Help me make my Ideas a Reality! | Milaap
Milaap will not charge any fee on your donation to this campaign.

Help me make my Ideas a Reality! 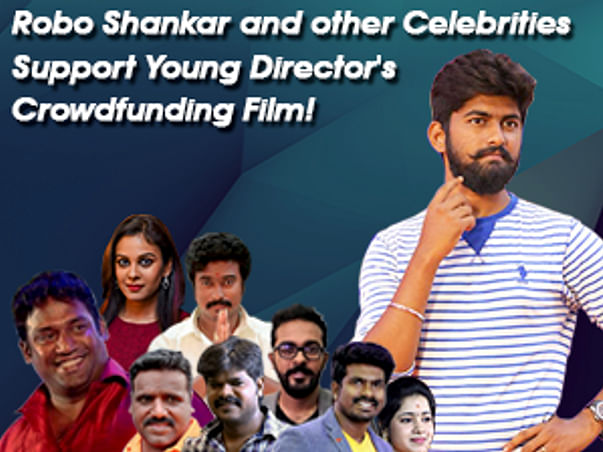 I am a younger son of "Stitching Tailor" in the past. Recently my dad passed away in the road accident on 21/07/2018. So now I'm taking care of my family in my own Media Production company named "YOUNG INDIA FRAMES".

The people who has wealth, producing their own film. But the creative filmmaker who grew from poor family, how can produce their own film, even if they have winning script? It's really Life long struggle right? Ya! Actually, Bhagvath Geetha,Bible, Thiru Quran, Thirukural etc, already have enough Great Content to teach people about WHAT IS LIFE!

So I'm not here to teach the audience about what is life thru my film; But I'm fundamentally here to entertain the people by making commercial entertaining films! Ya, It's Complete a Romantic Comedy Genre!!!

JOIN US,CONTRIBUTE, SHARE, BECOME A FAN, and together we will make it happen!

I love the word,
"By born POOR is not your mistake, But if you die POOR, it totally your mistake!"

As of now I'm not rich financially! But I'm actually VERY RICH in my Creativity & Writing sense! Apart from my event business, the reason why I came to cinema is, it's my Top Notch Passion! Not for earning money really. I watch all language movies in First day, First show. Sometimes, I watch 3-4 movies in a day in theater. That kind of movie freak I'm!

As I've already performed as Stage Entertainer in some stages, I can easily guess what is audience pulse & how possibly I can make them being entertained! So my script also came thoroughly entertaining & new age commercial! Cute Romance & Laughing Riot Guaranteed!

My Past Cinema Experience!

I've worked as Associate Director in Most Sensational Tamil Short Film named "The Affair" which won many International awards!

What Is The Biggest Challenge Of Debut Filmmakers?

Even though I have made everything ready for my successful debut Feature Film, when I go to familiar producers with the script to produce, they are already busy with some other films & I have to wait for years! Some other producers who heard the script after narration, they are asking high level category Hero & Heroine callsheets!

Unfortunately,for debut filmmakers, reaching big artists & narrating them became so hardest thing, as they are already so busy in many projects! But audience know very well that, to give blockbuster hit, Script is Much Important thing than Artists! Artists are like extra support only! So that I trust my audience who know the pain the making a film & here I came to this Crowdfunding concept to take off my successful debut Tamil Film Project!

Where There Are Failures?
Actually entertainment has evergreen huge market around the world! Especially films are most entertaining & enlightening medium! But why there are failures? Because,

Positively,we are very conscious & experienced young team who wants to prove ourselves to this society thru hitting cinema! I have very clear idea about from the beginning, filmmaking, to sell the film! But the biggest challenge that I'm going to face is that, to Reach this Crowdfunding Goal!

So every single Rupee that you are going to contribute to our young team is, so much helpful to motivate & support the youngsters to start successful film life Journey!

Regarding The Film & Our Production!
Script Work Finished!

Casting& Technicians details will be announced shortly once the Pre-Production work gets over!

If the Film campaign doesn't meet the fixed goal, we will use the collected funds as Initial funding, and balance funds we will get from film financiers to finish the film.

"With the support of your trust & contribution, further we will support & produce good filmmakers and good scripts with our production company! Which means you are seeding great vision now!"

By contributing the money, even it's a rupee, that means you are agreeing our terms & conditions in the above mentioned YouTube video link's description.
Why Should You Donate?
If you have watched at least one film in your life, then you came through some filmmaker's  big effort! Cinema is more toughest, highly struggling and most late process even for decades! Many people lost their life in cinema to get first opportunity! Because cinema won't give life to everyone! But it will give life to capable, genuine cinema lovers &talented humble technicians!

We are young, capable, more passionate, experienced, positive team who are ready to do anything for cinema! We gave our life only to cinema! So please don't make us too, to wait for decades to give a blockbuster debut film! Ya, your donation means a lot to us! Actually,

Use the sharing tools to spread the word in your all Social Media Platforms! Use exclamations!! Use more!!! Tell everyone you know about it!

Why should you do this as you are not related to me personally or officially?
Because,helping the right person at right time with your possible ways, will save you one day when you are actually in the need!

Which means, If a person inflict sorrow upon others in the morning, it will come upon them unsought in the very evening!

And the final thing I have to say from my bottom of my heart, Thank you, Thank you,Thank you! Thanks a tonn for your valuable time & concern in contribution!Now let's get this baby (FILM) to Born! 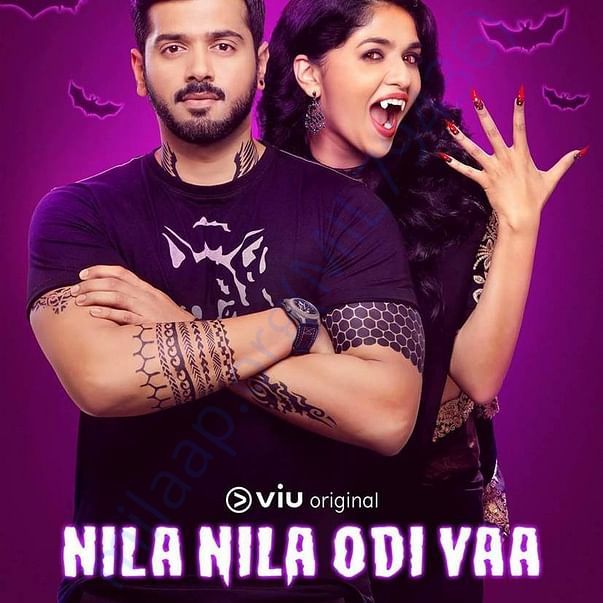 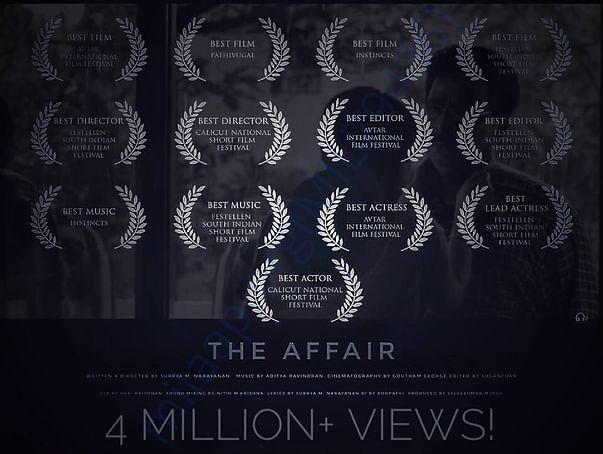 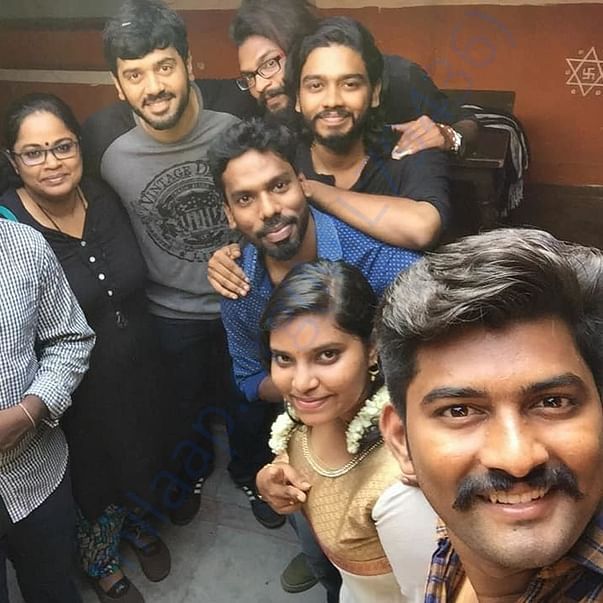 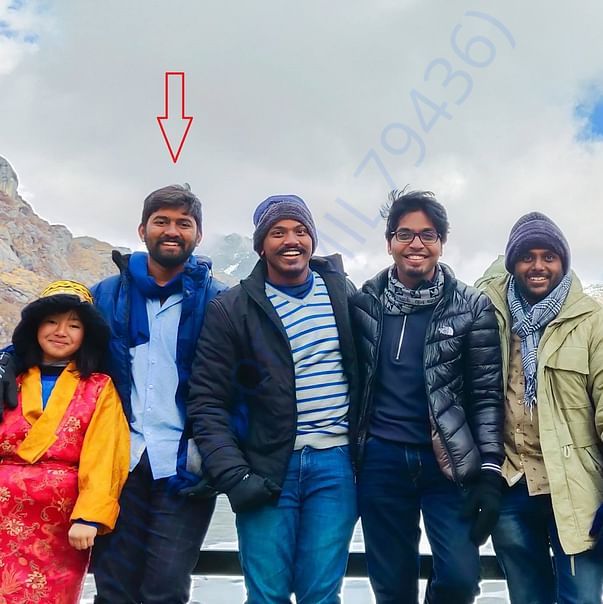 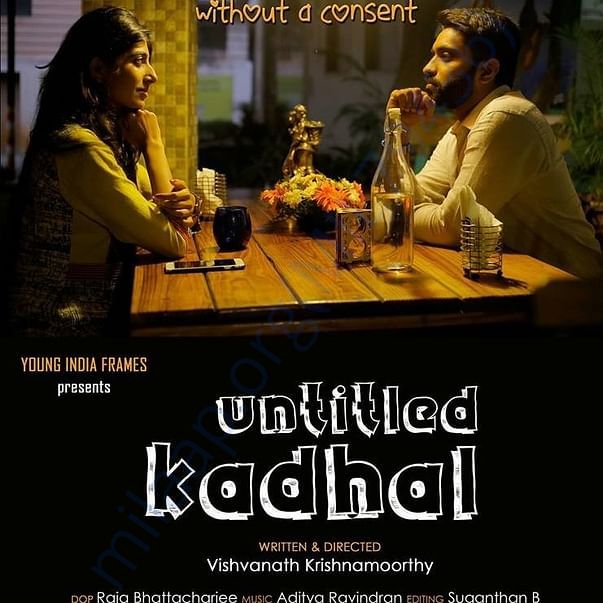 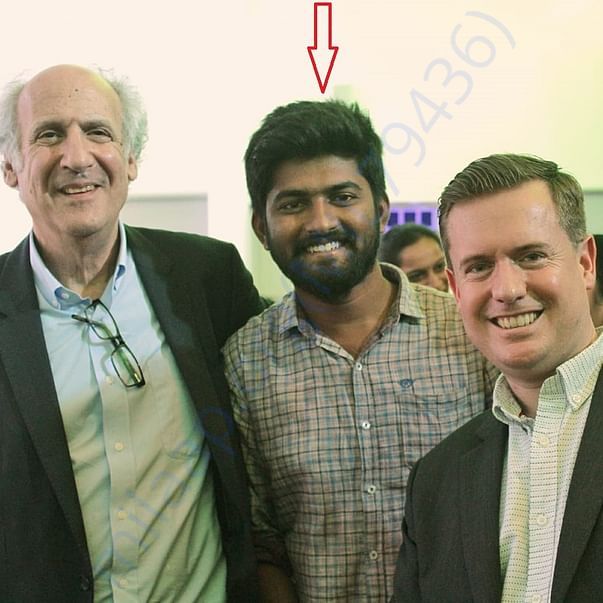 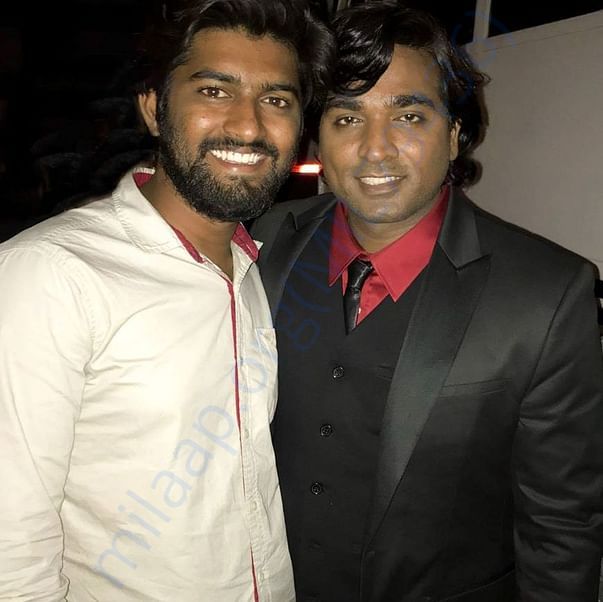 You are sending a message to
Visvanath Krishnamoorthy
Go back 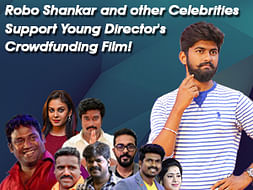 Help me make my Ideas a Reality!