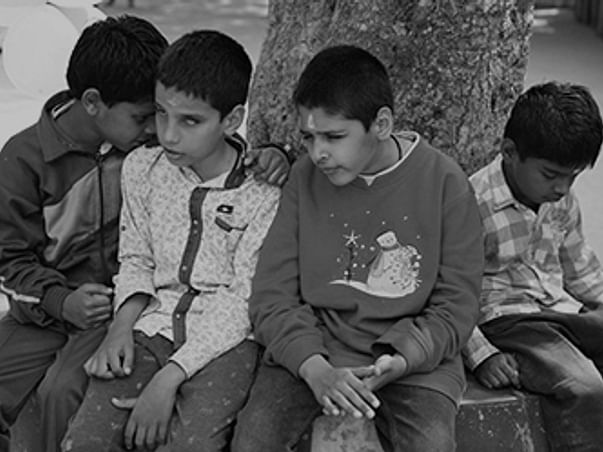 In India, out of 472 million children, many are still unable to go to school, do not get proper nutrition or healthcare and are exposed to abuse and exploitation. Education is as crucial as this because education gives people the knowledge and skills they require. Education is important to people of all ages and it has no limit. It is important because it is used to alleviate most of the challenges faced in life. The knowledge that is attained through education helps open doors to a lot of opportunities for better prospects in life. Similarly, Education plays a crucial role in the lives of visually impaired students.
In most of the cases, visually impaired students have limited opportunities to enter university compared to individuals with disabilities from other categories. Some universities are incongruous in their intake of visual impaired students. There have been several cases where the visually impaired students are transferred to other university after the orientation week.
Having to deal with sight loss or low vision is solely one of the challenges that the visually impaired are facing when living life. Visually impaired people have a tough time finding good reading materials in accessible formats. Millions of people in our country are blind but we do not even have the proper textbooks in braille, the novels and other leisure reading materials. Astonishingly, the Internet, the treasure of data and reading materials, too is mostly inaccessible for the blind people.
OUR PROJECT
National Association for the Blind Delhi (NAB Delhi) aims to send each and every visually impaired child into mainstream school. It highly advocates the concept of integrated education for social fulfilment. It also dreams to embed computer education and assistive technology into the lives of every visually impaired bringing them closer to the world. We attentively prioritize on qualitative education and skill development.
Ever since the pandemic started, one of the major questions raised was education. Students form a vital percentage of the spread of the virus, among students was the next level devastation. So, when the time came, online classes became the only option. Millions of students are enduring due to the prevailing digital divide. Even after more than a year into the pandemic, children don’t have a device to study from. While not stable net access and also the deficiency of digital learning devices, many still suffer from an absence of learning. On the other hand, there are thousands of visually impaired students who don’t even have laptops or smartphones, which means attending online classes is not fair for them as they couldn’t afford it.
In the changing technological aspect, books are clearly not enough to educate the future of our country. We recognized that if we want to truly educate our country's visually impaired children, we need to make technology reachable to them and that is why we decided to give them laptops and smartphones, so that they can use them not only at school but also at home, where they can explore beyond their school curriculum, without any limitations.
HOW CAN YOU SUPPORT?
Our aim is to provide every visually impaired child studying at NAB Delhi a laptop or smartphone to ensure that they all have access to online learning.
To help these visually impaired students, ‘NAB Delhi’ started a campaign to provide devices to under-resourced children. You can support us by sponsoring a digital device for visually impaired children to use.
Remember, this simple device can open the doors of knowledge for a visually impaired child and transform their families’ lives.
We won’t stop here, we'll work more towards the betterment of this society. We need to achieve a lot for visually impaired students as they're the unseen victims of this crisis and their struggles are the invisible prices this pandemic can claim. Your facilities will generate a huge distinction in making certain that India’s unfortunate youngsters survive and thrive in an exceedingly COVID world.
Grab the chance to present munificently and support education for visually impaired children to make sure that they need an opportunity at a brighter future!
Let’s make the life of these visually impaired kids a little easier during these tough times by sharing what we have.