Making an Indie Web Series | Milaap
Milaap will not charge any fee on your donation to this campaign. 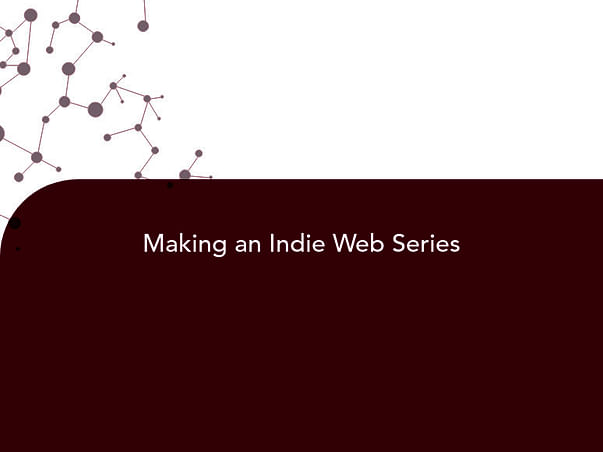 I am a writer. I have penned a novel titled "Chess Without a Queen" which is available on Amazon and other online platforms.

I have a YouTube channel named "Chai Pakoda" which has 3 small and experimental web series written and directed by me.

I have written and directed an award winning short film on theme to prevent suicides by young men.

I have also contributed to two full length feature film scripts for a reputed Kannada Production House, which are hitherto yet to be produced.

Currently, I am working on the script of a Hindi web series. It is a crime thriller and is based on the largest slum area of Asia - Dharavi in Mumbai.

It talks about the emotional journey of a father who has lost his teenager son.

Out to find the killer of his son, the father's own controversial past comes haunting for him and he is set on a journey which would not only transform his own life, but life would never remain the same for his family - his wife and other children.

The story talks about the choices in life, a sense of justice, a quest for truth and showcases a lot of contemporary realities about life, society, family, politics and the state of of affairs.

The web series has elements of love, revenge, conspiracy, friendship, loyalty, bonding, belonging, greed, understanding, parental love, sibling love, lust for power, a sense of right and wrong, integrity, fight to uphold values, emotional trauma, struggle with the past, hope for the future and a travesty of holding up hope in the sight of despair.

The protagonist Danish is a 55 year old Muslim businessman, living close to and brought up in Dharavi. He also dons the hat of a police informer.

When his youngest son, who is a teenager, has been killed by a person close to the police, and that too, at a time when his relations with the police have worsened, he is set on an unprecedented journey of his life unaware of what he might discover in the quest for justice for his wronged son.

A friend Ashish, who initially appears as the foe, is transformed by the values held by Danish. Ashish hates Muslims and yet fate intertwines the lives of Danish and Ashish where they discover friendship in the most unexpected scenario and how Ashish joins the journey of Danish.

The antagonist is the most unexpected person in the story and I would say, at this point, that the protector is the predator.

These and a host of other characters offer us a slice of life laced with the realities happening around us and an emotional journey that holds a distraught family together in times of crisis and this is the story of their survival against odds.

My only wish is to make meaningful and entertaining content. And therefore, I have created this fundraiser to help me make this webseries into a reality.

The plan is to make a pilot episode and take it to some reputed digital platforms like Amazon Prime, Neflix, Zee5, AltBalaji, etc. for full development.

I need funds to be able to make a professional pilot episode of at least 45-50 mins, which introduces the major characters, their lives and sets the path for the rest of the webseries.

The language will be Hindi/Urdu and setting will be in Mumbai. I intend to take seasoned actors for the pilot and the amount would include their remuneration plus production cost.

At present I am working on the script of the web series and the first draft of it is about 65% complete. I plan to finish the scripting in the next two months and then revision would go up to the end of the year or so.

From next year I plan to start making the pilot episode.

UPI: rzpy.givetomlpvirag000001@hdfcbank (Copy to clipboard)
Or
Click here to read the instructions before you make a bank transfer.

You are sending a message to
Virag Dhulia
Go back 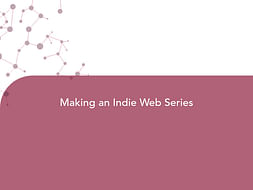