The Paralympic athlete who deserve the bronze medal.

Vinod, whose father fought in the 1971 Indo-Pak war, produced a best throw of 19.91m to finish third behind Piotr Kosewicz (20.02m) of Poland and Velimir Sandor (19.98m) of Croatia.
Vinod, suffered an unfortunate accident that left him paralyzed and bed-ridden for more than a decade. Vinod had overcome numerous challenges before he finally came across his true destiny, para-sports.

It’s been over a week since Vinod Kumar lost his Paralympic discus throw (F52) bronze but his daughter still believes her father is a Paralympic medallist. Sakshi, 7, watched her father finish third on the live stream but isn’t aware yet of the fiasco that followed.
“She still thinks her father got home a medal from Tokyo,” says Anita, Vinod’s wife.

First, there was the joy of the 41-year-old setting a career-best attempt of 19.91m to earn him bronze in the F52 classification of the men’s discus event in Tokyo. But the result was put on hold for a classification review. And after the assessment the following morning, the panel found him ineligible for the F52 category.

“We had already distributed sweets to our neighbours and were celebrating his win,” Anita recalls. “We thought our life would change after the medal but later that night my husband called me to and said the results were put on hold.”
Vinod’s call came as their home was swarming with celebrating friends and relatives. They muted the festivities, but still remained hopeful. But the next day, Vinod, in tears, called Anita to inform her that he would not return with a medal.
“No matter how tough you are at the end of the day, you are human. I am still shattered,” says Vinod.
The moment the initial results came out, Vinod thought his life would take a turn for good.
“I thought I would finally be able to buy a house for my children. I thought my loan installments would be sorted and I could also return the money I have borrowed from my sister,” he adds.
He claims the loans, including interest, amount to around Rs 10 lakh. The small grocery store they ran near the Rohtak stadium too has been vacated and the family currently has no source of income.

WHY HE NEED THE HELP? Check his words!
“I don’t want to sit and think all day about the medal that slipped from my hands, but I want to train for Paris. I desperately need some support or else I would be forced to quit sports. Right now, it’s a struggle to even take care of my family’s expenses. 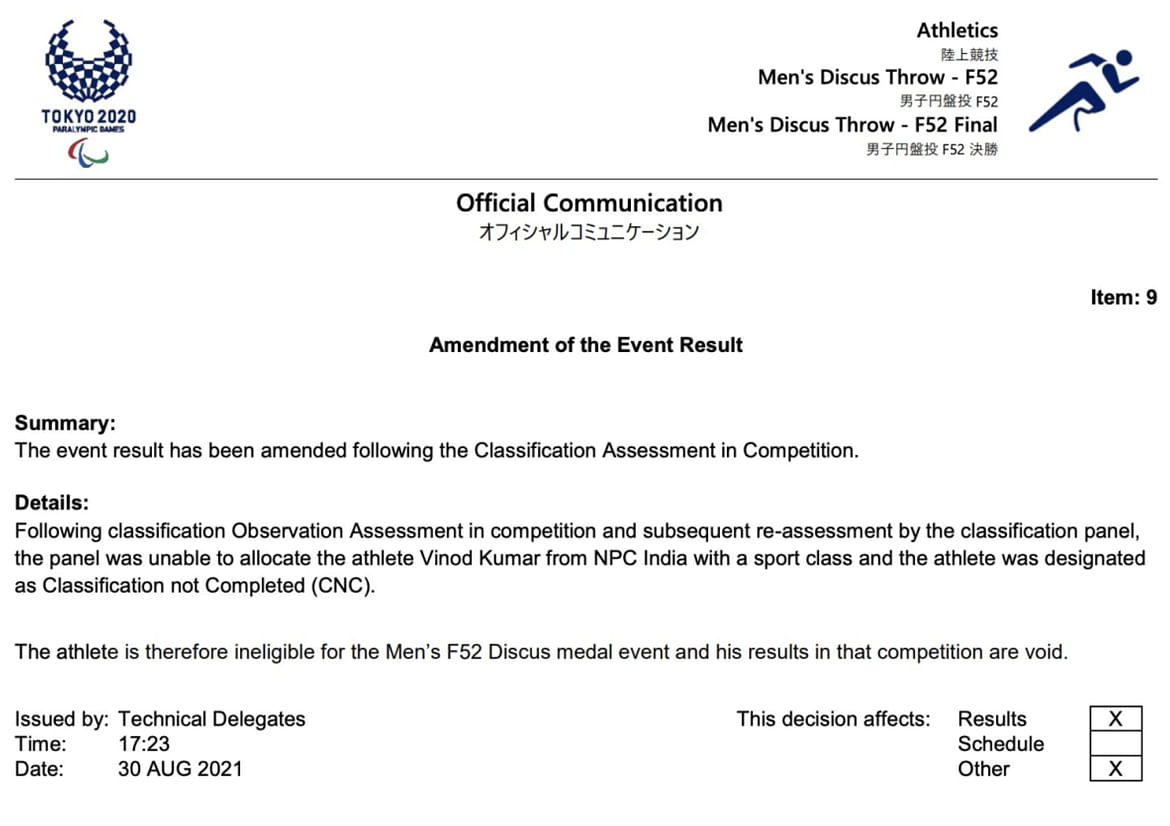 We are requesting you all to help him in this tough time so that he can bring not only bronze but a GOLD medal next time.