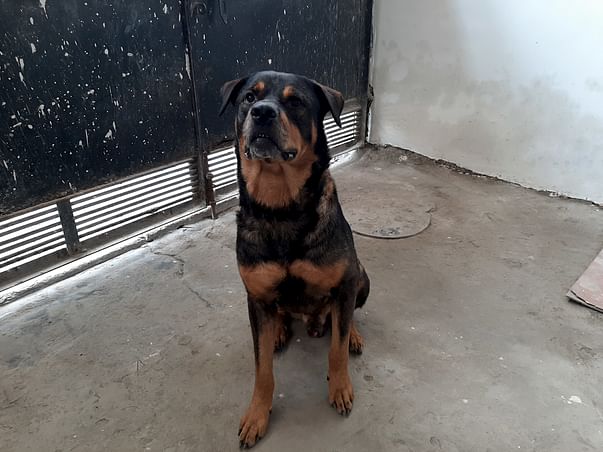 Rusty is a young Rottweiler an Pitbull cross, who was abandoned on the road by his owners. Maybe because he was suffering from severe skin infection and ticks that forced him to keep scratching his skin, or maybe because he had a wound on his back, which was caused because of either scratching or maybe a dogfight that rusty was involved in.
I saw rusty when his owners dropped him off in a field across my house, as I live in a countryside area. A car stopped near my house and a boy came out with Rusty. He threw a ball in the field and shouted, Rusty hush!, due to his habit, Rusty ran to fetch the ball, with a limp in his leg. While he was after the ball, the boy got into the car and left off.
Poor rusty couldn't even follow the car because of his leg injury. I waited for his owners to come back for another hour but they didn't come back! Rusty was still waiting by the side of the road until late evening, so I went to him and offered him some milk and bread, which he happily ate. I tried to take him home but he refused to walk towards me, and due to his gigantic size, I was afraid to go close. This continued for two days when Rusty finally decided to leave that place and started roaming around. I couldn't see his condition and so, I contacted a foster home for dogs. They came and took rusty in their shelter.
Rusty has been staying there for almost a week now and his treatment is going on, that I am trying to handle but my family isn't ready to support such a cause. So, I am here to seek help from the world, for rusty, so he can be healthy again and someone may adopt him. He can be a strong guard dog and so, I am looking for a farmhouse for him, but no one is ready to take in an injured and wounded guard dog.
So, his treatment is crucial for his well being, but it is quite expensive for me to afford alone.
He has a wound on his back that requires antibiotics and ointments to control the infection that would lead to bigger worms. He has small worms in his wounds that need to be controlled. The vet has recommended a diet for him according to his size as the medications he is on are strong and could lead to weakness if he doesn't eat well. Moreover, the foster home also has a fee that needs to be paid monthly for taking care of Rusty, including his bathing and medications on time. My biggest concern right now is the limp in his front leg, that is due to a fracture in his right front leg.
This needs a surgery that is also pretty expensive as it needs to be treated at a private clinic, not the government hospital that is in my city. due to lack of facilities.

UPI: rzpy.givetomlpvidhi000002@hdfcbank (Copy to clipboard)
Or
Click here to read the instructions before you make a bank transfer. 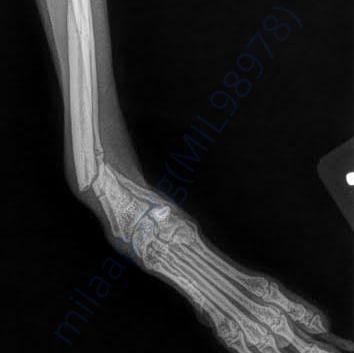 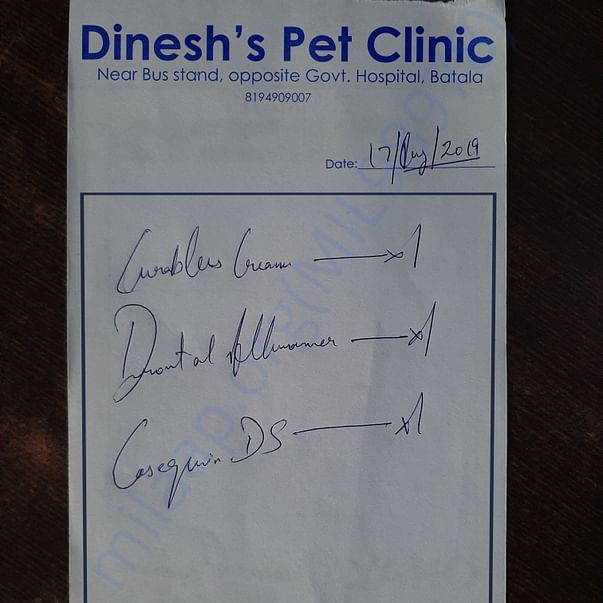 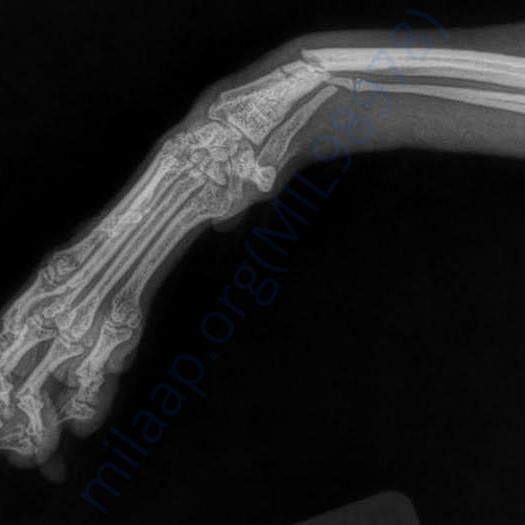 UPI: rzpy.givetomlpvidhi000002@hdfcbank (Copy to clipboard)
Or
Click here to read the instructions before you make a bank transfer.

V
You are sending a message to
Vidhi
Go back 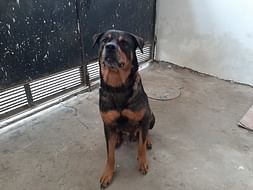