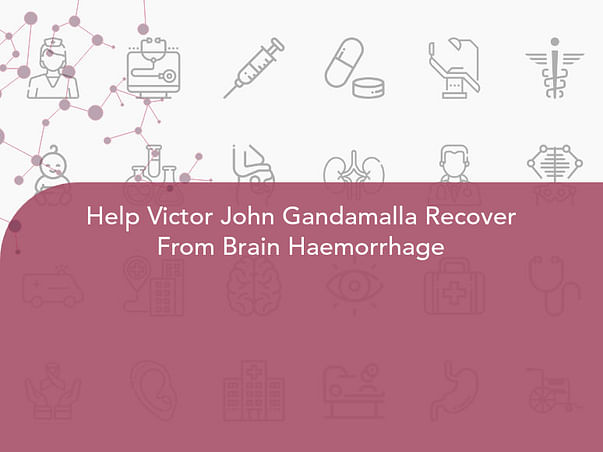 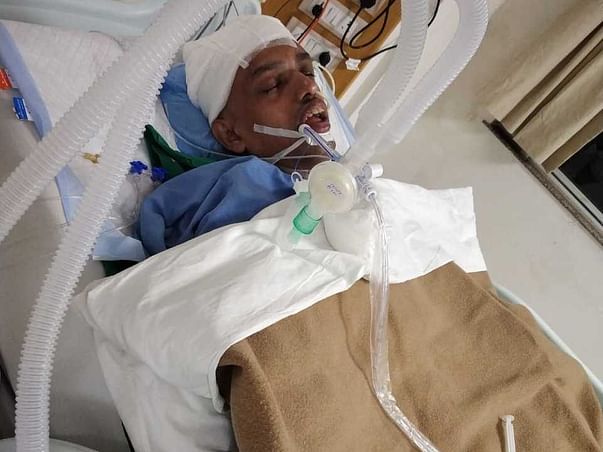 On behalf of Victor I want to pen down the painful events that has undergone during his brain stroke.
On Wednesday morning 13th November, Victor John Gandamalla, woke up to get ready for office. Suddenly, in a matter of seconds his brother-in-law saw him collapsing on the sofa frantically shaking his right foot and hand. He got worried and called his wife (Victor’s sister) to witness the incident. They felt something was wrong with him as he was not responding to any of their questions. They called up a friend and an ambulance service and rushed him to Jupiter hospital, at Thane.
While on the way to hospital, he vomited blood which was a cause of grave concern to both of them. On arrival at the hospital the attendant doctor examined Victor and diagnosed it as Brain Haemorrhage.
Nowadays, everyone is aware about heart attacks, but not many know about a brain attack/stroke, which can wreak as much havoc. The heart stops in only one way, but the brain has many ways to remind us of human frailty.
Victor was admitted to the ICU on a life support machine and his family were told that he will have to be kept under observation for 48 hours. On the 2nd day his situation worsened as the doctor informed them that Victor’s response rate was about 20% only, and that they would have to perform a lifesaving operation to get the clot removed, as the brain was swelling at this point. If he wasn’t operated immediately, he would go into a coma.
He was successfully operated on 15th November however, the right side of his body is paralysed and since then he is on ventilator struggling for his life. He is currently admitted to the Critical care unit, at Jupiter hospital, Thane.
Until now, the family has already spent about Rs. 6 lakhs and the further estimated costs are 15 lakhs and more for medication and treatment. Although his family is doing the best that they can however, given Victor’s condition, he will be needing further medical aid. In this situation your kind help to raise funds for Victor’s treatment is solicited. Any contribution no matter how small, will be of immense help. Do share this campaign link with your friends and family and help support this cause.
Victor, who is 38 years old, is a humble and kind person who always has a smile when you meet him, thus it is disheartening to see him in this delicate condition. You will surely agree that he deserves a strong chance at life, and it is not only your monetary support but, your prayers that will see him through this time.
Thank you in advance not only for your contribution and prayers, but also for taking the time to read this post. God bless you all!