1-year-old Venkata Laxmi’s failing heart is suffocating her so much that there have been days where she hasn’t been able to breathe without the help of a ventilator. A hole in the baby’s heart is worsening her condition every day and she won’t last long unless she undergoes a heart surgery very soon. Her treatment has been delayed for a year because her poor father just can’t seem to afford it.
Venkata Laxmi’s severe condition bothers her parents every day
“Along with her hands, her legs are turning very blue too. She struggles to breathe because of which she just remains so quiet most of the time. She doesn’t laugh, neither does she feel like playing much too. All the parent wants to see their kids happy and playing. She can’t talk but I know she’s suffering so much. It disturbs me to look at her like this. “ – Balaji
In May 2020, when Venketa Laxmi was just an infant, she was diagnosed with a dangerous hole in her heart which needed urgent attention. The 1-year-old has luckily survived for an entire year but now, her condition is so serious that her heart is at a very high risk of failure.
Venkata Laxmi is a fighter who has survived several respiratory failures
“This happened once after May 2020 but again, just 2 months ago, her breathing stopped and her body became so cold. I thought we had lost her. But again, she fought hard and survived. Those days in the ICUs were just so scary. It’s so difficult for any parent to watch their child buried under pipes and needles.” – A. Kumari (mother). 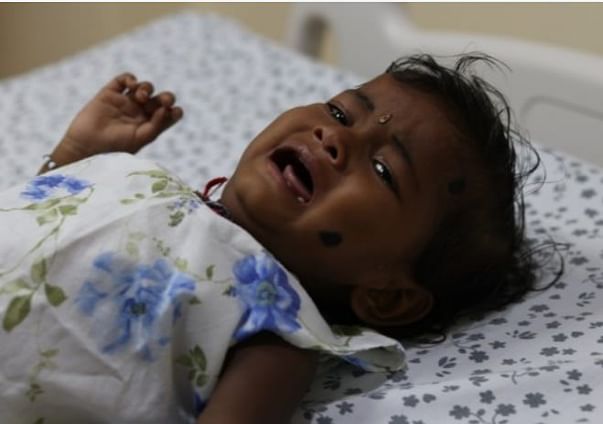