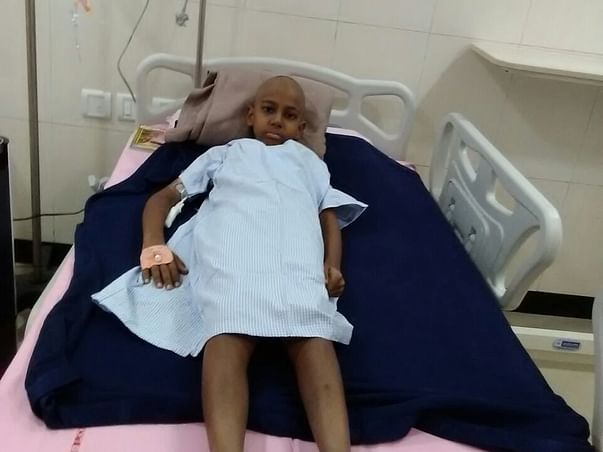 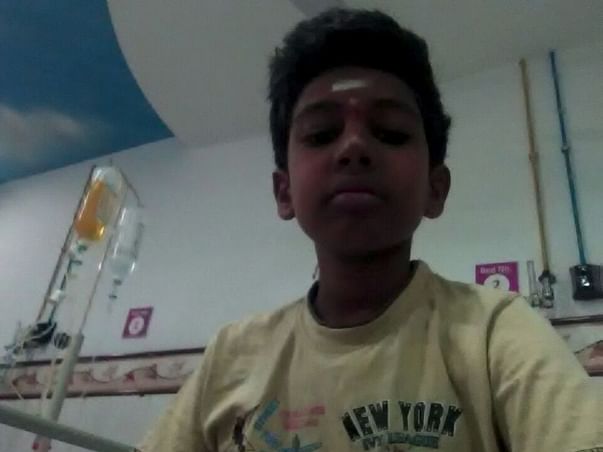 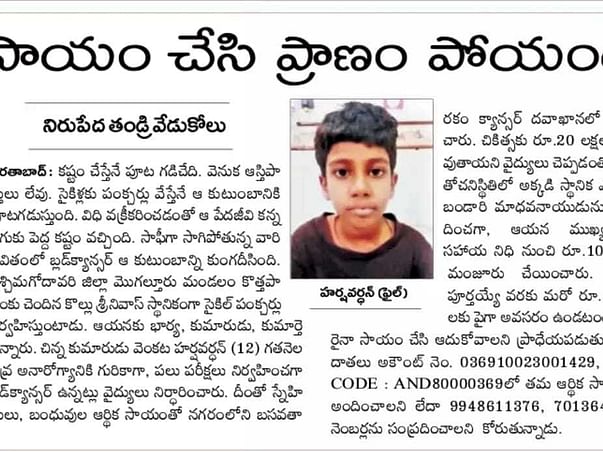 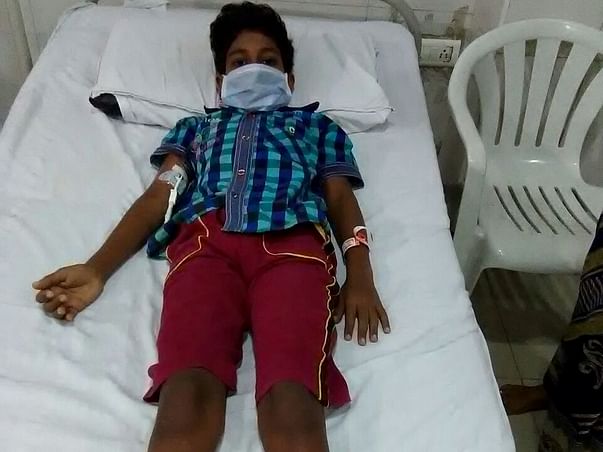 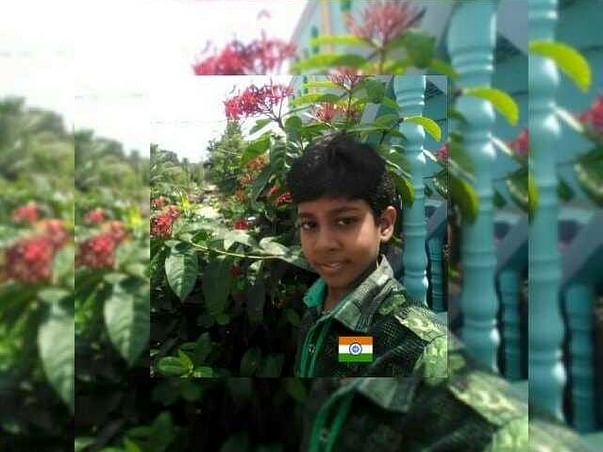 Previous Next
Harshavardhan is a 12year old boy who is fighting against blood cancer. He was admitted in Basavatarakam Indo-American hospitalon 12th July.
He is an energetic and fun loving boy who loves to go to school, joke around, take selfies, watch movies.He never fails to lighten up the faces of everyone around him. He is always doing something which leaves his parents stunned, as he could not attend school for independence day because of being admitted in the hospital.
He decided to celebrate it in such away no one thought of before . He took a selfie in the hospital and edited it with the flag on his shirt and a vibrant background and showed it around with a huge smile to everyone around him.
He is from a small village kothaplem which is in west godavari district in ANDHRA PRADESH.
His father works in a cycle punctures shop. And he is a kind hearted man who believes in donating the little he can to those in need. He who has many is now in a situation where he might loose his only reason to live. While his child is fighting a disease which he understands little about, he is sleeping outside on the footpath starving and trying to collect money for his child.
Let us help this child who has the heart to make others happy while he himself is in pain and not once complaining about it.
Hospital Address :
Basavatarakam Indo-American Cancer Hospital, Road no. 10, Banjara hills, Hyderabad, Telangana 500034.

UPI: rzpy.givetomlpvenkatah001@hdfcbank (Copy to clipboard)
Or
Click here to read the instructions before you make a bank transfer.

This is the estimation statement given by the hospital 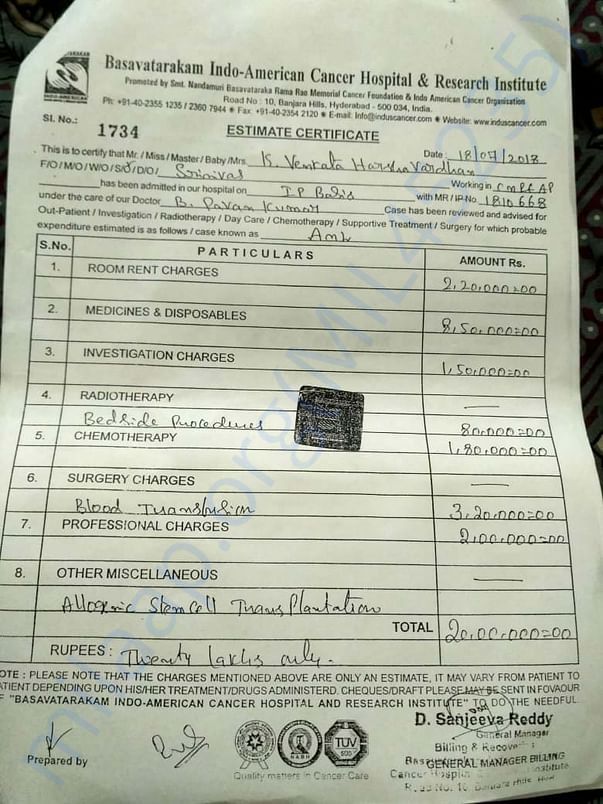 Here is another identification proof 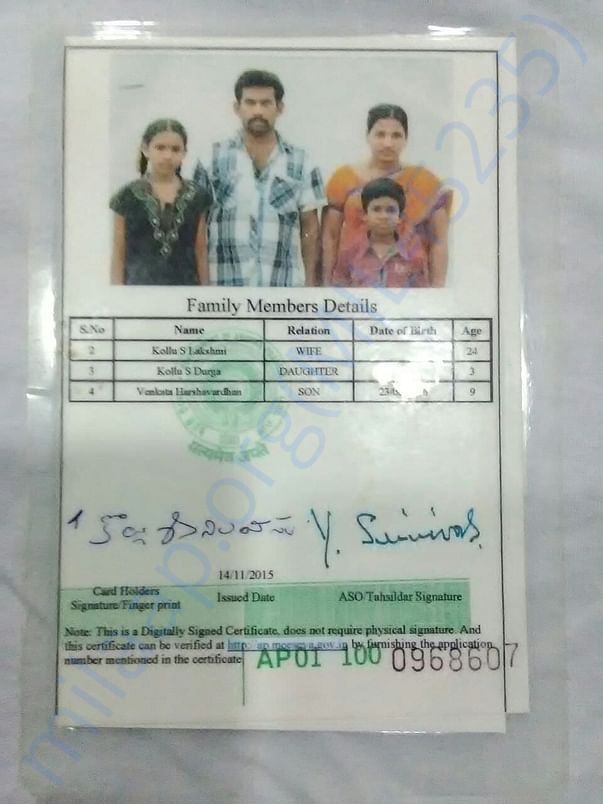 This is one of his treatment reports 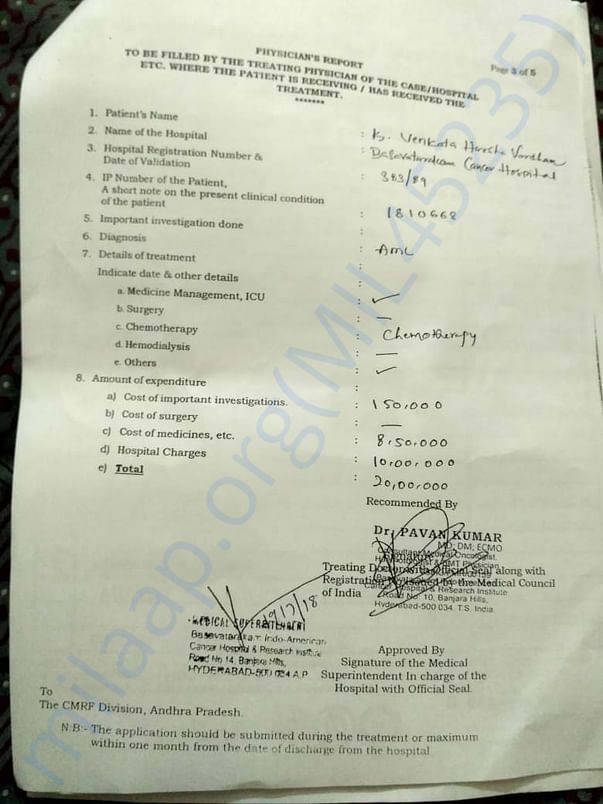 Here is Harshavardhanv's Aadhar card as an identification proof 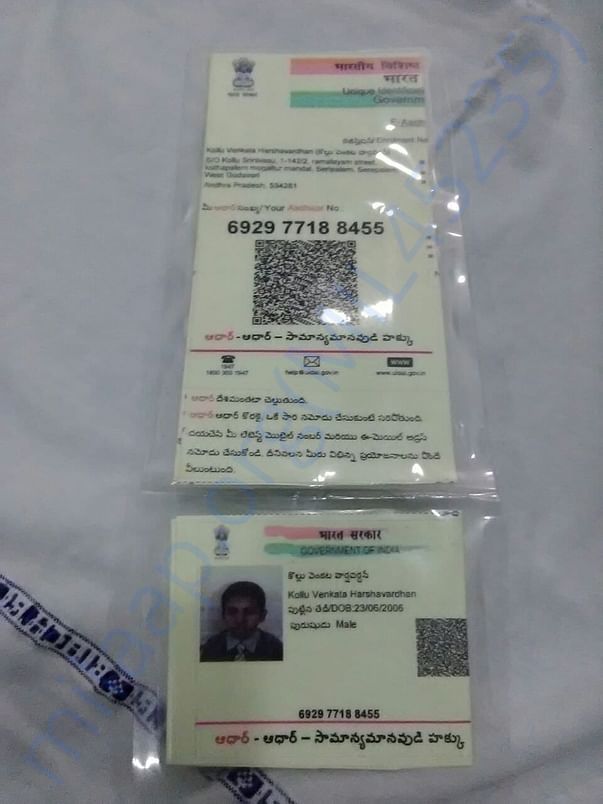 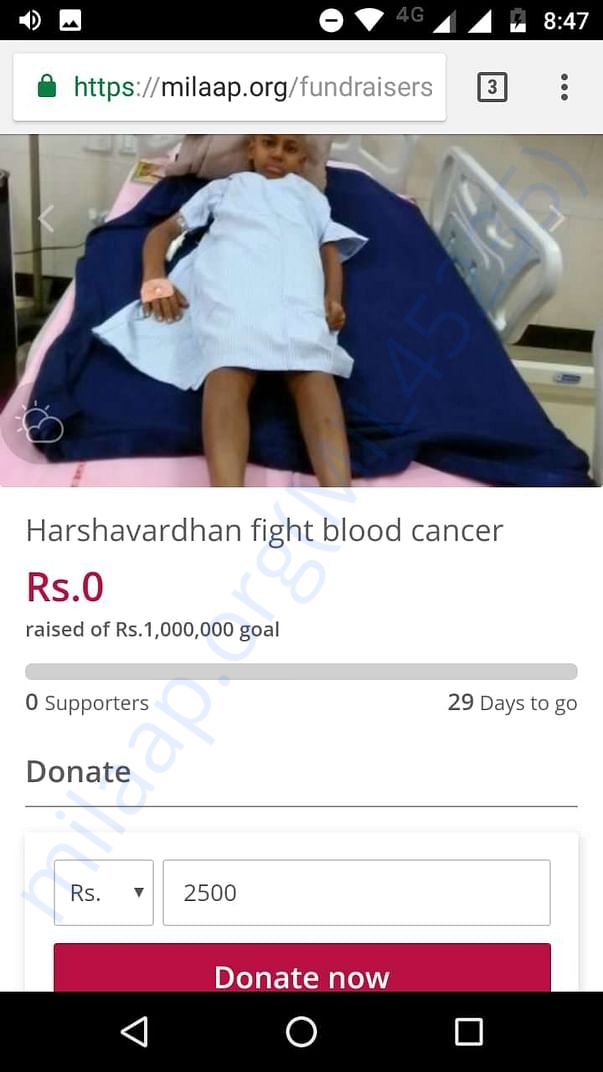 UPI: rzpy.givetomlpvenkatah001@hdfcbank (Copy to clipboard)
Or
Click here to read the instructions before you make a bank transfer.

Thank you all for your kindness and love that you showed in supporting my son.

Venkata Harshavardhan is currently at hospital. He underwent bone marrow transplant successfully and the donor is his mother. After the treatment, he is suffering from nausea frequently. We are in need of more funds for further treatments.

Thank you all! Please pray for his health and share the campaign.

Everything will be fine harsha..be strong and hope speedy recovery for your health..god bless you From pooja akka

Wish you speedy recovery...god bless you..

Everything will be fine harsha..be strong and hope speedy recovery for your health..god bless you From pooja akka

Wish you speedy recovery...god bless you..

You are sending a message to
friendlydeeds2018
Go back 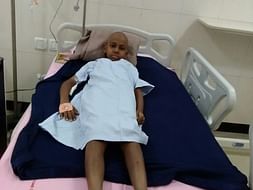