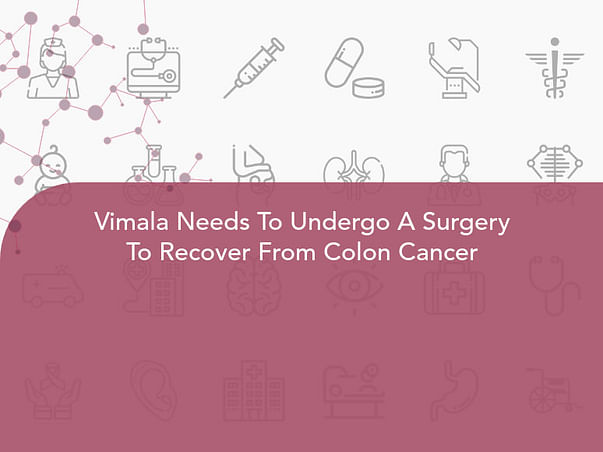 Share
Vimala's life has been very miserable. She works as a helper in a school and her husband works as a daily wage lobor (salesman in retail shops on commission based). Their earnings are sometimes not even sufficient to run their kitchen. Vimala has two kids;15 years old daughter Rajeshree & 10-year-old son Hari. She has been struggling a lot to take care of them. But unfortunately, she was diagnosed with stomach cancer a month ago.

She took the help of neighbors and joined the Basavatarakam cancer hospital for proper diagnosis and treatment. They have confirmed that she is suffering from CA Colon cancer must undergo 25 cycles of chemotherapy.

Vimala needs to undergo immediate surgery to recover from suffering. She is more worried about her family than herself. She says, ‘they will not be able to manage their daily food and kids will be alone’.

As suggested by neighbors, she tried to apply for Aarogya sree to avail government benefit. But she didn't have an Aarogya sree card, so she had to lend money from others.

She needs your support and helps to go for chemotherapy. Your small contribution will have an impact on not just one but hope family.