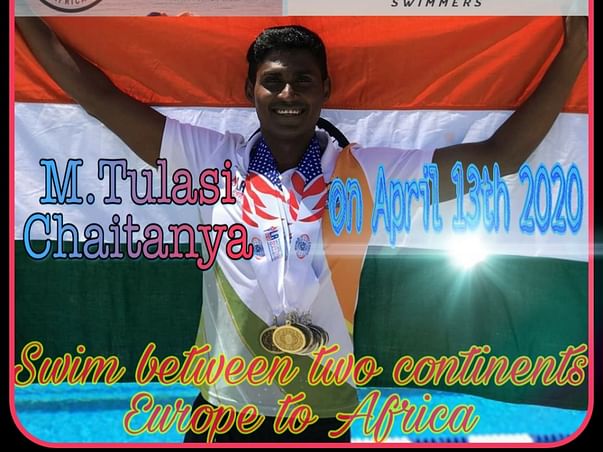 He is the first swimmer to cross the Palk straight from SriLanka to India which is Talaimannar to DhanushKodi which is around  25 km he swum in 8 hours 25 minutes and he set a new record on 25th March 2018.

He is the first Indian Cop to swim across the Catalina channel, one in the seven oceans which were held on 16th September 2019 he swam 32.3kms within 12hrs 40 min 24 seconds.

There is no end to his records which was set by Tulasi Chaithanya. Now Tulasi Chaitnya has to move for his dreams which are the three events helding this year.