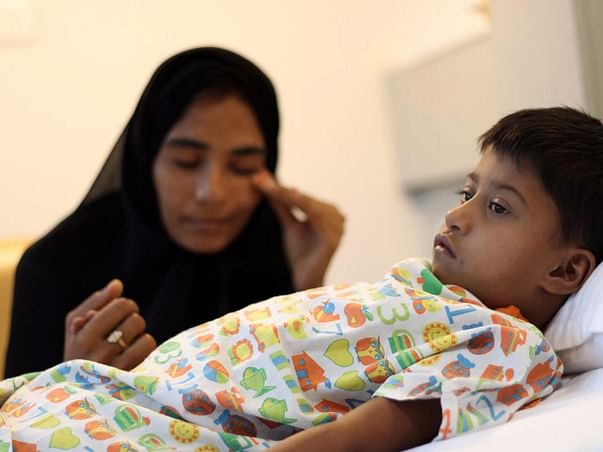 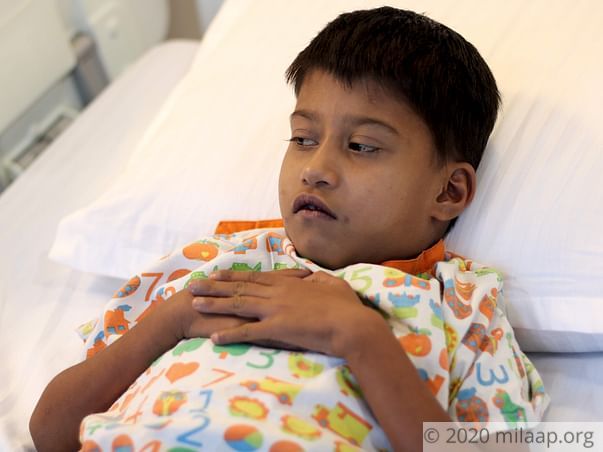 “The other day, Thasmiya had gone to the bathroom and did not come back even after half an hour. When I went to check on her, I was shocked to see her lying motionless on the floor. My poor child’s heart had already made her so weak; if she goes on without a surgery for long, we will lose her. We are so poor that we have to go to sleep on an empty stomach on most days, how will we afford her expensive surgery? It kills us to see our child suffering so much, but we are very helpless.”-Sabeena, mother of 5-year-old Thasmiya.

Little Thasmiya’s heart, unlike a normally functioning one, has a narrowing of valves that restricts blood flow between upper and lower chambers of the heart and can result in heart failure from increased pressure. The valve that regulates blood flow from the heart to the lungs is not formed properly. In addition, oxygen-rich blood mixes with oxygen-poor blood thereby causing volume overload and increased blood pressure in the lungs. This child is also at the risk of getting life-threatening lung infections because of her heart condition.

When her baby girl started turning blue just hours after her birth, Sabeena could not understand what she was seeing. She believed that exhaustion from the delivery had made her imagine things. But when the baby’s breathing was accompanied by a whirring sound, her motherly instinct told her that something was wrong. A visit to the doctor in their hometown of Dharmapuri, Tamil Nadu, proved her worst fears true: her baby had a heart problem and needed an urgent surgery. Sabeena and her husband, Inayat, a poor daily wage laborer, begged and borrowed to make that surgery happen.

“We asked everyone we knew for help. We also got some money from the government and somehow managed to make the surgery happen. The doctors told us then that they were placing a shunt to improve blood flow to and from the heart, but it was not a permanent cure. They told us clearly that she should get another surgery in a few years, but due to our lack of education we kept ignoring it until things got really bad.”-Inayat, father.

Thasmiya always wanted to play ball with her elder brother, Asif (12), but could never do so. Whenever she tried to run very fast or jump, she would feel heaviness in her chest area and her breathing would become very rapid. Even in school, she was not allowed to participate in any physical activity. She could only watch the other children play, helplessly.

“On some days, she would come back from school early. She would be both sad and tired – if I asked her something, she would burst into tears. She would ask me, ‘Why can’t I be normal like other children, Ammi?’ and I would have no answer.”-Sabeena.

Now, Thasmiya’s condition is so bad that she is mostly bedridden

Thasmiya was not growing like normal children in all these years, despite her parents giving her nutritious food. She was also severely underweight, but now she has become weaker than ever. She is too tired to even get up from bed in the morning. Even a small exertion can make her faint. Her parents took her to a good hospital in Chennai by borrowing money from friends, and the doctors there have told them clearly that she needs a surgery within a few weeks.

“She is losing consciousness regularly now. Her whole body has acquired a bluish tinge now. All she does is lie in bed and ask me to hold her close. She does not talk much either. I want my daughter to get the surgery, but her father only earns Rs 100 a day. Nobody is giving us loans. We have no way to save her.”-Sabeena.

Thasmiya has only months left to get a life-saving heart surgery. She is very weak now, and can hardly eat or sleep. Her mother, Sabeena, knows how critical her daughter is, and does not leave her alone for fear of her losing consciousness. Multiple heart defects are not only robbing this innocent child of her childhood, but they are causing severe breathing problems too. She will never have a normal childhood without an urgent surgery that her laborer father cannot afford. Worse, she will even die without it. This child can be cured with your kindness.

UPI: givetoenayath@yesbankltd (Copy to clipboard)
Or
Click here to read the instructions before you make a bank transfer. 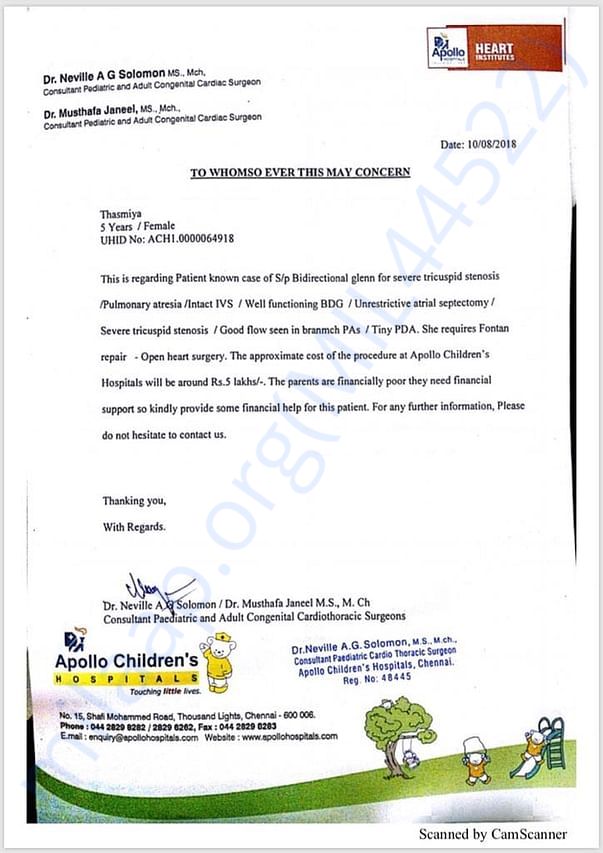 UPI: givetoenayath@yesbankltd (Copy to clipboard)
Or
Click here to read the instructions before you make a bank transfer.

Surgery for Thasmiya is still pending. Doctors are suggesting that she's is very weak to conduct a surgery so for now, they are waiting for her to gain some weight.

As of now, she is unable to walk and make movements. We're also waiting for funds since the surgery will take place soon. We're really thankful to each one of you for the love and support which you have shown towards us, please pray for her recovery.

We shall keep you all posted.
Thank you,
Regards,
Sabeena
Donate

Report fundraiser
See how thousands are crowdfunding for their causes on Milaap
Rs.11,100 raised

Donated to this campaign via Paytm? Click here if you can’t find your donation listed below.
st
sanjay donated Rs.500

Donated to this campaign via Paytm? Click here if you can’t find your donation listed below.
st
sanjay donated Rs.500 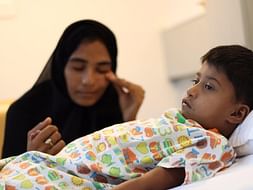