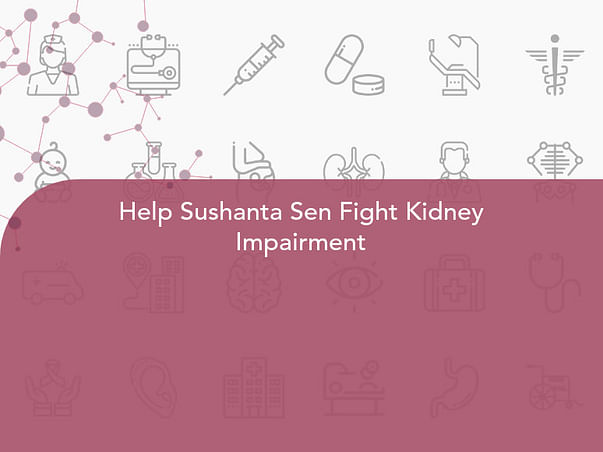 Mr. Sushanta Sen aged 55 was diagnosed with slight high level of creatinine in 2017 which led Mr. Sen to consult reputed doctors of esteemed medical organisation. In a country where the health awareness in people is generally low, it is often found that patients are diagnosed with critical illness in their final stage. However, in spite of having the diagnosis in the early stage, Mr. Sen had to undergo severe health crisis due to his impaired kidneys. The health condition of Sushanta Sen kept on deteriorating with each passing days in spite of providing him with costly medication which was becoming very hard for the family to afford. In the last two year the declining health of Sushanta Sen was making no sense to his family as they thought he was in the best hands. By August 2019, the creatinine level went up to 19.26 units and it was a situation where his family almost lost hope and thought there was no more chances of saving him. Luckily, on same month his family decided to start the dialysis and after conducting 6 dialyses the creatinine has reduced to 4.67 units. The medical cost of every month has risen to almost 50000 and they are not able to continue his further treatment due to the lack of funds. Mr. Sen was the only earning member of the family and his present health condition does not permit him to work thus, it has become impossible for the family members to continue the treatment as all their savings are exhausted. In the last two years they have already spent 5 lacs and there is nothing left with which they can move forward with his treatment. Please help them save their father and give him the life that he deserves.

Donate
0%
Be the first one to donate
Need Rs.600,000
Card, Netbanking, Cheque pickups
Or Donate using