Help 7 Year Old Surya Fight Dengue Fever! | Milaap
Milaap will not charge any fee on your donation to this campaign. 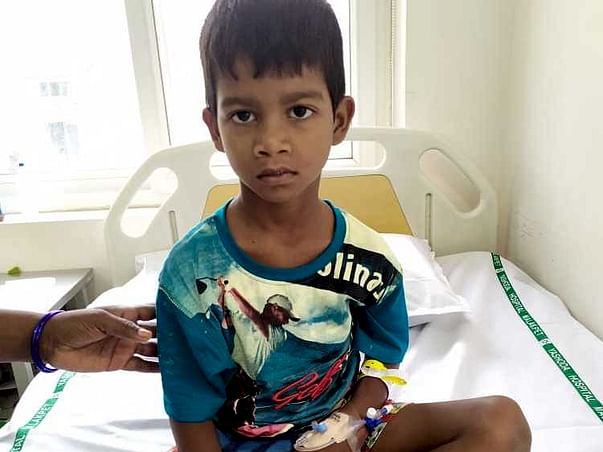 My name is Gopi and I am here to fundraise for my nephew, Surya Narayana.

Surya Narayana is 7 years old and is residing in Hyderabad, Telangana and is the son of Sushila and Gundu Nageshwar Rao. Suriya has been diagnosed with Dengue fever.

Sushila had bid farewell to her eldest daughter Supriya all by herself, having taken her body from Hyderabad to Nellore, the family’s native village. The 18-year-old had succumbed to dengue the previous day. Sushila’s husband G Nageshwar Rao was not by her side as he was grieving by himself, keeping vigil outside the ICU of a private hospital in Hyderabad. That was because the couple’s other two children – Sanjana (5) and Suryanarayana (7) – were both admitted to the ICU. Like Supriya, they too were suffering from dengue.

The family had taken Supriya to a local clinic when she had complained of terrible stomach aches and she had tested positive for Dengue. She had started bleeding profusely, the paramedics could not control the situation and had informed to take her to a hospital. It was too late for saving Supriya at that time. Sanjana and Suryanarayana was bought to the hospital shortly after Supriya. Suryanarayana's eyes were swollen because he was crying inconsolably, grieving for his sister Supriya. His platelet count was still in the safe zone at 2 lakh but the doctors panicked when they examined him. Suryanarayana’s BP was not even recordable – it was so low – and the pulse was extremely weak. They realised that if he was not treated immediately, he could go into shock.

Sanjana is currently discharged, but Suryanarayana continues to be in hospital. He is out of the ICU. If the trauma of losing Supriya was not enough, the parents are now staring at mounting debts. Nageshwar Rao borrowed Rs 2 lakh from a moneylender at an exorbitant rate of interest (Rs 2 for every 100 rupees) to pay the hospital bills.

Here is the story by T S Sudhir on FilterKaapi for the same - https://filterkaapilive.com/2019/09/17/dengue-mother-cremated-eldest-daughter-father-kept-vigil-in-icu-for-her-siblings/

Please come forward to help me save my nephew. Any contribution will immensely help the family. They need your support. Do contribute and share this campaign link with your friends and family.

UPI: rzpy.givetomlpna000000387@hdfcbank (Copy to clipboard)
Or
Click here to read the instructions before you make a bank transfer.

Report fundraiser
See how thousands are crowdfunding for their causes on Milaap
Rs.12,205 raised

G
You are sending a message to
Gopi
Go back 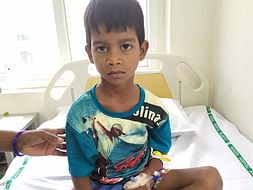