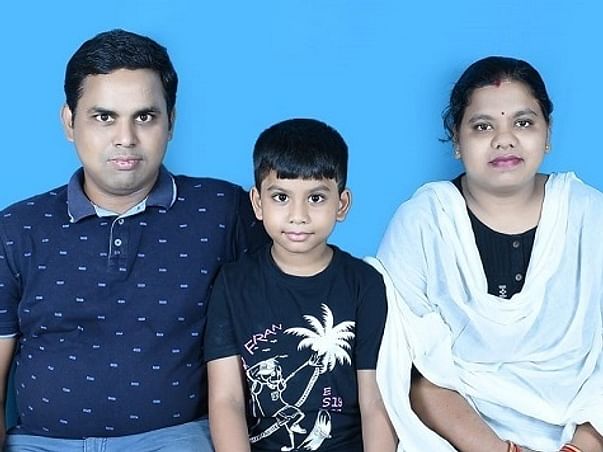 It is with extreme sadness that we announce the passing of Suresh Chandra Maharana on May 20th, 2021 after a long battle with Covid19. Suresh was a bright spark in this world and will be deeply missed. He touched the lives of so many and it’s our turn to give back to his family in their time of need. Suresh, the only breadwinner of his family is survived by his wife, Sujata (homemaker) and 6 years old son, Saisampad Maharana. While we were able to cover the majority of Suresh's medical expenses throughout the Covid19 treatments, we’re having a difficult time fulfilling his last wish which he managed to pen in a diary while breathing his last. Being an educationist, Asso. Professor in KIITS, BBSR, his only last wish was to help his son get good education and continue in the same school, DPS BBSR. His son had got admission to the school this year. We are raising money to cover the cost of his schooling until Class 12. We want to thank everyone for all the kind words and support they've already shown us throughout Suresh's battle with Covid19. It means more to us than words can say.