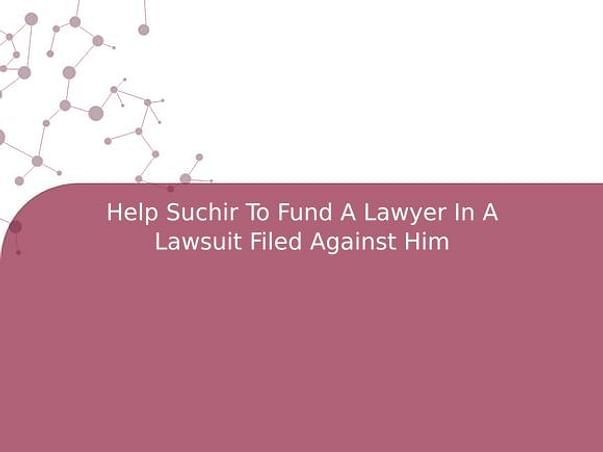 Share
Summary: A lawsuit has been filed by a Multi-national Home Appliance Company against a consumer, Suchir. We need to raise 1 lakh in funds for the lawyer's fee.
Last year, I requested for a refund of a service charge of Rs. 5685 for a faulty and incomplete service of an old home appliance (they charged me but then eventually said that the spare part required was not available).

Instead, the multi-national home appliances company and its customer care blocked me from calling them on the instructions of the management. Therefore, with no other means left, I tweeted about the company's service and operations just as several other consumers of the brand as well. This was after facing a series of difficult and unfortunate incidents with the company including with the CEO, who frankly was very threatening. At one point of time in July last year, I received a call from the CEO in India where he informed me that "Your mother is a woman. And thus, I am not raising my voice. Or else I would have shown you my power"...

December 2020 onwards, my mother and I started receiving several legal notices and legal threats claiming that I have defamed the company due to the mails I sent to the head office and the tweets requesting for the service refund/completion of the service. However, the threats and notices never stopped. We kept receiving mails, couriers and posts with threats of FIR, prosecution etc. I am being bullied by the management of the MNC with a lawsuit.

The issue has now evolved from the refund request of INR 5685 to now a legal lawsuit suing me for Rs. 2.1 crores filed, listed and accepted into the Delhi High Court on Friday, 4th June 2021.

I cannot afford a lawyer. I lost my father in December 2019 to cancer, to whom I promised that I will work hard towards education to become something in life….

It's only mom and me in the family.

And being in my position, the situation has put us into a trauma. To be honest, we have never had the need of a lawyer and never been in such a situation.

I would be very obliged and grateful.

Donate
42 supporters
69%
Raised
Rs.68,571
of Rs.1,00,000
Only INR donations accepted towards this cause
Card, Netbanking, Cheque pickups
Or Donate using