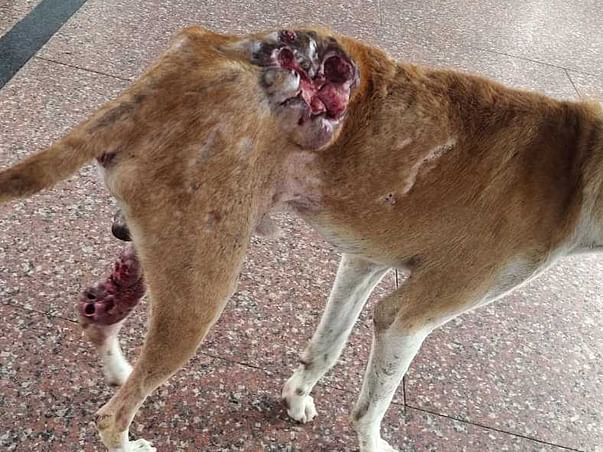 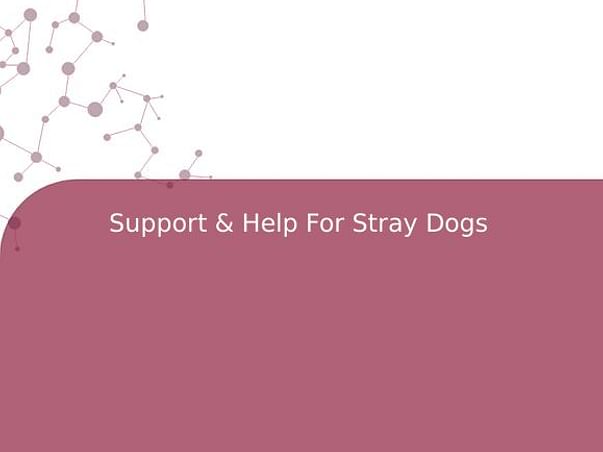 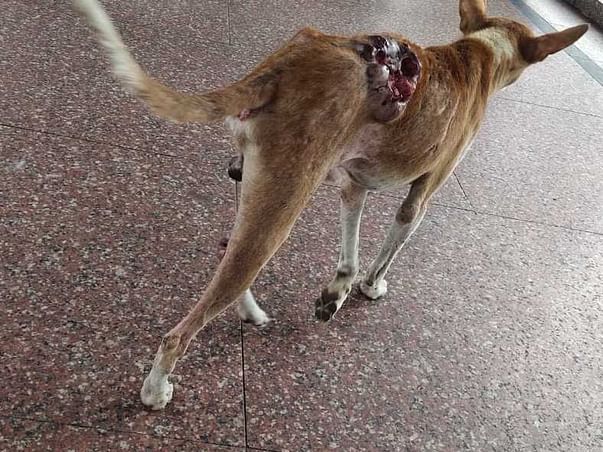 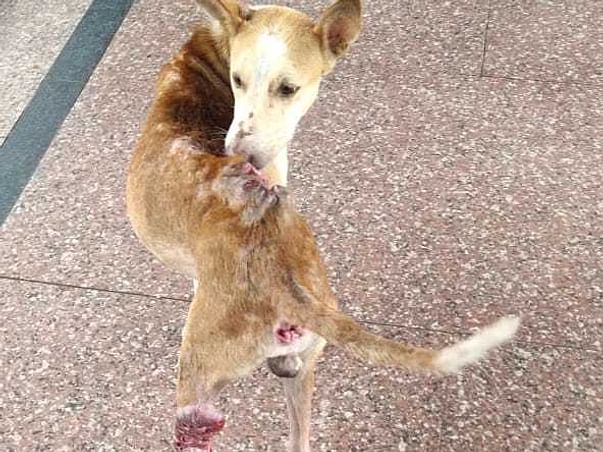 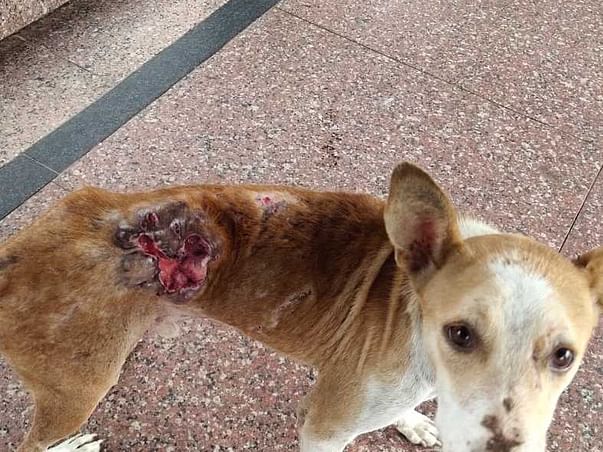 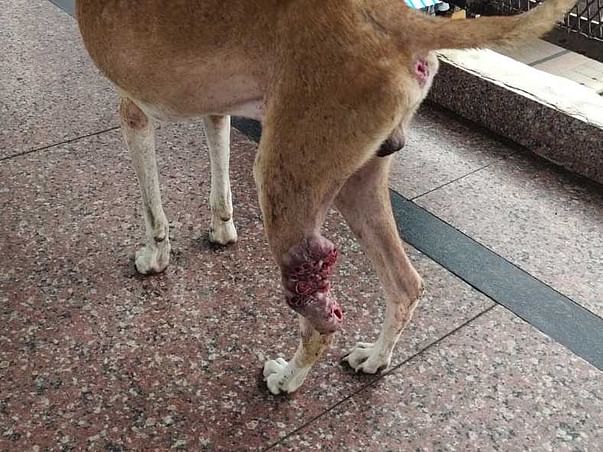 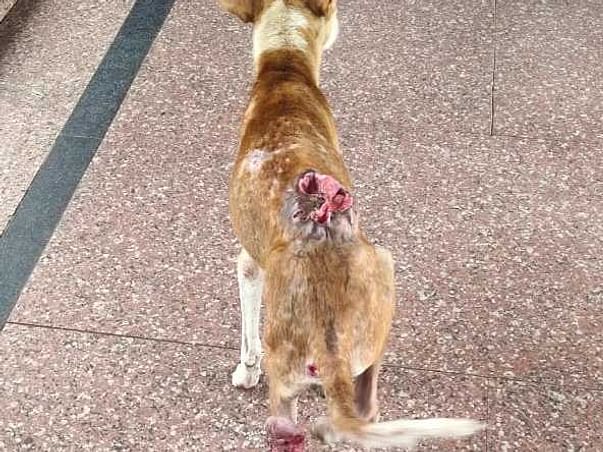 When your purpose is to help the helpless, sometimes it's the hand of God that leads you to the most unexpected places, in the direction of true need and misery.

4 days ago, Vardaan received a call for help from Ankita Bajpai, a local resident of Lucknow, informing about a dog afflicted with what looked like large, maggot festered boils all over his body spotted by her husband at the Gorakhpur railway station.
After numerous phone calls and much fretting to locate (any) source of assistance I came to learn that there were no available medical facilities in Gorakhpur for the admission of ailing animals, subsequently dispatching a team consisting of a professional dog trainer for intercepting the animal and a cab driver for the purpose of transportation.  The team reached the reported location at 12 pm noon and began conducting a search for the dog allied with a local rescuer named Ranjan. By 8 pm in the late evening, all efforts to trace the animal had failed along with the hope of the rescue. The team was on its way back to Lucknow when phone-called by Ranjan, requesting to return back to the site. The dog was finally located.

Transported to Lucknow the animal was kept at Jeev Basera for the night, who was kind enough to oblige my request. Today I got the opportunity to go see the dog myself, the jumble of repulse and genuine sorrow that i felt at the first sight of his disturbing condition would be hard for me to put into words in the lines of these sentences. I was just thankful that somehow we were led to his aid. He was then admitted to Dr. Saurabh's Royal Pet Clinic for further medical examination. The dog is considerably young for the painful condition of his ailment, reckoned to be around a year old of age. He is certainly not an easy animal to handle, dealing with persistent excruciating pain the animal is extremely restless and cries/screams ceaselessly.

The pup is suffering from a severe case of TVT (Transmissible venereal tumor) that is known to be contagious among canines. Along with the maggot-infested wounds, there are several other injuries that would need surgical operating, there is also the development of a parasitic infection. The doctor has advised that along with thorough medical treatment he would require at least a month or two of admission at the clinic for recovery if he is to stand any chance of survival.

Describing the account of this whole ordeal was not at all to depict a parable. Instead, it relates to our purpose that is to serve, which we are able to do strictly because of your support. This case in particular has by far been our most reaching effort. In addition to having us transcend our usual region of operations to another major district, it also has us basically reaching out for alms to cope with the expenses involved, from transportation to medical treatment and extended admission. In the span of just one day for the rescue mission and initial tests have cost us Rs 10,000, moreover, the medical bills are estimated to be around Rs 30,000.

Donate
1 supporter
21%
Raised
Rs.6,329
of Rs.30,000
Only INR donations accepted towards this cause
Card, Netbanking, Cheque pickups
Or Donate using