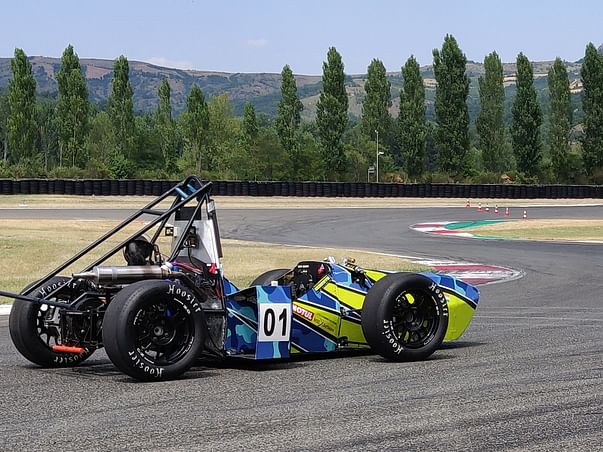 Since its first competition in the 2012-2013 season, STES Racing has come a long way. The team has participated in competitions in Italy, Japan, USA. Being the fastest developing team of SPPU and one of the top FSAE teams in India, STES Racing has overcome many challenges and difficulties on the student racing circuit.
Formula SAE, or just FSAE, is an international automotive competition where students design, build, and compete in a Formula-style race car.
Teams spend 8-12 months designing, building, and preparing their vehicles for competition. Formula SAE was created by the Society of Automotive Engineers in an effort to give students a well-rounded experience to prepare them for the industry.
The concept behind Formula SAE is that a fictional manufacturing company has contracted a design team to develop a small Formula-style race car. The prototype race car is to be evaluated for its potential as a production item. Each student team designs, builds and tests a prototype based on a series of rules whose purpose is both to ensure onsite event operations and promote clever problem-solving.
These cars are judged in a series of static and dynamic events, including technical inspection, cost, presentation, engineering design, solo performance trials, and high-performance endurance.

The Beginning of Areion Motorsports.
24th in Cost Report.

UPI: givetomlpstesracing@yesbankltd (Copy to clipboard)
Or
Click here to read the instructions before you make a bank transfer.

As the Holiday Season is upon us, we find ourselves reflecting on the past year and on those who have helped to shape our Team in most significant of ways. We value our relationship with you and look forward to working with you in the years to come. We wish you a very happy Holiday Season and a New Year filled with peace and prosperity.
Donate

Report fundraiser
See how thousands are crowdfunding for their causes on Milaap
Content Disclaimer: The facts and opinions, expressed in this fundraiser page are those of the campaign organiser or users, and not Milaap.
Rs.24,332 raised

Donated to this campaign via Paytm? Click here if you can’t find your donation listed below.
PR
PRANAV RAJESH PANDIT donated Rs.6
A
Anonymous donated $75

Donated to this campaign via Paytm? Click here if you can’t find your donation listed below.
PR
PRANAV RAJESH PANDIT donated Rs.6
A
Anonymous donated $75

You are sending a message to
STES Racing
Go back 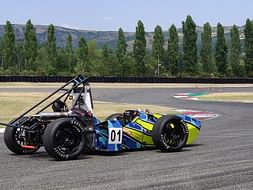