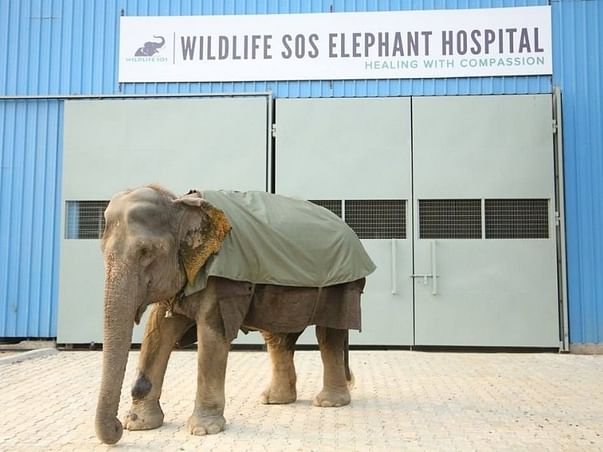 India is the country with the largest population of Asiatic Elephants, with about 45,000 individuals left in the wild. India also has about 3,500 captive elephants.

Despite their reverence in Hindu Culture, these captive elephants undergo a terrible fate of torture and loneliness. From a lack of food and water to being chained up and paraded in the crowded and scorching city roads. Elephants in captivity have higher incidences and death rate of diseases such as malnutrition, oedema, blindness and constipation. Over 10% of the elephants used for tourism suffer from the deadly tuberculosis. With a pandemic ravaging the communities worldwide, the indifference towards this zoonotic disease is simply appalling.

Wildlife SOS is doing a fantastic job of rescuing captive elephant from the cruel torture they face. They inaugurated India's first elephant hospital in Mathura.  They have a proven track record of rescuing 500 sloth bears from the cruel dancing bear industry and giving them a second lease of life.

I will be running/cycling/trekking 1,320km in 2021 to raise 1.32 lakh (USD 1,810) to sponsor the rehab of a pair of elephants for one calendar year.  This donation will be sufficient to provide for the healthcare, food and other rehabilitation costs. You can track my progress here.