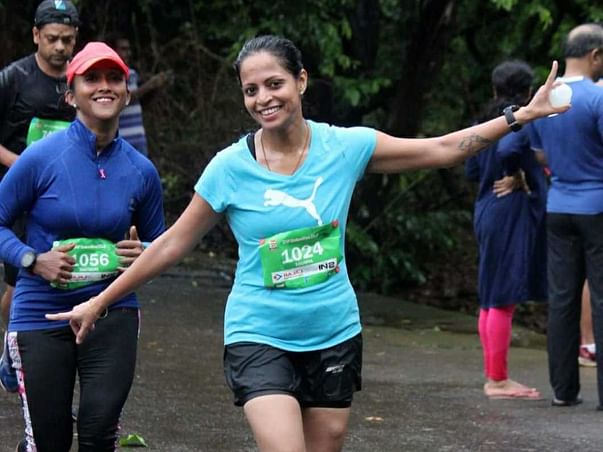 Share
For people who have met or known Soumya, will be familiar with her exuberant energy levels and positive outlook towards life.

She was an avid runner and has participated in many runs ranging from 10kms to 100 Kms. She was also into Yoga and lead a very healthy lifestyle sans any worldly vices.
She found joy in small things.
However life had planned a surprise for her and currently she is fighting it.

On 17th September, 2019, two clots detected in her posterior brain because of which she suffered a stroke while undergoing treatment in Thane.
She was operated on 18th September, 2019, in Bombay Hospital and doctors were successful in placing a stent to facilitate blood flow for one of the clots. Blood thinners were being used to clear the 2nd clot.
As the recovery was in progress, on 19th September, she had to undergo craniotomy to reduce the swelling in the brain due to shortage of blood supply.
Post this she was in the ICU and was unconscious.

After a week of her surgery, Soumya finally opened her eyes on Wednesday, 25th September.
However, she hasn't resumed breathing on her own and is 100% dependent on ventilator.
There have been instances of blood infections in the 3rd week of recovery but the fighter in her helped her get over it. Though it delayed her recovery process, she has been showing considerable eye moments.

As of 13th October, we are still waiting for her to start breathing on her own which would be crucial for her recovery.

The total bill of hospitalization as of 14th October stands at approx 14 lakhs+ with an average expense of Rs. 25,000 per day.

Any financial help from her well wishers or even a small prayer would be appreciated.