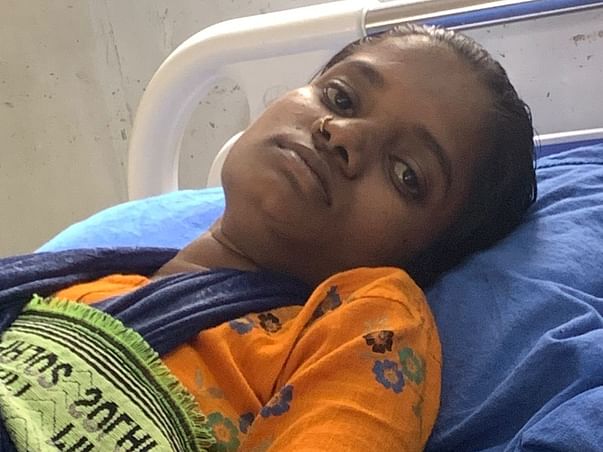 Share
Hi, I am Sowmya and I am here to raise funds for my sister, Sony Sangepu. Sony is 22 Years Old fighting with major Heart Disease (Ascending and Descending Aortic Aneurysm).

Sony parents are daily wage-earners and hail from very poor financial back ground. Sony lives in a small village (Rangaraopet, Metpally Mandal) where only 20-30 families survive. Recently, Sony's father became bedridden, due to ill-health and her mother became only earning member of the family. Physically and Financially, Sony's mother alone is taking care of entire family. With great effort and seeking financial support from relatives, Sony got married in the month of June 2021. Sony was extremely happy with the marriage and started living happily with her husband, but, her happiness was short lived. Just 2 months after her marriage, she suddenly fell down with very high body temperature. Her mother thought it as a normal fever and took her to local hospitals. But the fever didn't come down and continued for many days and due to which, her weight got reduced drastically. Later, in continuation to the fever, she even started vomiting, so we immediately rushed her to the Multi-Specialty Hospital in Nizamabad district.  There many testes were done and based on the results, Doctor's tried to explain us the ailment, but we just couldn't able to understand. Later, it is confirmed that Sony is suffering from Ascending and Descending Aortic Aneurysm which is one of the major heart disease (An aortic aneurysm is a balloon like bulge in the aorta, the large artery that carries blood from the heart through the chest and other parts of the body.If an aortic aneurysm ruptures, it cause a leak that spills blood into the body which may lead to death) .  Doctor's explained the condition of my sister and criticality of the disease. It is said that, Sony should be done with two surgeries (for both Ascending and Descending Aortic Aneurysm), that to, with a gap of one week, between each surgery and warned us that, if condition is neglected, Sony may close her eyes permanently. At that moment, we did not understand anything as all our family members were in silent shock and grief.

Doctor's gave initial estimation of 18,00,000 (18 Lakh Rupees) for both surgeries and as they could not able to afford this huge amount, we request you all to come forward and support Sony to get back to her normal life.

I kindly request each of you to contribute and support the tough situation. Even a small contribution can go a long way. Do contribute and please share this campaign link to your friends and family.