Despite Unbearable Pain, 12-Year-Old Is Determined To Fight Cancer | Milaap

Despite Unbearable Pain, 12-Year-Old Is Determined To Fight Cancer 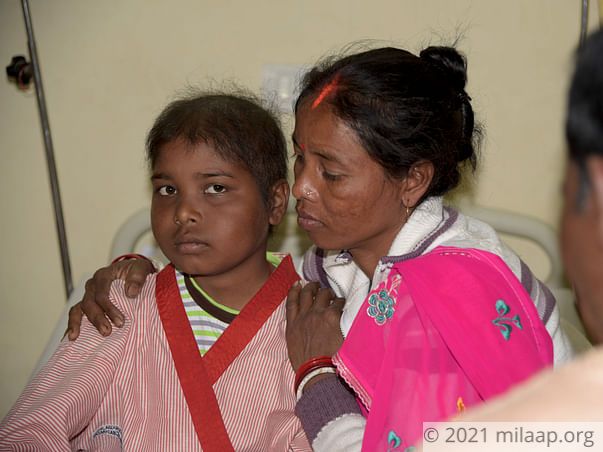 In March this year, Shubam was all set to start his 5th grade. He had so much to look forward to. But just a week after, he and his parents received terrible news – Shubam was diagnosed with cancer. Their world came crashing down, but Shubam's spirits stayed high. His parents found hope from the least expected place - in a waiting room of the hospital, filled with children in various stages of treatment for cancer. "I found it incredible - kids were laughing, smiling, asking a lot of questions. A simple act like giving them chocolate or allowing them to play brings a smile to their faces. Seeing those children, I knew my son would fight cancer. My whole family is staying positive to help him in this journey. Except for the drastic hair fall due to the treatment, it’s hard to tell that he is living with cancer." says his father Nageshwar.

Unfortunately, being positive alone is not enough, they need financial support to continue the treatment.

Shubam is determined to fight cancer and stay strong

Just after 2 weeks of attending classes, Shubam got a high fever and he had a few white patches on his neck. His parents thought it was due to some infections. But the local hospital in his village confirmed that it was cancer. They were asked to take him to a hospital in Ranchi for treatment. He was diagnosed with Acute lymphoblastic leukaemia, a dreadful form of cancer that affects white blood cells. It progresses quickly and if not treated, it could turn fatal in a few months.


"We couldn't hide anything from him, he saw the 'cancer ward' board in the hospital and understood his condition. His questions were straightforward, "Will it hurt?" "Am I going to stay in the hospital forever?" "Can I play outside?" and we replied honestly to all his questions and it really helped us. He has completed 5 chemo cycles. He doesn't complain, he believes he can get over this." - Yashoda Devi, Mother.

There are days when pain takes over his spirit

There is also a dark side to his journey in battling cancer, the inevitable pain and weakness that prevents him from going to school and eat anything that he likes. Shubam is determined to 'be normal' fearing that he would be alienated because of his disease. Despite the tiredness, he plays with his friends and tries his best to do some activities. But there are days, that he has no control over the situation. He can hardly get up from his bed, throws up everything that he eats and becomes too weak. He gets better only after the chemotherapy cycle.

"He wants to be strong in the presence of his sisters. He has always been very protective of them. He tries hard to fight back his tears. He keeps telling us that he'll be alright soon. But it is painful to see him struggling so much at this age. I long to see him live a normal life." - Nageshwar.

You Can Help Shubam Get Back To His Normal Life

Nageshwar is a daily wage labourer, who works on a farm and earns around Rs 5,000 per month. With his meagre income, he has to take care of his family of five. After years of hard work, he had bought a small piece of land which he has mortgaged for the treatment. He has also borrowed 2 lakh from his friends with which he started the treatment. Now he has nothing left and needs Rs 2.76 lakhs to continue the treatment.

"I'm glad that my son has not lost his hope but the very thought of the cost of the treatment sends cold shiver down my spine. I fear that I might fail him, I can't imagine that. He is our only hope in life. He has the strength to fight cancer but we need money to continue the treatment." - Nageshwar. 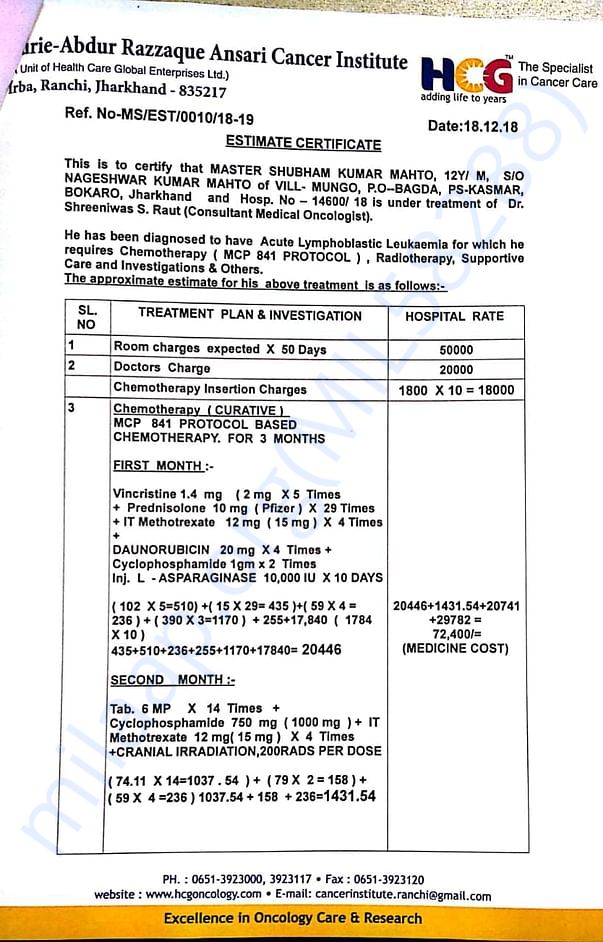 Shubam is doing well. Shubam is currently at home. He is on medications now and visits hospital for his regular follow ups. Doctors will decide his further course of action soon.

Scan & donate with any app
check_circle_outline Download payment receipt
Report fundraiser
Know someone in need of funds for a medical emergency? Refer to us
Rs.15,712 raised 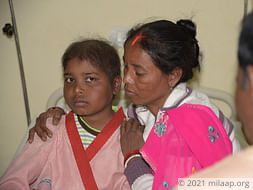 Despite Unbearable Pain, 12-Year-Old Is Determined To Fight Cancer