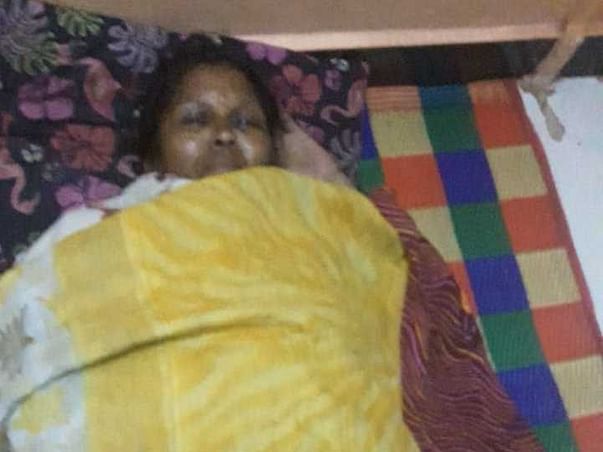 I know Shrvanti Karati from 15 years. She was originally from belgaum district but moved back to Mumbai long back. Her husband died around 15 years back with 2 sons to feed. She stays in a small rented place in Dharavi slums.
Her 1 son lost his job around 9 months back and he also remains unwell.
Earlier she was working as a maid but after suffering from multiple ailments, was forced to leave around 5 years back. Now with 3 months, her heart is blocked and she is unable to do anything and is bed ridden. Only way to save her is to get angiography and angioplasty as soon as possible. Since its delayed, her treatment will also need her to be in ICU.
They visited govt hospitals, but as they don't have below poverty line card (due to ration card), they cannot get any benefit. Also, heart related treatment (angiography/angioplasty) are not treated in most of the hospitals.  They tried to visit few NGOs and political party office, but it is of no help.
They do not have Ration card as their home owner does not allow them to get ration card in his property name.
I tried to help them  as much as possible, but now its  beyond my reach.