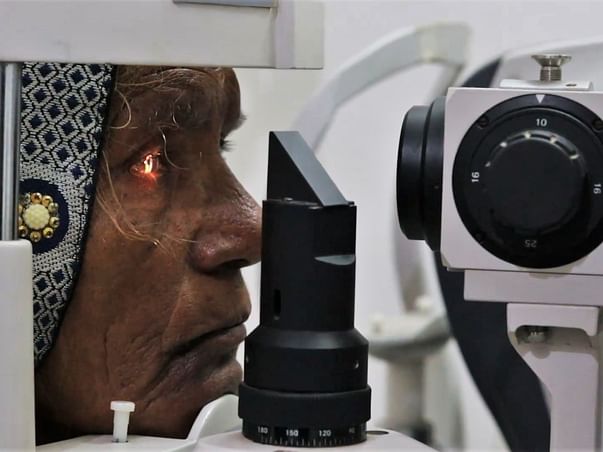 Corneal blindness refers to the loss of vision because of diseases related to cornea. Throughout the world, it is the fourth most common cause of blindness and accounts for five percent of the total blind population. Shine India Foundation spreads awareness about the same and encourages people to opt for eye donations.

The foundation works towards adding light to the lives of the less fortunate and pays for the medical expenses of those suffering from corneal blindness. Dr. Kulwant Gaur, one of the members of the Shine India Foundation, believes that it is unfair for anyone to not be able to witness the beauty of their surroundings just because they are financially handicapped. Therefore, he, along with his team, has been working towards corneal blindness awareness. They also enlighten people about eye donations and help the less fortunate in seeking treatment. Shine India Foundation has received nearly 500 pairs of eyes via donations and has helped nearly 700 people till date.

Ramesh Chandra Dinkar, who owns a tea stall in Kota, was suffering from corneal blindness approached Dr. Kulwant Gaur. The doctors Ramesh consulted before, prescribed him treatments which he could not afford. However, with Shine India Foundation's assistance, Ramesh sought treatment and is now able to see the beautiful world. He is eternally grateful to the foundation and urges society to support the organization in helping people like him.
Furthermore, Parv Upadhyay, the younger son of Anjali Sharma, lost his life in a car accident. Anjali did not hesitate and immediately reached out to the Shine India Foundation to donate Parv's eyes. She and her family believes that if you can help a person in overcoming their disability, one should not hesitate. Although she mourns the death of her son, Anjali is elated to have helped a person to see the world like her son used to.
Dr. Suresh Chabra, an ophthalmologist, has been associated with the Shine India Foundation for over 10 years. He lauds the organization for the work they have been doing and appreciates how they help the poverty-stricken people in getting treatments done, even after going through financial lows themselves.
The members of the foundation have struggled on personal levels but did not let it reflect on the work they do. The team kept on adding light to the lives of the less fortunate. However, the funds of the foundation have reached a new low, and if not taken care of, the organization might have to stop doing the social work they are so passionate about. The foundation has been working in and around Kota and aims to expand its reach to cover several other states. However, the organization's present financial situation limits its reach. Therefore, the members of the Shine India Foundation seek funds from the society and urges the citizens to support them, so that they can help the blind and affected see the world around them.
Your little help can go a long way in supporting this noble cause. Click here to donate.