Support Shilna's Fight Against Cancer | Milaap
Milaap will not charge any fee on your donation to this campaign. 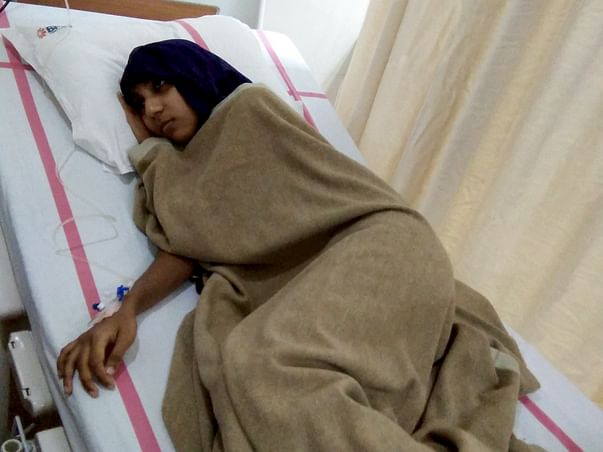 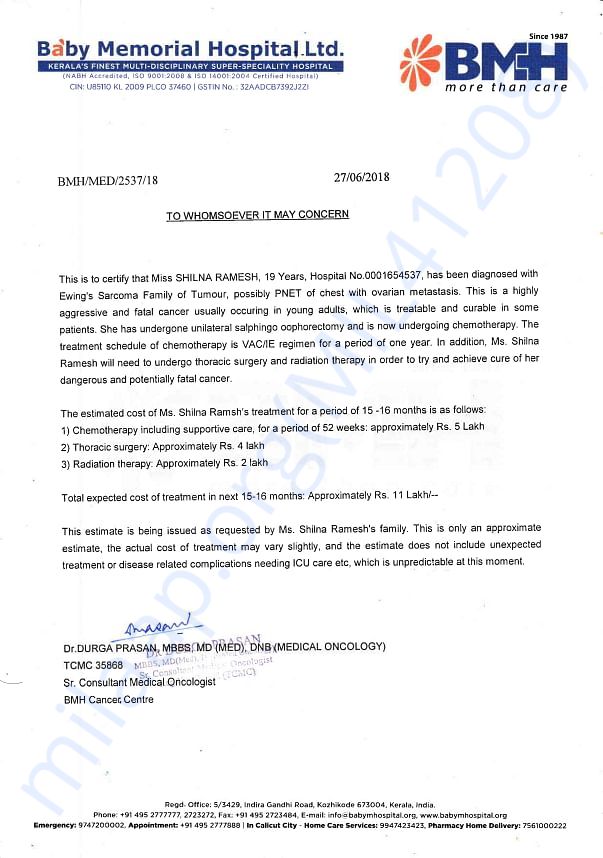 We are very grateful for all your love and support.

Here is a quick update about Shilna's health. Shilna unfortunately developed relapse of her illness. She developed sudden onset paraplegia,  which means paralysis of both legs. We had to start her on emergency radiation therapy.  She has shown some improvement,  but is far from full recovery.

Kindly pray for her speedy recovery and support her in this hour of need. Thank you once again.

Ms.Shilna completed her treatment. But unfortunately her disease has come back in new areas. She has received Adjuvant Radiotherapy to head and has been re-started chemotherapy. Please continue the support her to the maximum extent possible.

Thank  you  for  your  love and support.

Ms.Shilna is doing well is on her path to finish the treatment now. By the grace of God and with the help of well wishers like all of you, her treatment is going ahead well.

She is responding to the treatment now. She has completed 1 more cycle of chemotherapy, and has 3 more cycles to go which is followed by radiotherapy.

Scan & donate with any app
check_circle_outline Download payment receipt
Report fundraiser
Know someone in need of funds for a medical emergency? Refer to us
Rs.632,682 raised

Sm
You are sending a message to
Sajitha mohan
Go back 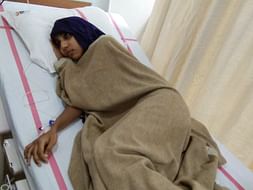