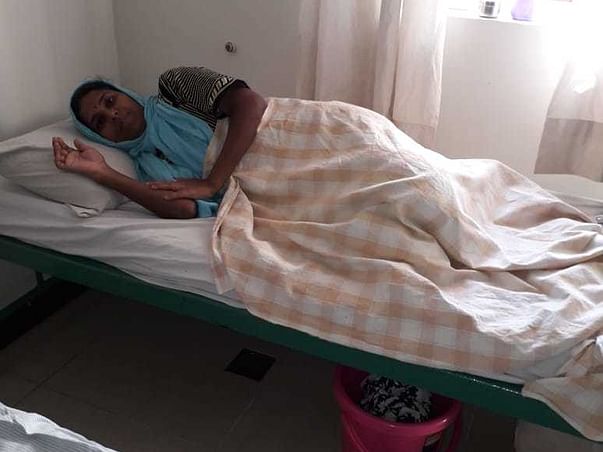 Ambika Prabhu aged 37 years from Udupi, is the wife of Shailesh Prabhu who works a driver dropping children to school and also goes around driving to earn his living. They have a 5-year-old daughter.

Ambika was pregnant with their second baby and due for delivery in the month of March 2020. In the month of December, she began bleeding was admitted to KMC Manipal and gave birth to premature baby boy in 6 and half months of pregnancy time.  Since then Ambika and baby have been in hospital.

Baby needs ventilator support and also it weights 1.3 Kg as of now. Shailesh has already utilized KMC Health benefit and also Ayushman Bharath Scheme of Rs 3,00,000 during this period till January 25th.

Previously even in October, she was admitted to the hospital for complete bed rest of 2 weeks which exhausted his savings.

He and his 5-year-old daughter stay at home and he looks after the child, while his wife is in hospital. As per doctors, the baby still needs to be in the hospital for a month and estimate treatment cost would be around Rs 3,00,000 and each passing day bill keeps increasing and he has been running around to seek help from organizations and people to pay the bill. They have received the help of around Rs 1,20,000 as of now and struggling with the remaining amount.

I have taken up his cause on humanitarian grounds and would try to generate help for the family during their difficult phase and also would request you to support them as per your convenience.