Share
My mother suffered a severe fall on 11th Aug, about 2 am and broke both her left forearm bones. She is 75 years, underweight, osteoporotic, and anemic. She has suffered from many falls since 2011-12. Her first fall dislocated her femur bone and it had to be replaced by surgery. Thereafter she fell again in 2016 and hurt her knee. She had a blood clot and it had to be removed by incision. On both occasions, she underwent physiotherapy but never could recover fully since due to rising medical costs the treatment was stopped midway. On June 8th this year she fell again and hurt the same knee joint but thankfully it was just a fluid accumulation. With help from a few generous friends, I could provide her physiotherapy sessions and she was recovering gradually when this incident happen out of the blue and left me shocked. I am the sole bread earner and following her 2016 mishap, I am stationed at home and work from there so that I could attend to her as well. I am a content writer and a freelance filmmaker but because there is none to attend to my mother I have to make means to earn from home. As I cannot move out for a job or new ventures hence I earn just as much to survive. Most of the time I have to take loans from friends, colleagues, and acquaintances to sustain both of us. I have no savings, neither does she have a mediclaim or medical insurance. The entire retirement benefit of my father who used to be a clerk in a bank has been exhausted on his medical expenses till he breathed his last in 2009.
Following the 11th Aug incident, she had been administered temporary plaster(as visible in the cover pic)as a support for a maximum period of 10 days which unfortunately is about to lapse. I have been trying all doors for funds but this time as the required fund is a big sum and almost everybody is suffering the backlash of COVID hence I could not manage any help yet.
On coming to know about this crowdfunding platform from one of the fellow writers I am here to raise funds to treat my mother. I have meanwhile tried different kinds of alternate treatment procedures which I felt could also be more affordable like chiropractic, homeopathy, Ayurveda but I found out since the bone is dislocated, surgery is the only procedure. I also tried to avail of free treatment in govt health facilities but no seats are available due to the COVID crisis. I AM AT A TOTAL LOSS!!!!
The fund that I plan to raise would not only help me with the surgery but will also support the post-operative care which could be between 6-8 weeks following the surgery.
PFA the prescription of the Orthopaedic who has advised surgery.
I do not know what kind of a response to expect but being a firm believer of God's will, I believe, whatever happens, shall be for good only.
I humbly take this opportunity to thank all of you who would spare some time to go through my story and may or may not feel like standing by my side...Luck would always shine bright on you..
Blessings from the lady with the broken arm.
Contact # Sailen De 9831358112 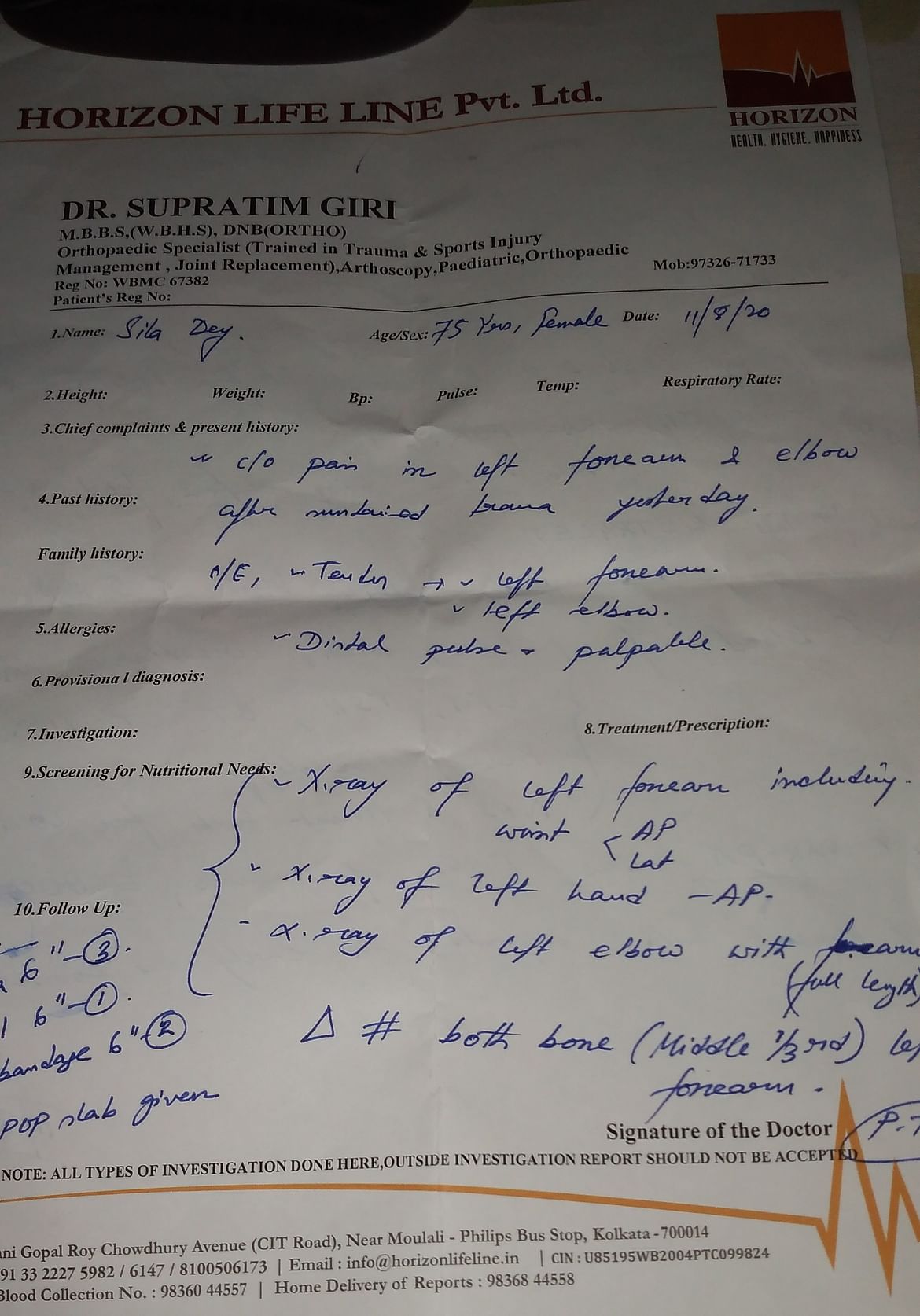 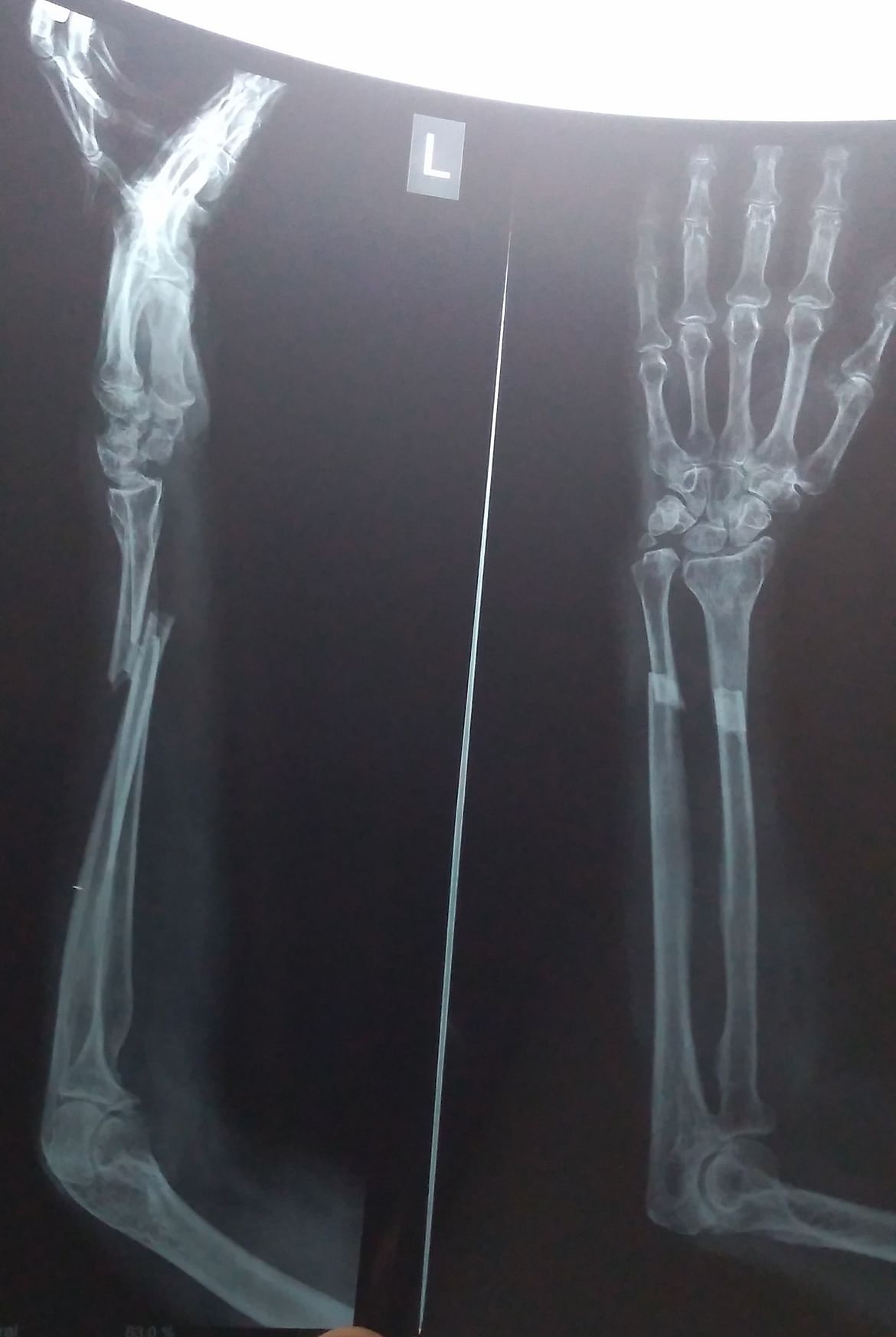 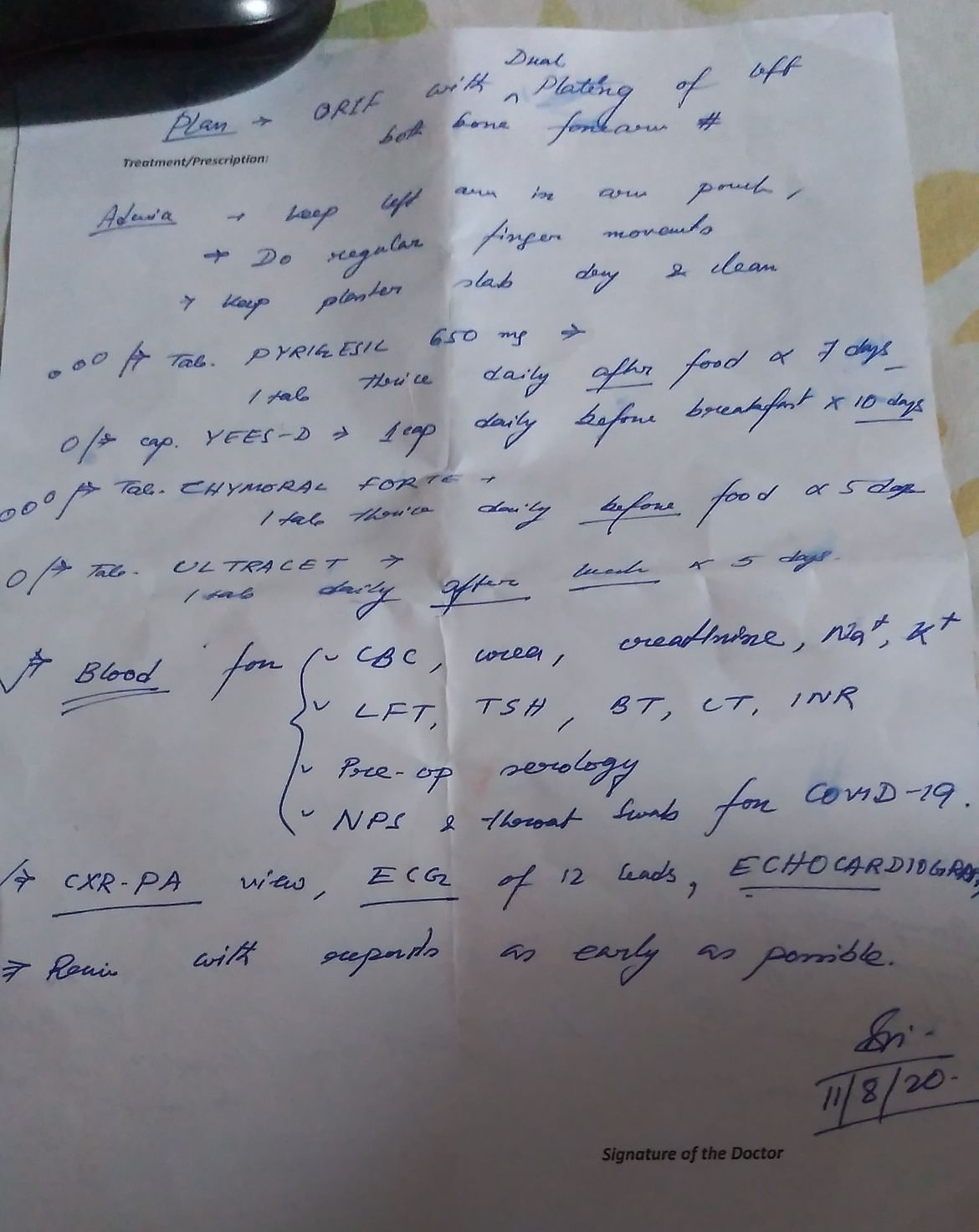