Help Shantesh Ojha get dual liver and kidney transplant | Milaap
This campaign has stopped and can no longer accept donations.
Milaap will not charge any fee on your donation to this campaign. 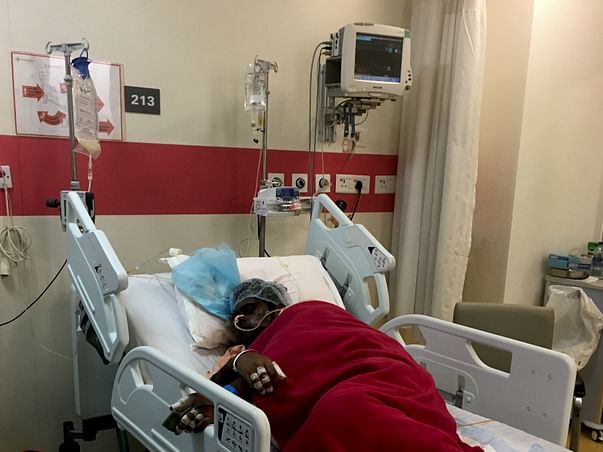 Liver and Kidney transplant from For 30 year old whose liver and kidney have failed due to Hepatitis E. Its an exceedingly rare complication, happens to only 1% of people affected with Hepatitis E.
I have created this page for my elder brother. He's 30 years old and got married 2 years ago. He started getting high fever from 3rd January 2018 to 6 January 2018 and his blood reports showed high levels of liver and kidney enzymes and on 8th January doctors told us that he needed dialysis urgently as his kidneys had failed.

We were at Varanasi at that time and his condition was deteriorating rapidly so on doctors recommendation we flew him to Delhi and admitted him in Sir Ganga Ram hospital Delhi. There he was diagnosed with Acute viral Hepatitis E which resulted in his acute liver failure and acute kidney failure and they told us that it will recover by self recovery as there is no medicine for Hepatitis E but only support to the body so that it can recover by itself.

There he underwent dialysis every alternate day and due to coagulopathy all in all 35 units of fresh frozen plasma and blood was transfused to him till 7th march. After that he was transferred to institute for liver and billiary sciences Vasant Kunj, Delhi for second opinion on his liver condition as even after close to 2 months time his both organs were unable to recover and his liver condition was deteriorating.

Initially it had shown some recovery and major portion it was stable but it started deteriorating after 2nd march. We admitted him to ILBS on 7th march. There on 8 th march after conducting tests they told us that liver cannot recover and kidney has been lost too and he needs liver and kidney transplant as soon as possible. We inquired about best treatment for this and we consulted at other hospitals as well like Max and Medanta and we came to that this type of surgery has best success rate at Medanta Hospital, Gurgaon.

Before shifting him here we have already incurred a cost of Rs 20-22 lakhs already. And the cost for this dual transplant surgery is estimated at 35-40 lacs. This is the only option to save life of a young man filled with aspirations and dreams of future.

So I request you all to please contribute whatever you can because drops make a whole ocean.

Estimated expenditure from the hospital 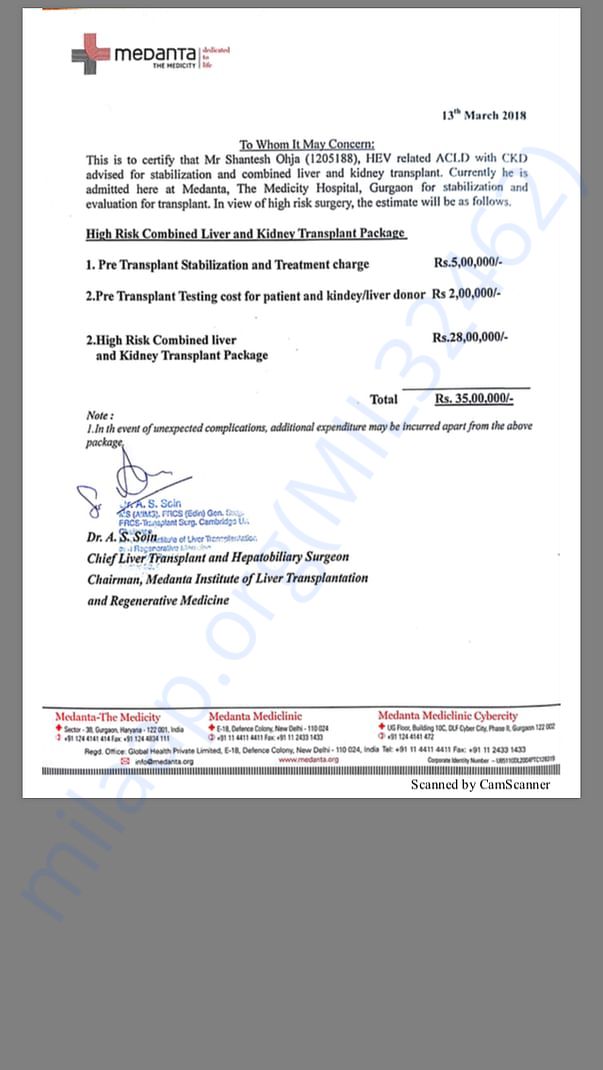 With a heavy heart, I am informing you that my brother passed away at 5 am on Thursday (22nd March). A resistant bacteria had developed in the accumulated fluid in his stomach which sent him into septic shock and his heart finally stopped at 05:03 am. In spite of the doctors best efforts he could not be saved.

We don't know yet how are we going to fight this irrevocable loss but we are trying. All the funds raised via this campaign will be transferred to his family members account and will be used to settle his pending medical expenses. Thank you from the bottom of my heart please pray for his soul that it may rest in peace. 🙏🏻🙏🏻🙏🏻🙏🏻🙏🏻
Donate
OR

Scan & donate with any app
check_circle_outline Download payment receipt
Report fundraiser
Know someone in need of funds for a medical emergency? Refer to us
Rs.1,217,929 raised

688 Supporters expand_more
This campaign has stopped and can no longer accept donations.
$150 Million +
Raised on Milaap
Are you in need of financial support for medical or personal emergencies, or a social cause?
Start a fundraiser
Or
Know someone in need of funds for a medical emergency? Refer to us
Campaign organizer contact_mail

Hi Shantesh, may God be with you and you get all the strength and support you need. I will pray for you along with all the others who are wishing for your good health. Get well soon!

Hi Shantesh, may God be with you and you get all the strength and support you need. I will pray for you along with all the others who are wishing for your good health. Get well soon!

You are sending a message to
shubhangi Ojha
Go back 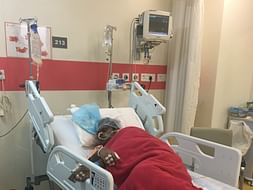