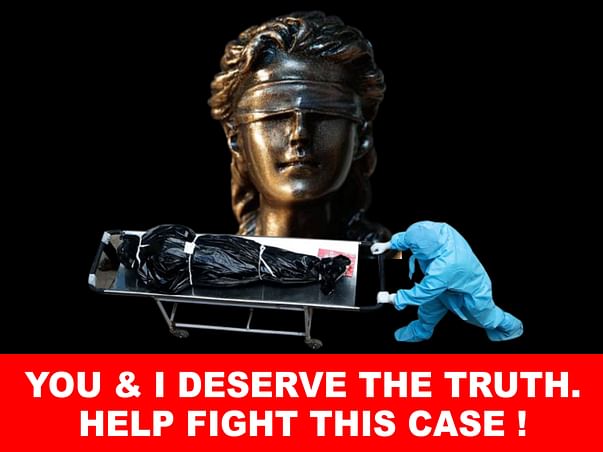 Share
Coronavirus infections and deaths are rising at an alarming rate in India. India is positioned at 71 out of 84 countries in the number of tests per million people. It is testing just 2763 samples per million people (almost equal to Pakistan).

In India, traditionally, only in 20% of death cases medical certificates are issued. It means that the medical reason for death in 80% cases is not known. That is why we do not know how many have actually died from Corona and how deaths could be prevented. That’s not the case with the USA where a medical certificate is 100 per cent and therefore that is the reason why their death rate is higher than India's. The current situation is evidence of the broken healthcare system in our country. Real scale of the problem is UNKNOWN.

There is an URGENT need for answers about the pandemic. The crisis is mainly being handled by the Indian Council of Medical Research (ICMR) and it has NOT BEEN ANSWERING to public questions (under RTI) since MARCH. Health Ministries press conferences have been minimised and there are not many question-answer sessions. The situation is getting worse in states. There is not much clarity on what the policies are (and whatever policy they make, it is a matter of life and death for many of us, especially the poor). YOU AND I have a right to know what their policy is and what are the REAL NUMBERS.

Help me fight this case in the Court and the Central Information Commission and bring out the REAL NUMBERS, REAL POLICIES so that immediate corrective action could be taken and lives saved. You and I can do it. But without your support, it won't be possible. If not for us, at least for the poorest of poor, the migrant labourers, our elderly and our children. We want all this to be over as soon as possible but not in this way. Not by letting people die. It may one day be you or me or our loved ones. So, do we deserve to die like this?

FUND USAGE:
The fund collected will be used for filing a PIL and fighting it in High Court. The court work includes, but not limited to-
- Registry
- Paperwork
- Drafting
-  All other procedural work including filing RTIs and paying fees for additional documents under RTI at Rs. 2/page.
Accordingly, it will cost Rs. 6000 for the court and RTI work.

Further a fee of minimum Rs. 5000 is to be paid to any lawyer who represents a party for Writ petitions, including PILs. This is as per the Tamil Nadu State Legal Services Authority circular dated 17.10.2016. You may please refer to point XII (1) (a) of this circular attached in the documents section below. Depending on the type of lawyer one engages, such rates will increase. And I require an exceptional lawyer for the case.

Therefore, the total minimum cost of Rs. 11,000 is incurred for fighting this PIL. However, engaging a better lawyer is THE most important part to win this people's fight. Therefore, I estimate that a good lawyer will charge much more than this bare minimum of Rs. 5000/- and I shall have to bear a part of the litigation fees from my personal side too. Further, in the most likely situation that this is challenged in the Supreme Court, the costs will further increase. So the rest of the collected amount will be used as an emergency fund to make up for the cost of fighting this case in the Supreme Court and further fees for an advocate to be engaged there. The charges for Milaap will also be borne from this.

Further to this specific issue, I will be filing another PIL for improving this system of information so that such issues are never raised again in future and cost us dear lives.

The entire details of how the money was used will be updated, once the case is filed. And it has to be filed AS SOON AS POSSIBLE.

Help me win this fight and let's do our duty as citizens of this great nation- to protect the poor, marginalised and vulnerable section.