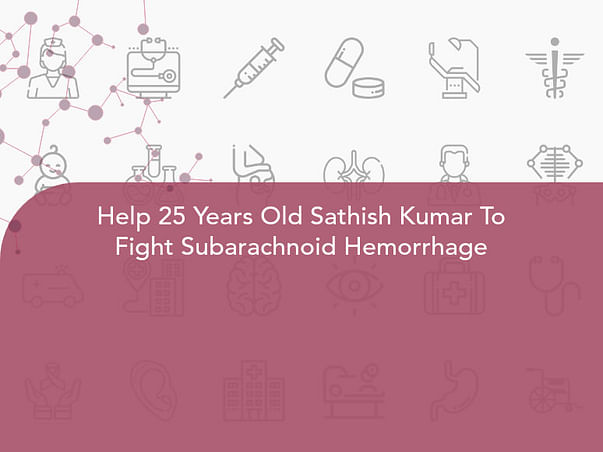 On 5 Feb around 5 pm near Salem, Sathish Kumar while driving his bike. Suddenly, he had an accident Due to dog hitting. He had a head injury (blood clot bleeding in the brain), bleeding in the nose (due to nose bone fracture), & facial bone fracture near his eye.
Now he is admitted in BRJ Ortho Center & MAK Hospital--Coimbatore
The Doctor said he needs three surgeries for him (head, nose & face bone)
(doctors told approximately medical fees will be cross more than rs. 100000). His family is economically very poor.
He's doing daily wages work,  his mother is handicapped, he has one younger sister and she is studying in Government arts college Coimbatore, he is only guidance & guardian for his mother & sister.
Kindly help him for saving a life.