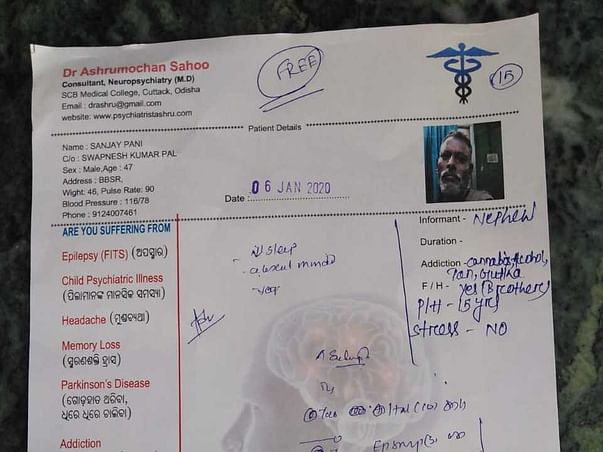 I have started this fund raising campaign to help Sri Govinda Chandra Pani, who is very poor, illiterate and currently 84 years old, in arranging treatment for his only surviving son, Sanjay, who is suffering from severe mental disorder.  Sanjay has been suffering from severe mental disorder for the past 20 years. The disease is only getting worse with time, as he has barely received any proper treatment. At times, he is even attacking people and getting violent. His brother also suffered from severe mental disorder and passed away in the year 2014. His mother had passed away in 2007. His only sister, who was looking after him, passed away in 2017.  Sanjay's father, Sri Govinda Chandra Pani, is the only surviving member of his family. He is now 84 years old and has no income source other than the old age pension from the government. He was a small farmer in the past and is under the Below Poverty Line. He is also suffering from old age related health issues. His only income source now is the old age pension of Rs 500.  His meagre income is not sufficient for him to afford medication for Sanjay. Thus he (Sanjay's father) is seeking help from people through this fund raising campaign.  Kindly come forward to help him.