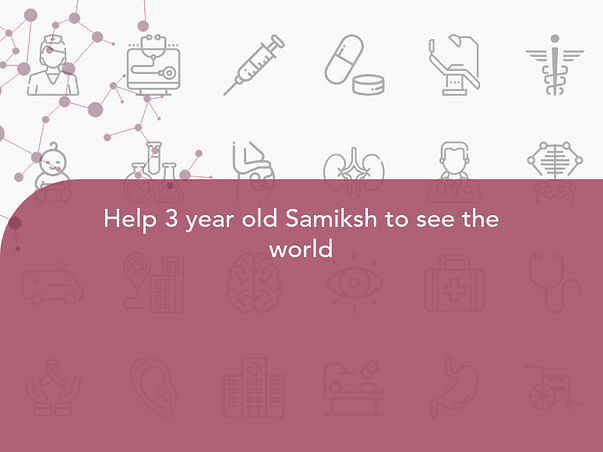 I know Sandesh for the last 10 years, he is a Visually impaired trainer, who is training the Visually impaired people to learn computers and IT. His wife is also a VI person. He has a 3 year old kid who has a retina detachment and Sandesh is looking for a fund of 55000 INR for the surgery. He has found the best doctor who has agreed to do the laser surgery for the kid at a discounted cost and he is in need of this money in next 2 to 3 weeks that is Aug mid or end. Doctors will be examining both eye's pressure and followed by IOL correction in right eye.
There is a surgery planned for the kid tomorrow 2nd Aug, after this surgery, doctors will be doing to left eye after two or three weeks. Doctors are observing the eye's pressure and retina attachment process.