shashank's online fundraiser for Medical | Milaap
Milaap will not charge any fee on your donation to this campaign.
Help Mr.Sandeep Kumar Aggarwal Fight LIVER CIRRHOSIS and VARICEAL BLEEDING 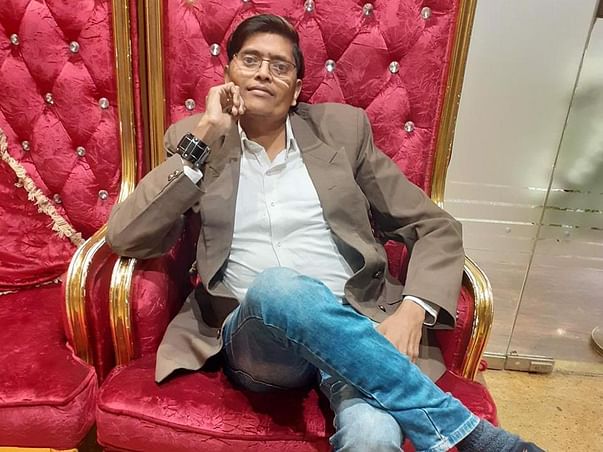 Mr.Sandeep Aggarwal has been suffering from Liver Cirrhosis and Variceal bleeding (i.e. bleeding from veins which leads to blood vomiting or bleeding through motions) for six years now. Presently, he is admitted to the Institute Of Liver and Biliary Sciences (ILBS) Vasant Kunj, Delhi. Over the last 6 months, occurrences of profuse internal bleeding have taken place 7 times. His condition is slowly deteriorating and he is also unable to speak now. Due to this, the doctor has suggested a TIPS surgery to stop the bleeding.
The approximate cost for pre and post-surgery treatment as estimated by the Institute Of Liver and Biliary Sciences (ILBS) Vasant Kunj, Delhi is INR 05 Lakhs.
Mr.Sandeep's surgery is inevitable and the doctors are just waiting for a go-ahead from our side. We are running into a severe financial crisis due to the heavy expenditure of his treatment over the last 5-6 years. Mr.sandeep is a salaried man, he works as a middle-level employee at the MCD School, Delhi. We absolutely don’t have any other source of income, whatsoever. The expenditure on surgery and treatment would cost about INR 05 Lakhs
Mr.Sandeep Aggarwal is a single parent. He has two children, Rebekah Aggarwal, 16, and Robin Aggarwal who is 13 years old. As such, there is no family support. Rebekah, his elder daughter is currently looking after him. This surgery is really urgent and it will be performed only once the payments are made to the hospital. In this time of personal crisis and in order to help Mr.Sandeep survive, I appeal to all of you to kindly help raise the funds to save his life. I shall be forever indebted and obliged to everyone who reaches out to me with a helping hand, during these trying times.