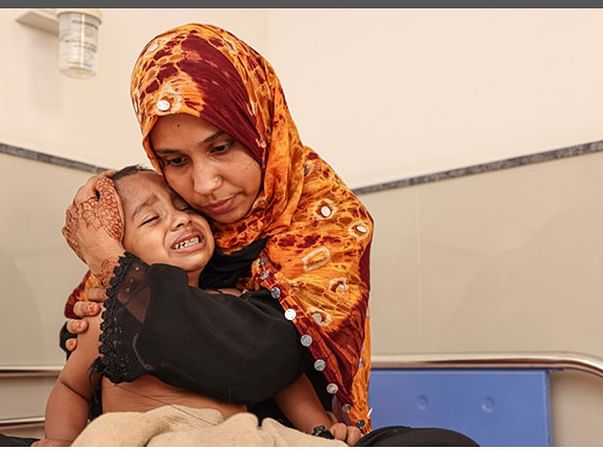 “Mere bacche ko shifa ata farma.” These words along with several other prayers occupy Samreen's entire day, as she sits next to her bedridden son and prays to Allah.

Every single minute with her son, Hasnain, is precious to Samreen, as she has no idea if she'll ever be able to hold those hands and see that face again.
She lives with the fear that one of these days, a time will come when her son's life-threatening disorder will snatch him away from her if she isn’t able to come up with the 12 lakh rupees ($ 16470.01) needed to pay for his transplant.
2-year-old Hasnain's miseries commenced as soon as he was born. Within a few months after his birth, Hasnain got a high fever and both his legs became swollen.
Even though Samreen felt the fever was curable, she had no idea as to what was happening to his legs. When she took Hasnain to the hospital for his fever and swollen legs, she thought nothing of it and was expecting him to make a full recovery soon.
But unfortunately, she was wrong. After performing multiple tests, the doctors gave her the shock of her life, when they told her that her son was diagnosed with Beta-Thalassemia Major, a rare blood disorder.