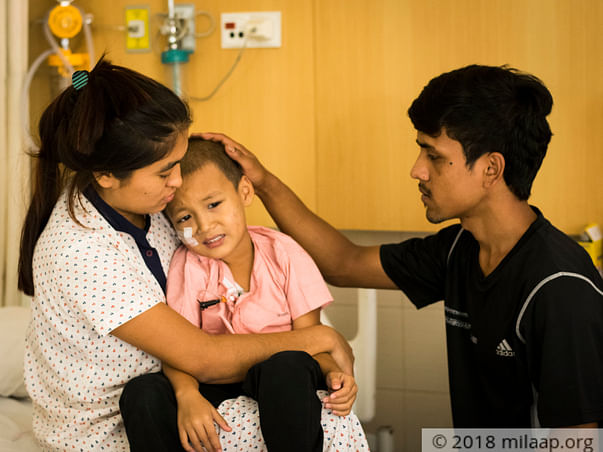 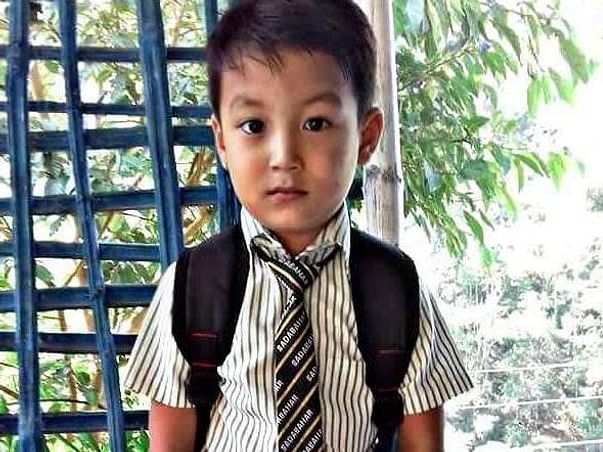 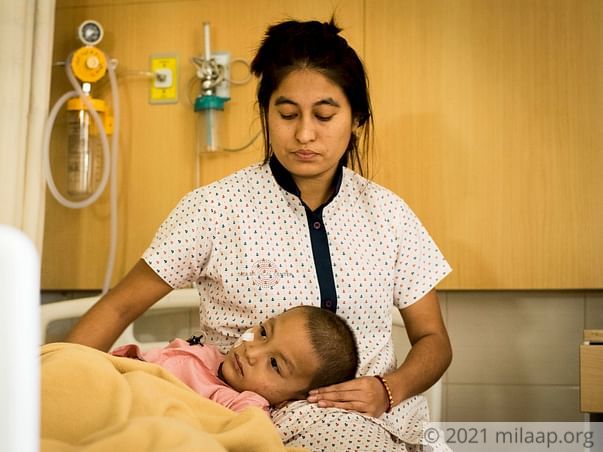 “My 5-year-old son is fighting cancer and every day has become a painful struggle for him. My wife is forced to take care of him all by herself. I don’t want to leave my wife and kid alone – I want to be there for them, but I don’t have a choice. I work as a cook. I did not get paid for the past few months that I was here for my son’s treatment. If I don’t go back, I will lose the only job that I have been able to keep in years. I am ready to work hard, but it will never be enough for his treatment.”-Narayan, father of 5-year-old Sairas

Little Sairas was excited about starting school, but he fell terribly sick before he could enjoy it thoroughly

Sairas is the only child of Narayan and Susila Shreshta, a poor couple from Nepal. Due to their poverty, Sairas could only start school much later than his peers. But when he finally did, it became a reason to wake up from bed with a smile every morning. He was just beginning to make a lot of friends and become the class teacher’s pet when he ran a high grade fever one day. Susila gave him the usual medicines and believed he would recover within a day or two, but that’s not what happened.


“Within three days, he started getting blue spots all over his body. It was so unusual and frightening that we rushed him to hospital without a second thought. The doctors in our town did not understand what caused these spots and told us to go to Kathmandu for a better diagnosis. Meanwhile, Sairas’ fevers only grew more intense.”-Susila.

These parents hadn’t imagined in their wildest dreams that their child could get cancer, and are struggling to come to terms with it

In Kathmandu, a saddening news awaited Sairas and his parents. After a round of tests and scans, it was revealed that Sairas had Acute Myeloid Leukemia (AML), an acute type of blood cancer characterized by the rapid growth of abnormal cells in the blood that interfere with normal blood cells. Susila had been praying till then for her son to have only something mild from which he could recover in a few days’ time. This news completely shattered her spirit – she couldn’t look her son in the eyes for a long time afterwards. Narayan tried to put up a brave front in front of his wife and son, but inside he was breaking into pieces. Before he could process the information, he had to pool some money from friends and relatives to take him to India for better treatment.

“I had always thought that cancer only affected smokers and drinkers or because of a certain lifestyle. My poor child always had organic food – he has never tasted junk food in his life – how could something so bad happen to him? I grappled with this question in my head for days. The fact that we could lose our son if we didn’t do something fast was gnawing at my heart.”-Susila, with tears in her eyes.

This little boy cannot bear the pain of injections

Cancer has changed Sairas completely – earlier he would not even sit down in peace for a minute, now he can barely move because of weakness. He vomits regularly, right after his chemotherapy sessions and refuses to eat anything for a couple of hours. He feels pain in every limb of his body, and resorts to watching happy videos for children on his mother’s phone.

“Sairu misses his school and village terribly – those videos are the only thing that put a smile on his face. Watching happy children and cute animals in them makes him forget the pain of injections.”-Susila.

Narayan works as a cook in a small restaurant in Nepal and earns Rs 8,000 per month. However, he was on unpaid leave for the past few months that he was in India for his son’s treatment. The money that he had initially arranged courtesy of his friends and relatives is fully exhausted. He was forced to go back home or else he would lose his job – and he cannot afford to do that as he is the only breadwinner of his family. He has no way to save his son – he has completely run out of money, but he still needs 10 lakhs for Sairas’ treatment.

5-year-old Sairas is suffering from severe blood cancer and needs prolonged chemotherapy to survive. His father, a poor cook cannot afford to do it on his meagre salary and has exhausted all his resources. He wass forced to leave his wife and son in the care of a cousin and join back at work. But even if he works 24/7, he cannot make enough money to save his little boy. Sairas will not be able to go to school and enjoy with his peers if he does not get better.

Sairas is undergoing chemotherapy and is doing better. He still needs 4-5 cycles more after which the doctors will see the next course of action.

Thank you for the support so far. Please continue supporting and sharing the campaign as they are short of funds for the treatment.

Scan & donate with any app
check_circle_outline Download payment receipt
Report fundraiser
Know someone in need of funds for a medical emergency? Refer to us
Rs.90,501 raised 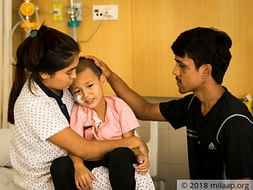