Patna Flood Relief Fund | Milaap
This is a supporting campaign. Contributions made to this campaign will go towards the main campaign. 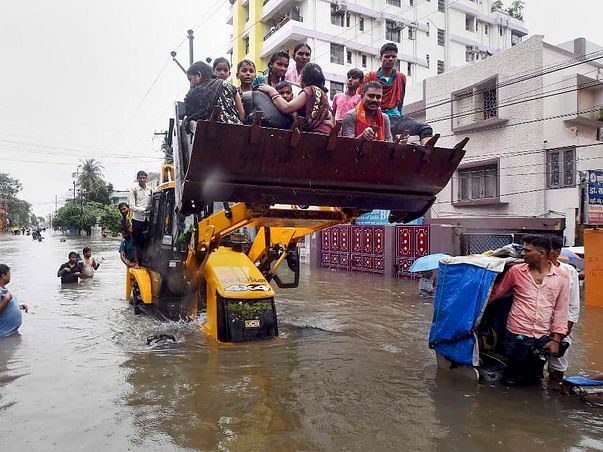 Hello Everyone,
These two groups of Patna (HHFC & KVian Groups) stands from last days with the public of Patna. Although, all of them are just students so they don't much more funds to help the people so we decided to help them by collecting the funds and crowdfunding.
Yesterday, KVian Groups has distributed 5000+ Bottles and 1000+ Milk Packets along with Bread.

We are looking more supporting hands across the country to revive the life of Patna on the track within a few days.

Large parts of Patna are facing a flood-like situation, with water entering homes and people being rescued in boats. Thirty-two people have died so far, while hundreds including the deputy chief minister of Bihar, Sushil Kumar Modi, had to be rescued. What led to these floods? It is not a result of rivers breaching their banks and entering the city. The cause is a four-day deluge, the highest in 119 years, after three months of deficient rains this monsoon season.
An HT analysis of daily rainfall data from the India Meteorological Department (IMD) shows that total rainfall in Patna between 26 to 29 September was 210.8 mm. The five years that come closest to the 210.8 mm rainfall received in the September 26-September 29 period in 2019 are 1963 (198.1 mm), 1960 (136.1 mm), 2007 (126.7 mm), 1989 (117.8 mm), and 1902 (116.8 mm).

What’s ironical is the fact that total rainfall this year in both Patna and Bihar is less than the Long Period Average (LPA) rainfall. The total rainfall in Patna and Bihar was only 86% and 98% of LPA between June 1 and September 29. LPA is average rainfall between 1951 and 2000.
If the week after September 25, 2019 is excluded, the monsoon rainfall for Patna and Bihar comes to -35% and -18% respectively. Another metric can be given to highlight the skewed nature of rainfall in Bihar this year. Out of the 121 days in the 2019 monsoon —June 1 to September 29 — for which daily rainfall data is available for Bihar, 90 days saw lower-than-average rainfall in the state.
Within the state, there were regional differences. For example, although the state has received normal rainfall, seven of 38 districts (Arwal, Begusarai, Sheikhpura, Saharsa, Munger, Lakhisarai, and Katihar) remained rainfall deficient as on September 29. This means that the total rainfall received in these districts was 20% or more below the LPA. All these districts received “large excess” rainfall on September 29. Only four districts in the state — Buxar, Samastipur, Siwan, and Gopalganj — have received excess rainfall this monsoon. Almost three-fourths of the state (27 of 38 districts) will likely continue to be in the “normal” category this monsoon unless the rainfall on Monday can cover the gap to the 20% or above values of the districts’ respective LPA.

UPI: rzpy.givetomlpfloodaff013@hdfcbank (Copy to clipboard)
Or
Click here to read the instructions before you make a bank transfer.

Ask for an update
Donated to this campaign via Paytm or bank transfer? Click here if you have not received an email confirmation from Milaap.
We are using it in spreading Bleaching Powder around the flood affected areas.
The amount will be used for helping flood-affected in patna such as buying food, waters, bleaching powder.
Donate

You are sending a message to
Campus Varta
Go back 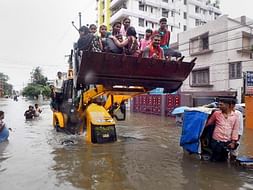