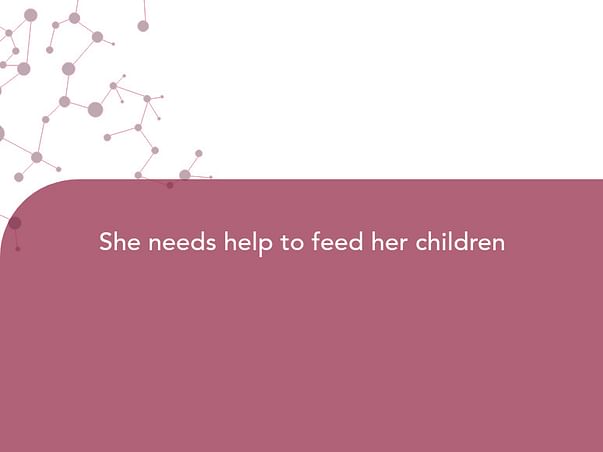 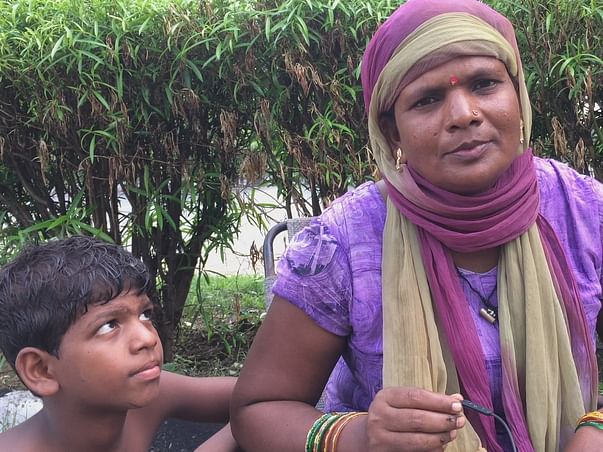 Her name is Raj kumari Devi. She is mother of 4 children and single earning person in the family. She barely earns to bring food on the table and sometimes she has nothing except water to offer to her hungry children.
Her story doesn’t end here!
She still remembers her childhood days in village with excitement when her father used to bring toys cloths and candies whenever he used to go city and she used to wait for him in hope that when he is back, he would bring all her favorite things from city. She says “those were wonderful days”
She got married at early stage and soon after her marriage, her father passed away and within 3 years his demise her mother also died. She was trying to cope up and her unfortunate stroked again when her husband was detected with a brain disorder. Her husband was only earning member of the family and whatever he was able to earn, they were somehow managing to raise kids poorly. Looking her situation one of the known person offered her help and asked her to come along with her to Delhi where she can get her a good job and she would be able to raise kids and treat her husband in good hospital. She took it as only hope and shifted to Delhi with her. She took all her small savings and promised a good earning job. However, she ran away with money & her dreams to survive. She has no money, food or place to stay and she spent weeks and months under metro line with her 4 little children. She used to work as labor while it was not a regular job and most of the times she used to beg to feed her children.  She tells with pain that she survived drinking water for 9 days because she had nothing to feed her children and herself and whatever she used to get by people to eat, she used to make her children have it. Sometime she also made them drink water in hunger.
After many years she got a real help when a contractor provided a small space in slum area to her and also help her to setup a small rikshaw (cart) tea counter.
She still running that tea counter and somehow manage to earn only to survive.
https://milaap.org/fundraisers/support-rajkumari-devi
She wants to open a store on her own to fund education for her children. As she says “ APNI TO KAT GAI SAHAB. BAS AB BACHCHO KO WO DIN NA DEKHNA PADE” (my days are over. I just want my children not to suffer again)
Please contribute to strengthen her so that she could raise her children with DIGNITY!