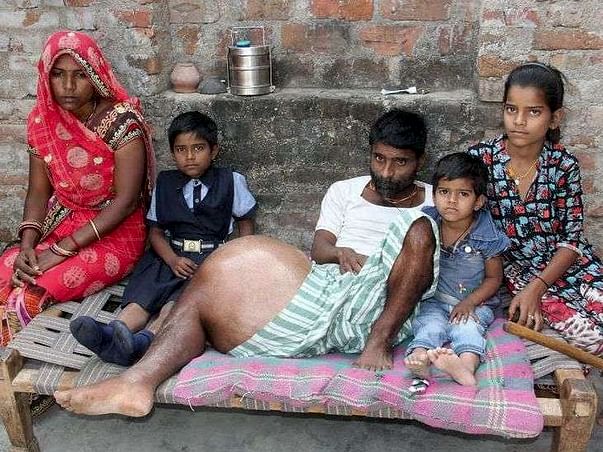 An accident from 8 years ago shows effect six years later as cancerous cells form in the thigh region leaving the 38-year-old Rajkumar bedridden.

Rajkumar Prajapat, a resident of Sirohi, Rajasthan, had met with an accident eight years ago with broke his thigh bone. Doctors operated on him, fixing a rod in the region making it possible for Prajapat to continue with his normal life.
Six years later, the supposedly treated region starts selling up starting Prajapat's journey from one hospital to another. Eventually, upon reaching the All India Institute of Medical Science (AIIMS) he finds out that there is cancer in his thigh which needs to be operated or else his leg will be amputated.
Being the sole breadwinner in the family, he was stunned upon the revelation of such news. And having already spent Rs 8 lakhs in his treatment, the man had no idea as to what to do.
"I've gone everywhere for my treatment but the option that has given to me what getting my leg amputated. But what is the use when I won't be able to take care of my basic needs," says Prajapat.
He adds, "I have five children whom I have to take care of, but my situation has forced my eldest to drop out of school due to lack of money in the family. How can I take care of these kids when even sitting and going to the toilet has become a hard task for me."
Prajapat's 15-year-old son, Lalchand Prajapat, was expelled from his private school when he was unable to pay the fees on time. He has now become the support of the family as he works as labour all day to feed the family.
"I too wish to continue my studies like my other friends but I know I can't as my father and my family's needs my help. I can only work hard each day to support the family," says Lalchand.
Prajapat's wife, Rajudevi, laments over being unable to do anything about the situation. Not getting any help from the government leaves them helpless as they have nothing to give as a mortgage which can help gather money for Prajapat's treatment.
"Having all these identification and other cards have been of no use when the government is not helping us out in our dire needs. I have nothing that can be of use right now and I don't want to lose my husband due to this," says Rajudevi.
She breaks out in tears remembering the family's situation, " We do not even have anything to cook on some days. It is painful to watch as my children are left starving on such days and I have nothing that I can do to help."
Through these hard times, Rajudevi tries her best to get through these troubled times, holding on to the hope that someone will help the family.
The family waits for a kindhearted patron who can help the family save their support, to protect them from becoming fatherless in the future. They now urge people for financial help.

UPI: rzpy.givetomlprajkumar059@hdfcbank (Copy to clipboard)
Or
Click here to read the instructions before you make a bank transfer.

Rajkumar had the surgery last week where his leg got amputated.He is fine and will be getting discharged tomorrow. He would be needing a prosthetic leg which will cost around 2 lakhs.

We will post another update soon on the Rajkumar's health. Once again thank you for all the prayers and support. Please continue to support Rajkumar.

Thanks for the support thus far.  Rajkumar is being treated at Mewar Hospital, Udaipur, Rajasthan.

The hospital has given a pro-forma estimate for Rs 2.5 Lacs for the initial treatment and further amount of Rs 50,000 for medication involved. We are transferring the funds directly to the hospital. We'll keep you all posted on the treatment status.

Donated to this campaign via Bank transfer/QR Code? Click here if you can’t find your donation listed below.
A
Anonymous donated $25
RD
Remy donated C$40

Donated to this campaign via Bank transfer/QR Code? Click here if you can’t find your donation listed below.
A
Anonymous donated $25
RD
Remy donated C$40 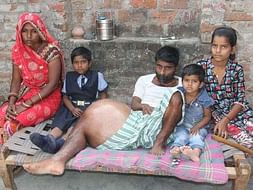