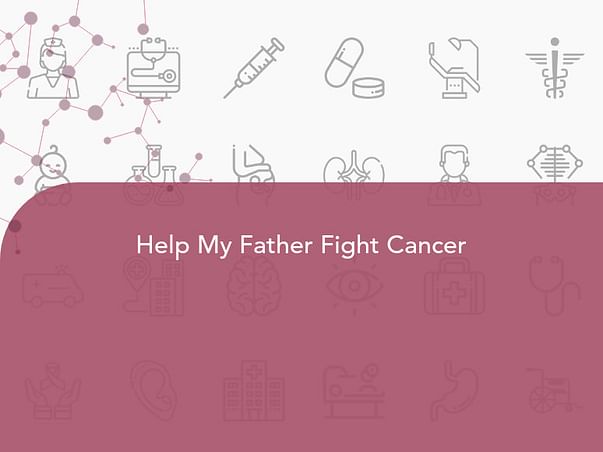 My father Rajesh Kumar Sharma,47 years old, has been suffering from Carcinoma (a type of cancer) in the GE Junction for the past year. His cancer was first diagnosed in July 2019, after which he has undergone 5 cycles of Chemotherapy and 20 cycles of radiotherapy at Apollo Gleneagles Hospital, Kolkata, which was followed by a major surgery in November 2019 at Asian Cancer Institute, Mumbai. Unfortunately, he had a relapse in April 2020, and a Metastatic Cancer was detected in his D2 Vertebra in the spinal cord for which he under took 5 cycles of Radiotherapy at Apollo Gleneagles Hospital, Kolkata. Subsequently in August 2020,a PET CT Scan revealed that his cancer had spread to various parts of the body, namely stomach, lungs, bones, spinal cord and neck node. The Metastatic Cancer in the spinal cord spread to the D3, D4, D5 and D6 Vertebrae affecting his nervous system and the lower part of his body started showing symptoms of early paralysis, for which he went through immediate neuro-surgery, D2- D6 Level Compressive Myelopathy early in September 2020 at The Apollo Gleneagles Hospital, Kolkata.
For further treatment of the cancer my father is currently required to take up Immunotherapy initially for 3 months which will costs us ₹ 4,17,000 per month. For the past year we have been paying for my father’s treatment through our savings, health insurance and family funds, but bearing such a huge amount of treatments is now proving to be a very difficult challenge for our family.