The Alternative Living Theatre has been committed to working with and putting up plays for the “have-nots” of suburban West Bengal, in the outskirts of Kolkata since the early 1980s. It has chosen to focus on adopting an indigenous methodology for crafting performances, incorporating many performative idioms and martial art forms like Seraikella Chhau, Mayurbhanj Chhau, Kathak, Thangta, Kalaripayattu and Kabui Naga. ALT has gone onto stage nationally acclaimed and touring productions like Ahalya, Amma, Ghore Pherar Gaan, Bishadkaal, Tritiyo Juddho, Krishnakalo and Long March. Every year, it has hosted regular national workshops with experts in these idioms, at a very nominal charge so as to attract more people from lower-middle class and working class families. They have been able to do this, because of the construction of a intimate theatre space called Aakhra in 1996. Inaugurated by Habib Tanvir, the Akhra space has hosted some of the finest theatre workers of the country devising and presenting theatrical productions of contemporary social issues like communalism, women’s empowerment, etc. The pathbreaking aspect of ALT’s work has been to evolve a style which makes a sensorial connection with the imagination of its largely semi-literate audience, through an extensive use of the actor’s bodies and the innovative application of numerous folk instruments.


In the month of May, the Akhra space was subjected to the violent force of Cyclone Amphan and unfortunately, the space has sustained huge structural damage. The prevailing incidence of Covid 19 has put a stop to the performances of Alternative Living Theatre and it is failing to meet the expenses of re-constructing this vital performance space. In this regard, as the creative director of ALT, I would humbly request you to donate whatever amount is feasible for you. It would really help us recover from the trauma of Cyclone Amphan and restart our dynamic work at the Akhra. 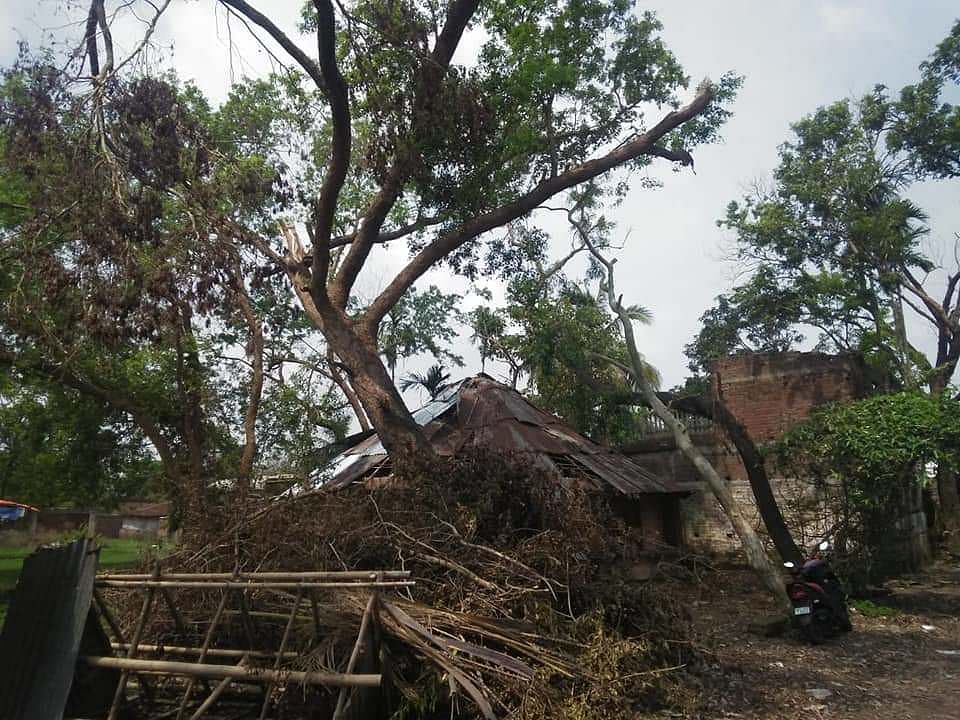 Donate
0%
Be the first one to donate
Need Rs.218,000
Card, Netbanking, Cheque pickups
Or Donate using