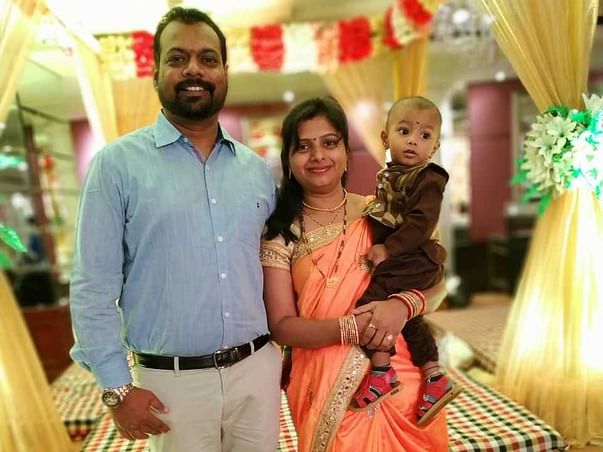 Girish, our friend and brother, lived life with passion, hope and most of all, energy. When we last called him, he messaged that he cannot speak because of cough and reassured us with his exact words "Dont worry bhaiyon, I ll come back....". Unfortunately, we could not even say our Good Bye and he left us for his heavenly abode.

Girish, a loving husband and a doting father, lived life on his terms. Rather than spending his life in comforts of a metropolitan city working with a MNC, he chose nature over money. He passionately worked for BSNL in Port Blair and believed in connecting even the remotest areas in his region, that private telecom players neglected.

His love for Andaman made sure that he took Andaman with himself whenever he travelled outside - in Delhi, Lucknow or Mumbai. Anyone who even faintly knew Girish was aware that he would be welcomed in Girish's house. "Girish is synonymous with Andaman islands" - says his IIM Lucknow diary. He imagined building a farm in Port Blair and having a tourist agency so that rest of the country can appreciate the beauty of this remote island.

Girish had difficulties in his life but he never believed in sharing those. He met those problems with his unmovable confidence, belief in God and persisting attitude. He always emerged victorious. But even in most difficult moments, he hid his pains, not asking anyone for support. That's because he believed in sharing happiness. He wanted to make others laugh and enjoy life. In fact, what is most memorable is his sudden burst of laughter that will immediately spread among all his friends and family members. His untimely demise has shattered his family, especially his son, wife and parents. While nobody can ever fulfil the void in their lives, the least we can do is come together and contribute to safeguard the family’s future.

Girish (as he was fondly called "Nana" in IIM Lucknow) has touched the lives of anyone he has met. He was a family man and was the life of any gathering or group of friends and will be dearly missed.

His memories are endless - his cracking jokes, helping hand for family and friends, his daily religious practices, love for nature (craziness for watching tigers at Jim Corbett), straightforward and unpretentious nature, respect for food, 'khuddar' and giving philosophy for life, love for his home and profession... He has passed on so many lessons for us to learn from.

As written by a friend for Girish in 2010 year book at IIM Lucknow: "When others crib about 'Why me?', Girish asks 'Try me'.". He truly lived a grand life. Let us all come together to make life better for his wife and son, in our own little possible way. No contribution is big or small- please do whatever you can to help.