TO VICTORY!! | Milaap
Milaap will not charge any fee on your donation to this campaign. 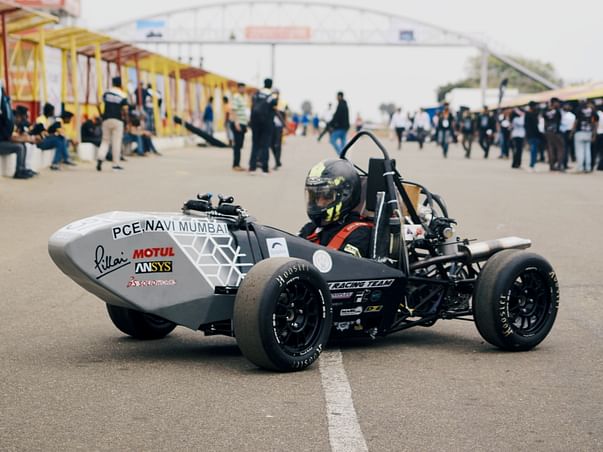 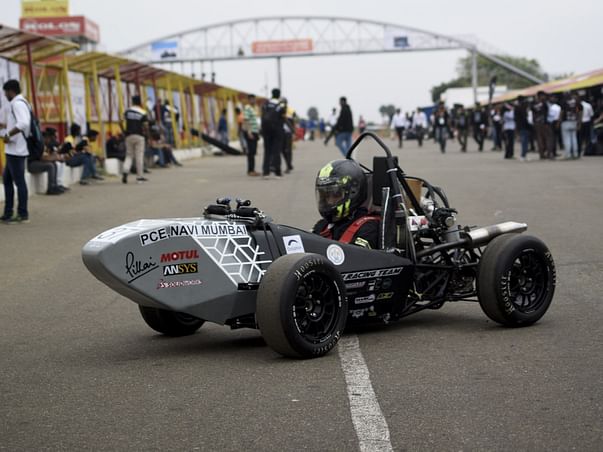 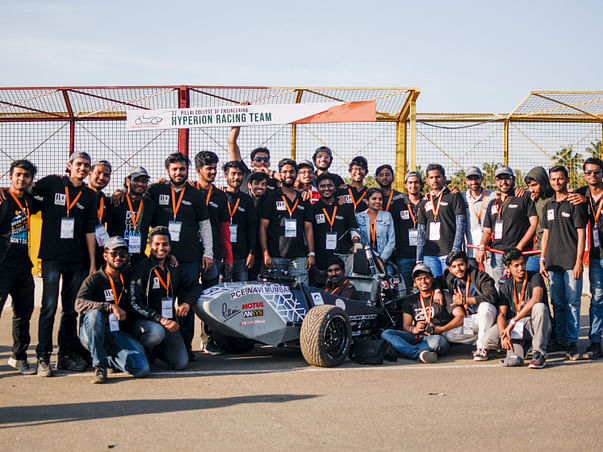 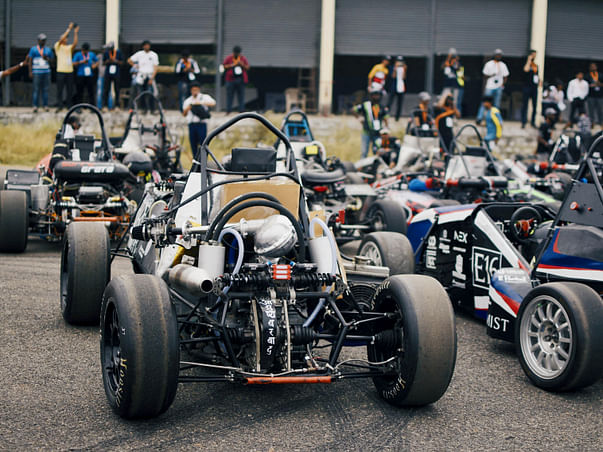 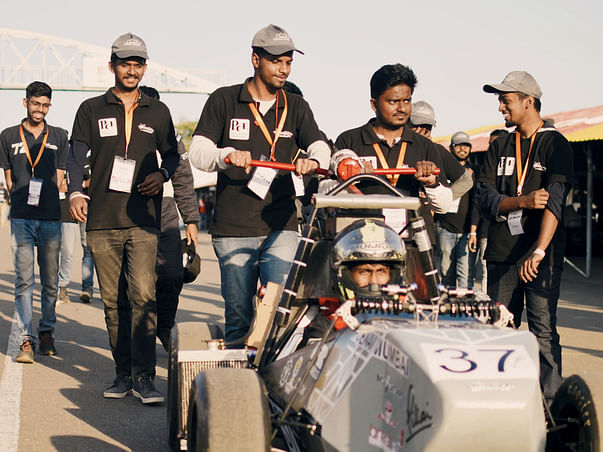 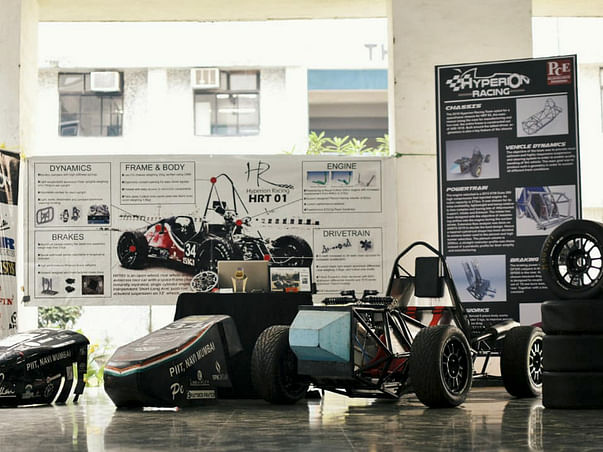 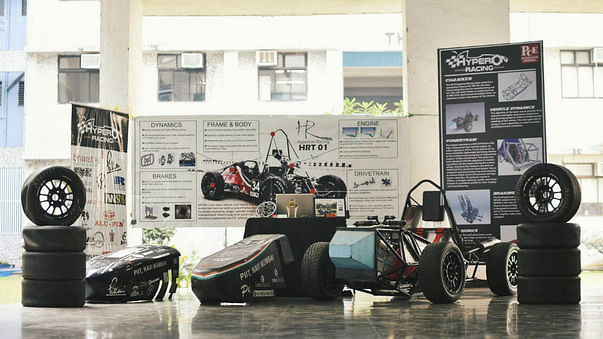 Founded in he year 2013 by a group of dedicated engineering undergraduates, Hyperion Racing Team has always marched on with it's best foot forward to achieve success in the various competitions it took part in, such as FSG2014 where the team was hailed as the Lightest First Year Indian Car and was able to clear the Technical Inspections Round in the First attempt! The team then went on to compete in the Formula Design Challenge 2015, where out of all the teams that competed from around the country, HRT came in the top 10s, securing the 10th position in the OVERALL NATIONAL RANKING , 9th position in the Cost Event Ranking and the team came out with flying colours, securing 1st place in the Real Case Scenario Ranking. 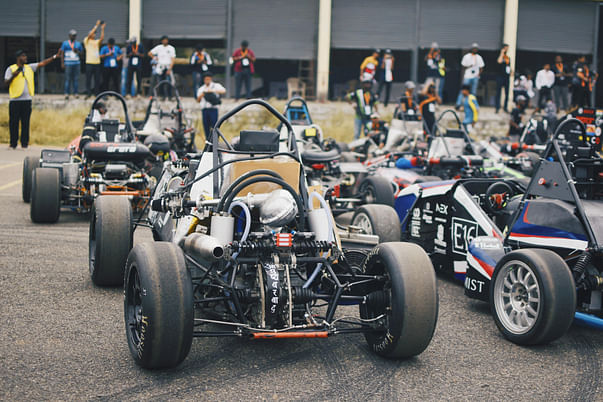 Later in the term 2016-17, the team participated in the Formula Student India 2016. Out of all the teams that participated from around the country, HRT was able to secure the 18th Rank.
In the recent times, HRT had it's best performance in the term 2019-2020.
In 2019, Hyperion Racing Team enrolled for the pprestigious CHAMPIONS OF CHAMPIONS 2019 (organised by I.S.I.E INDIA). Out of all the teams that participated on the national level, HRT was able shoot it's way through to the top 5s, securing the 5th position in the OVERALL NATIONAL RANKING, 3rd position in the BUSINESS PLAN PRESENTATION RANKING and Hyperion Racing Team equipped enough to come on top of the competition as the FIRST RUNNIER UP in the DESIGN ENGINEERING EVENT RANKING.
In the year 2020, HRT competed in the FORMULA STUDENT BHARAT 2020. From all over the country, a total of 72 teams were selected and Hyperion Racing Team was able to race through the competition, to the top and come in at the 32nd position in the OVERALL NATIONAL RANKING and in the 19th position out of 72 teams in the DESIGN ENGINEERING EVENT RANKING.
We are one of the youngest teams in the aforementioned competitions and right now are in need of some support financially and hence are asking you to help us in the smallest way possible. We promise you that you would feel proud of your donations to us when you see HRT coming on top of the competition and that is our commitment to you.
The beneficiary mentioned, Pranay Manyath is a member of the administration department of Hyperion Racing.
To know more about our team, please visit our social media handles mentioned below:-
Instagram:- @hyperion_racing_team
Facebook:-  @TheHyperions
Contact via Email:- thyperions@gmail.com
Watch our videos on YouTube
or contact our team captain directly
Mr. Aditya Vipin :- 9819313389
Support Hyperion in achieving our goal of becoming Indian's top student formula race team!!! 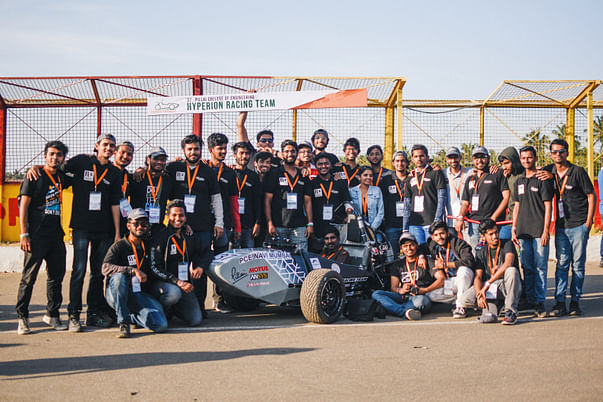 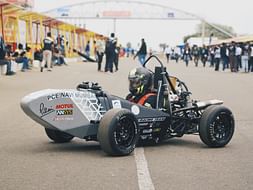