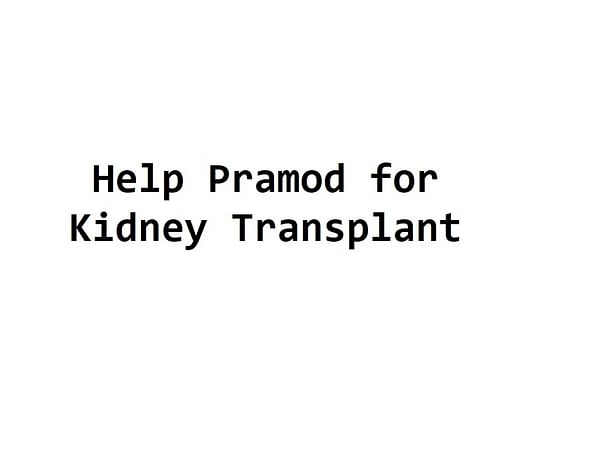 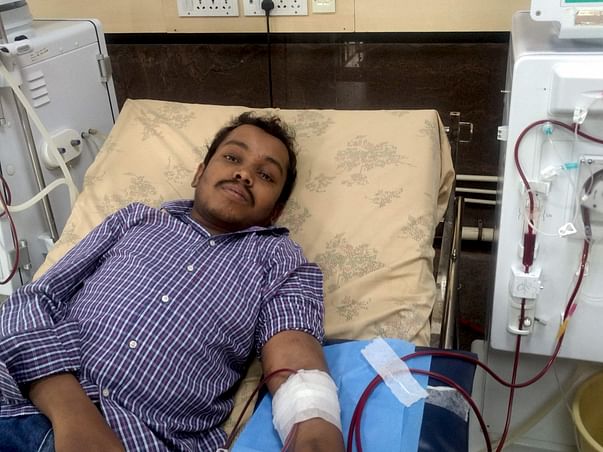 Previous Next
THERE IS NO CURE FOR HIM IF HE TRIES TO HIDE HIS ILLNESS.
Dear generous donors,
I have known my dear friend, Pramod, for a long time now. Pramod has been suffering from Chronic Kidney Disease from when he was 3 Years old.
After he started schooling with his partial Kidney function, at age of 9 his Kidneys completely failed and he was put on Peritionial Dialysis in 2003 .
In 2004,his parents decided to go for a kidney transplant but unfortunately the transplant failed in 4 days due to some complications and he was put back on Peritonial Dialysis.
He never gave up and when he was in his 10th Standard,he had to stop Peritonial Dialysis due to some complications. For a boy who was in his teens, he had to undergo a strenuous procedure called Hemodialysis 4 hours thrice a week ,when his board exams were just 3 months away was one of the greatest challenges he faced and came out with flying colors.
His +2 boards were challenging too but he managed to get good results,which resulted in a Merit Seat in a Reputed Engineering College for Information Science Engineering.
With great difficulty and determination to earn a Degree, Pramod attended college and did dialysis and he completed his 4 years of Engineering with First Class in 2016 .Pramod wanted to join a software company so that he could take care of the high expenses incurred for dialysis. But, he could not get a decent job as companies hesitated to give job to a fresher who was a kidney patient undergoing dialysis.
But he did not give up , so he had opted to freelance as a fresher and unfortunately his earnings did not suffice for his monthly medical bills and Haemodialysis.
As of now Pramod is 25 Years old, completed his 16th year on Dialysis.Because of his long term dialysis, his body took a heavy toll and is facing complications and has to undergo Kidney Transplant to lead a quality life as soon as possible .
Because of the earlier unsuccessful Transplant , he has to undergo a costly procedure called plasmapheresis to sustain the Future transplanted Cadaveric Kidney. Pramod is not having any insurance as he has a congenital problem. The total cost of the transplant plus the plasmapheresis is around Rs 10 lacs.
Due to high cost for the transplant, his parents are running from pillar to post to arrange the funds, but they have been unsuccessful.
Hence I appeal to the donors out there to help my friend - A KIDNEY WARRIOR- to help him financially so that he can get the "Gift of Life" and be free of dialysis.
Thank you for your time and May God bless you.
-Purnanand Sanket

UPI: rzpy.givetomlppramods0001@hdfcbank (Copy to clipboard)
Or
Click here to read the instructions before you make a bank transfer. 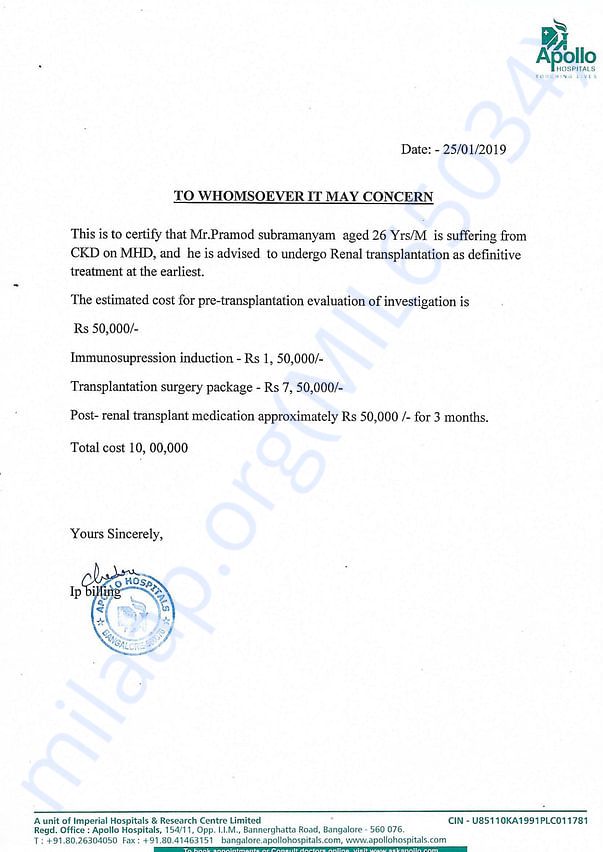 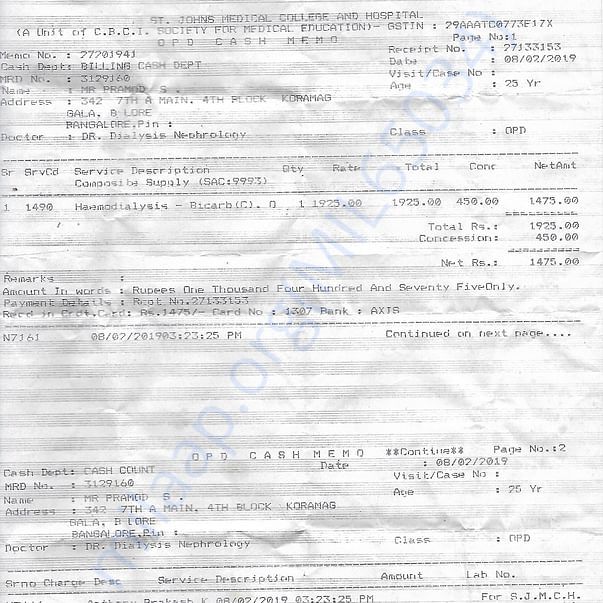 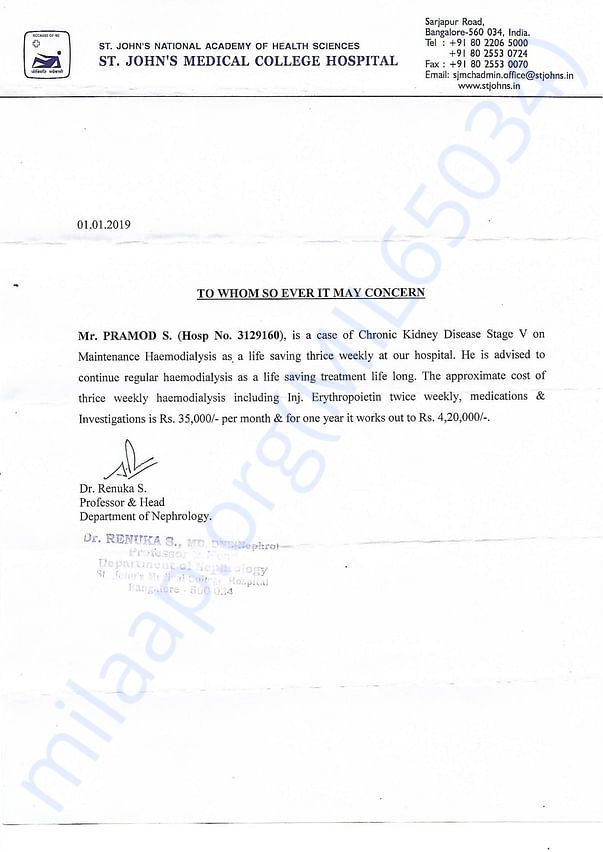 UPI: rzpy.givetomlppramods0001@hdfcbank (Copy to clipboard)
Or
Click here to read the instructions before you make a bank transfer.

Pramod is going to undergo the transplant shortly and is doing the required tests currently. Your response has been really inspiring. Please keep supporting Pramod and please do share the campaign with your friends and family.

Please pray for his speedy recovery.

Thank you all
Dear Supporters,

Thank you for your love and support

Pramod has started with the pre-requisite tests for transplant and he will undergo transplant once all the tests are done and he is fit for the same. Your timely response has been of great help and support. Thank you all once again.

I feel sorry for your condition, but I want to let you know that your story is filled with a lot of courage and determination... Keep your spirits high and things WILL be possible. There is more than this contribution that I am currently working on, in order to help.

I feel sorry for your condition, but I want to let you know that your story is filled with a lot of courage and determination... Keep your spirits high and things WILL be possible. There is more than this contribution that I am currently working on, in order to help.

You are sending a message to
Purnanand Sanket
Go back 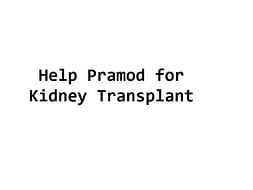