Like 75 million others living below the poverty line in India, Kavita Bisht came from a poor family in a rural village in the state of Uttrakhand. She was beautiful, bright, and full of potential but was forced to drop out of school to earn a wage as a farm laborer. 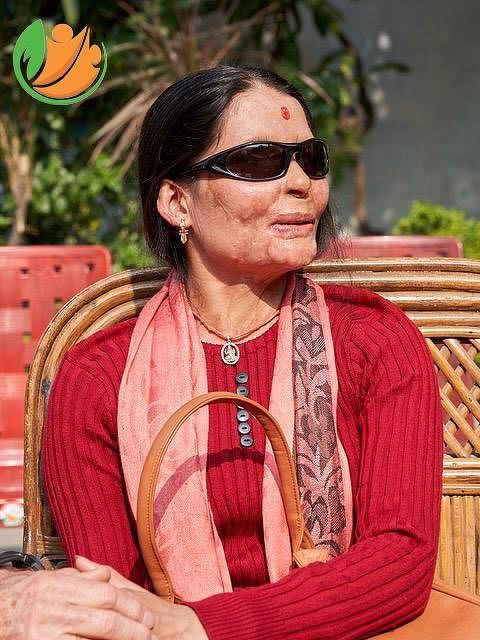 Kavita’s father had to take out a loan to pay for her sister Prima’s wedding. Tragically Prima died of a kidney infection soon after she was married. Her father then lost his job and spent his wife’s meager wages on alcohol, leaving the family broken and desperate for money. When she was 18, Kavita moved to Delhi to find work to send money back to her struggling family.
Kavita stayed with a cousin in Noida, a Delhi slum where the poorest of the poor live, and disease is rife due to open drains which flood in monsoon rains. She managed to find a job making safety belts for cars, working 16 hours a day so she could send money to her mother. But lack of good food and rest affected Kavita’s health and she caught typhoid, then pneumonia, and was ill for some time. When she was well enough, her hours were reduced to help her recover.

A young man, Jagdish, began to follow Kavita to work. Unaware, she was surprised to receive a message from him which read: “I like you a lot and want to marry you!” He continued to send messages each day, but Kavita always ignored him. At Christmas, he sent her a present which she returned. Jagdish began to get angry and bolder and Kavita’s health failed again through sleepless nights and worry. She took more time off work but returned the next month. When she was walking home one day, Jagdish approached and grabbed her. She managed to get away, but he texted a message to her cousin, saying: “Tell her if she is not ready to marry me then I will disfigure her face so badly that no-one will ever marry her.”
Even though the Police sympathized with Kavita, they said nothing could be done as she had no visible evidence. Her cousin, still in touch with Jagdish, refused to disclose his number to the Police. 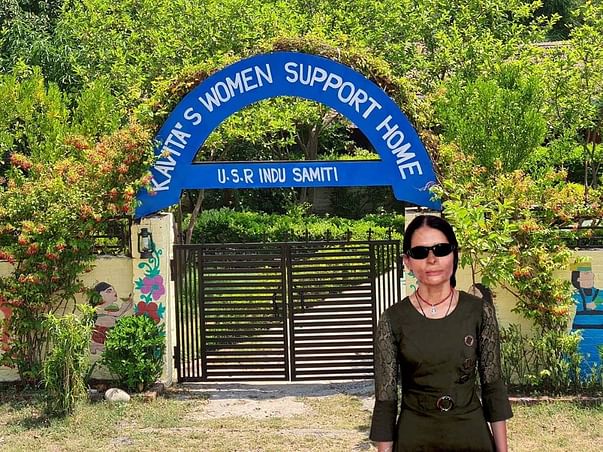 Kavita decided to return home for her own safety after being paid that month. But fate had other ideas. Her leg had been injured in a rickshaw accident, so she was traveling by bus to work. At just after 5.30 am early one morning, whilst standing in the bus queue she saw two people on a motorbike, wearing crash helmets and disguised in sheets. They were approaching slowly. As they got closer, the pillion rider took out a mug from under his sheet. As they passed Kavita, he threw acid straight into her face and then the bike accelerated away.

Kavita fell to the ground writhing in pain until an old man she knew called a rickshaw which took her to the nearest hospital. The hospital was the first of several that turned her away, the staff claiming they couldn’t help her. She was eventually taken to the ITU department at Sadarjan Hospital where she was unconscious for 8 days. When she woke, the Police took a formal statement and decided to prosecute Jagdish. Kavita spent a month in ICU, then a further three months in the hospital undergoing treatment.

She was then moved between various hospitals for further treatment but after many delays, her eyes had suffered permanent damage and Kavita became blind. She believes that if her eyes had been operated on as a priority, she may have been able to see…In the meantime, Jagdish’s relatives paid a visit to Kavita’s family. They offered her father four Lakhs (£4,000) for Kavita to deny their son as the attacker in court. They also said that if Kavita didn’t comply, they would throw acid at all of her family. Even though she desperately wanted Jagdish to be accountable for his vicious crime, Kavita dutifully complied and the case was thrown out of court. Kavita’s father took the money and paid off his loan, leaving her with nothing.

At home, Kavita was abused and taunted as a burden to her family who would never get married. She was so distressed she destroyed all the certificates and letters of congratulations she received at school. She even tried to commit suicide.

But thankfully, she received an invitation from DK Joshi of the Drishti Heen Training School for the Blind in Almora. Mr. Joshi himself was blind and helped motivate Kavita to recover from her ordeal and restore some dignity to her life. The school produced a local magazine and in it, they told Kavita’s story. This was picked up by Mr. Pandey in Mumbai who volunteered to pay for Kavita to receive more treatment. She then went to the National Institute for the Visually Handicapped in Dehradun. Here she learned to use a computer, write shorthand, and to make candles and envelopes. Eventually, she went to Haldwani to do social work and whilst here even managed to get her father his job back.

The Uttrakhand Government also recognized Kavita’s fighting spirit and made her Brand Ambassador for Women in Uttrakhand as well as a Voice of Women’s Empowerment in the State. She has since received several other awards including the State Woman’s Honour 2014/2015.


Kavita’s Support Home for Women:
Lotus Flower Trust met Kavita at Montessori School in Pant Nagar where our charity funded an impressive extension for the children here. Kavita’s special qualities were immediately obvious, but we were concerned to learn she had no money and lacked a loving home. She also visited another of our flagship projects, the JSR Residential School for Children with Special Educational Needs and Disabilities, and felt very welcome here. So we invited Kavita and her mother to live at JSR and help look after the 85 children who attend, some of whom are also blind. Like all the children here with various special needs, Kavita wants to continue her education so that eventually she will be able to earn a living. She is a wonderful role model for them and an example to us all.

Remarkably, Kavita has recently set up a home for abused and destitute women, Kavita’s Women Support Home, close to the JSR School. All who come here have experienced even more hardship than usual because of the Coronavirus. At the home, Kavita continues to inspire and help many women receive support through friendship and counseling, as well as to learn skills to earn a living, in a safe, nurturing refuge. Please Like and Share Kavita’s amazing story to raise awareness of the damaging effects of acid crime.