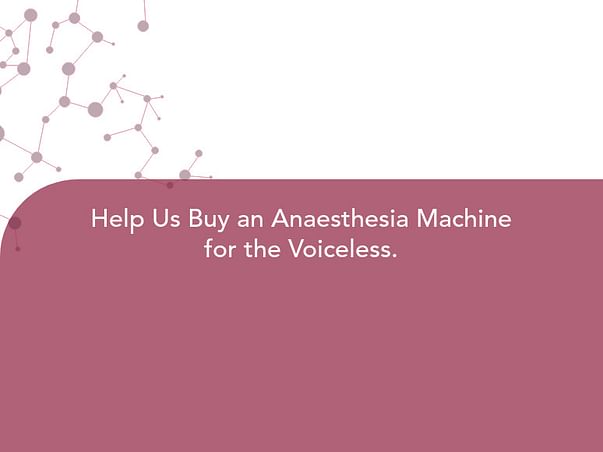 People for Animals(PfA) Wildlife Hospital, Bengaluru, is a non-profit animal welfare organization, founded in 1996. The center rescues, treats and rehabilitates urban wild animals, to ultimately release them back into their natural habitats. These urban wild animals, found in and around the city, are injured, displaced or orphaned due to various causes. The center is open 24x7, year-round.

Since its inception, PFA Bengaluru has rescued over 25,000 urban wild animals, of over 200 species. From conducting awareness drives in schools, colleges, offices, and communities, to initiating special programs, such as replenishing the water sources in fringe forests, PFA has been instrumental in the conservation of environment and wildlife in and around Bangalore over the years.

Why PfA needs it: PFA's core functioning involves treating injured animals across hundreds of species. Performing intricate surgeries need the support of various medical equipment and one such equipment we are in dire need of is the Inhalant Anaesthesia Machine. The equipment is used to deliver inhalant anesthesia to the injured animals and is also the safer way of delivering anesthesia when compared to injectable anesthetics. The induction of anesthesia and recovery from anesthesia is more accurate and predictable in the case of inhalant anesthetics. This is more valuable in reptiles whose metabolism is slower compared to other animals. Inhalant anesthetics are safer to use in compromised / old animals since it is always delivered with oxygen and only the lungs are involved in drug update or excretion. The depth of anesthesia is better controlled when using inhalant anesthesia.