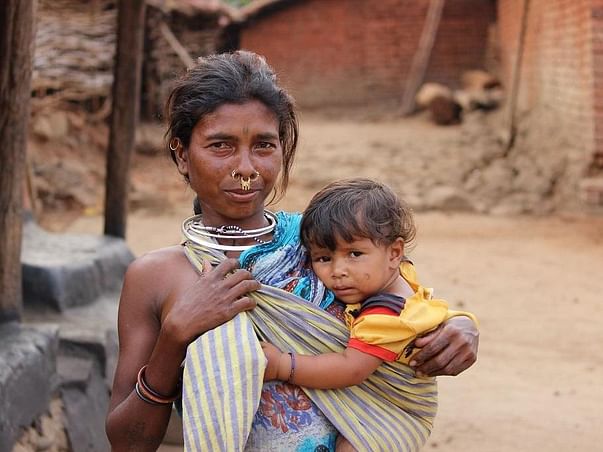 PATH Foundation (People’s Action Towards Humanity) is a collective of like-minded socially conscious youth from different parts of Maharashtra belonging to legal and medical fraternity. While working on the issues of violation of very basic human rights in tribal region of Gadchiroli and Chandrapur we noticed that lack of legal literacy, poverty, non-affordability, illiteracy, geographical & language barriers and low socio-economic status are the major responsible factors in ensuring their legitimate stake in the protections provided by the Constitution and legal system. In addition, non-recognition and lack of awareness of their rights have made them more vulnerable. Therefore, to analyse the impact of above -mentioned barriers in getting easy access to justice in the socio-economic context of PVTGs we are conducting a field research in 6 tribal dominated blocks of Gadchiroli and Chandrapur District of Maharashtra.

Objective of the research
Understanding the barriers in getting access to justice in the socio-economic context of Particularly Vulnerable Tribes residing in Gadchiroli and Chandrapur and reveal the overall outcome and suggest the recommendations and work for increasing access to justice for PVTGs.
Methodology
The research will involve the application of mixed methods i.e., quantitative and qualitative. Methods of structured interviews and surveys from fields to be used for data-generation. To obtain the data, closed ended and open ended questions will be asked in the survey. To make research more accurate and trustworthy we have chosen participants from PVTGs  with similar geographical, social and economic conditions. The researchers will interact with the targeted group in their real-life environment. 3 villages each from 6 tribal dominated blocks of Gadchiroli and Chandrapur will be identified. 20 samples from each village will be collected. The interaction and survey will take around 10 days to collect first-hand information. Research is based on collecting the grass root information in relation to PVTGs interface with judicial and quasi judicial institutions, where exploratory research is more suitable it means a research where a problem which is not clearly defined. For the purpose of making research more comprehensive and detailed, due importance will be given to the interviews of local community leaders, teachers of the villages, president/ secretary of SHGs, local NGO workers working in the targeted area.

About PVTGs
In 1973, the Dhebar Commission created Primitive Tribal Groups (PTGs) as a separate category, which are less developed among the tribal groups. In 2006, the Government of India renamed the PTGs as PVTGs. PVTGs have some basic characteristics: they are mostly homogenous, with a small population, relatively physically isolated, absence of written language, relatively simple technology etc. A criterion for identifying Particularly Vulnerable Tribal Groups are as under:
Maria Gond and Kolam tribes are among the 75 PVTGs in India. These tribes reside in Gadchiroli and Southern part of Chandrapur. All the PVTGs recorded growth in their population as per census 2011. In comparison to 2001, the population growth rate of Kolam PVTG is 12.11 percent in comparison to 2001 and 247.25 percent in comparison to 1971. Similar positive growth trend is observed in the population of Maria Gond in the State. Overall, the State records a decadal growth rate among all the PVTGs.