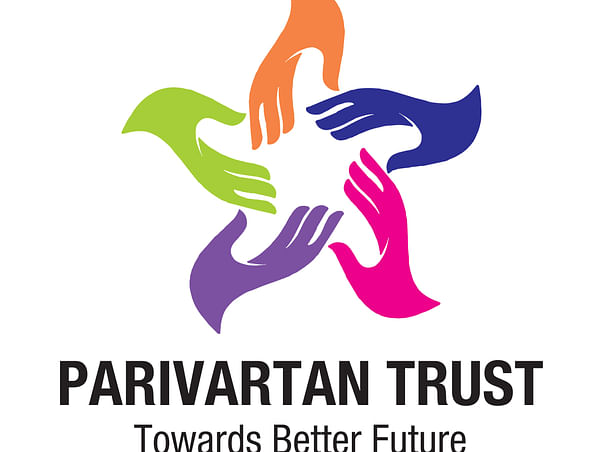 Parivartan Trust from Bangalore is working for the sexuality minority population and their aim is to see equality, inclusivity, diversity, and to create a democratic space for the marginalized communities in the larger society. It is formed by the group of seven community Activists who belongs to the Sexuality minority community. The members of Parivartan Trust are proud of their identity and working hard to bring positive changes within the community and the larger society.

Sexuality minorities and marginalized communities are highly in difficult situations due to various reasons. The Lesbian, Gay, Bi-sexual, Transgender, and Queer (LGBTQ+ Septum) are the sexuality minority population. Due to the law, societal values, and mainstream culture being unfavorable towards sexuality minorities, very few can afford to be open about their sexual orientations.

Lack of understanding about the communities and legal awareness are some of the main reasons for sexual violence, illegal detention and assault, harassment by police, and extortion. The extortion is a non-bailable offense under the Indian Penal Code (IPC). The sexual minority communities do not have much education, power, and resources to face these challenges. There are reports clearly states that there has been a sharp increase in attacks on LGBT Community in Bangalore, including harassment and illegal detentions by the police of gay and bisexual men in public recreational areas.

To recover the Community Members from the menace, there is a need for regular intervention with police and other stakeholders by the group or organization by their own communities. These crisis interventions need the support of empowered communities, self-identified community leaders, and legal authorities. Crisis intervention is one of the best strategies to address harassment from Police and Goodas, family problems, and community dynamics. This needs some resources. A legal response must be ensured whenever there is a case of violence involving the police, state, or even relatives of the family.
Members from LGBTQ communities are frequently marginalized from society due to their sexual orientation and gender non-conformity. Marginalization, or the inferior treatment of groups in society, which has cultural, economic, and political consequences, also articulates itself through a person’s heightened exposure and vulnerability to violence. Community members, in addition to experiencing physical and sexual violence in different their intimate partners during sex work, Begging also experience violence from others in their personal lives. Violence might happen with their partners, family members, teachers, or instructors at educational institutions, workplace colleagues, goondas (thugs), or the police. As well as negatively impacting on their mental health and emotional wellbeing, violence against members Trans Community.
As a consequence of the cultural, economic, and political deprivation caused by unequal opportunities and access to resources, and subsequent lack of power, many people are socially ignorant, illiterate, uneducated, and devoid of their basic rights. Social inequalities, marginalization, discrimination, and stigma based on gender non-conformity and sexual orientation are deeply ingrained in Indian society and very often lead to violence. Parivartan Trust position is that addressing violence is a key aspect
Of reducing vulnerability, as well as fostering gender equality, or the equal treatment of sexes in-laws and policies within families, communities, and society to ensure that everyone has the same chances to access social, economic, and political resources. Parivartan Trust has developed a process that can enhance the perception of violence and reporting of violence among community members using its existing peer and outreach worker model.
Violence is a sensitive and sometimes shameful issue. Some of the situations discussed during the session may remind participants of their personal experience with violence.
The Trust has already taken up activities related to COVID-19 for the communities and reached 1000 members  by distribution of Dry Ration kits, medicine Kits , Hygienic Kits  and addressed more than a hundred crisis situations such as police harassment, gundas atrocity, family problems, health issues, the crisis within the communities, blackmail, and extortion. We are committed to the cause.


Parivartan Trust appeals to the philanthropist, well-wishers, and corporate group to come forward and support for the cause. The support will provide fundamental and human rights to the sexuality minorities by doing crisis intervention.

“My silences had not protected me. Your silence will not protect you.” – Audre Lorde.