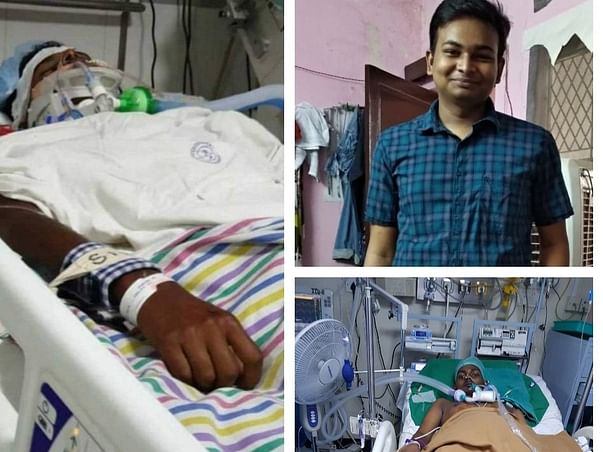 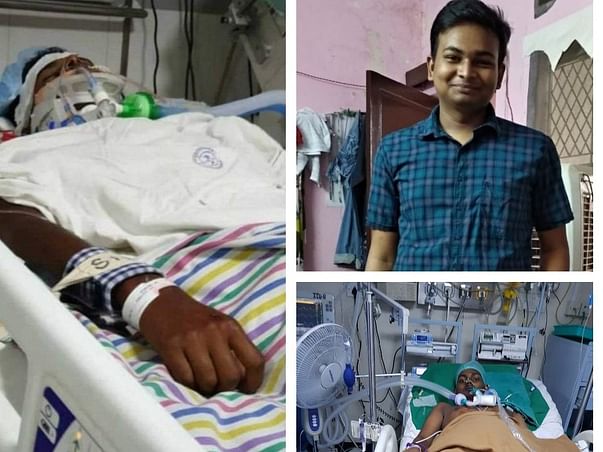 My name is Subhasish and I am here to fund raise for one of my acquaintance and friend, Nirmal who has been diagnosed with Pancreatic necrosis. It is a serious infection usually associated with acute pancreatitis. During recurring attacks of pancreatitis; tissue within the pancreas may die (necrotize) and become infected which is called acute necrotizing pancreatitis. It results multiple organ infection which requires multiple surgery and constant ventilator support.

Nirmal (originally from a village called Jalalpur - Panchberia in West Bengal), resides in Pune studying MBA from PIBM with the help of few well-wishers as the family’s economic condition is not good.

It is unfortunate and disheartening to see someone to have such fatal disease at an age of 22. His immediate family members which includes his sister, brother in law, cousins and his father are running from pillar to post for help to save their son.

We are trying from all dimension. His relatives, friends/teachers from his school and college are helping to their level best. His survival depends on our support and contribution. Bearing such cost by his family or for many family is just unimaginable. It has been possible until now because many known and unknown person has supported along with his relatives who has spent their not only last saving but also not getting debt anymore.

Nirmal is being treated at Sahyadri Super Specialty Hospital, Karve Road, Pune since August 2nd.  Patients with acute necrotizing pancreatitis have a drain (drainage catheter) placed within the pancreas (called an indwelling drain) to aid in post-surgical removal of infected fluids. This also increases the chances of other infections and hence the patient must be kept in ICU. Second surgery was done on 31st August which was successful.

His family is almost without penny. We are asking for help to save this young boy and showing fighting spirit despite all odds. Please contribute as much as possible and share this campaign with your friends on Facebook, WhatsApp or on Twitter with a personal note. You can also share this campaign to any charitable trusts, politicians, government officials who believe in doing good. Personally I believe in humanity.

Updates from Today - 20th Sept: I was little skeptical after consulting with different doctor and reading few article about this disease but we never gave up trying and kept hope alive.
His family, relative, friends and many of you without knowing Nirmal, supported with your limit and believe me, Nirmal is trying harder than us.
Nowadays, we read many things about doctor but can you imagine, his surgeon was telling other day that sometime I don’t get sleep because of Nirmal. He comes to visit without his schedule.
I don’t know what will be the final outcome but we are optimistic and will keep trying.
Nirmal is showing positive sign and out of ventilation now not having high fever like before and BP is also under control.
Based on latest CT Scan Report, Pancreas infection is getting reduced but there are perforations in his intestine and leakage is happening from intestine.
As per doctor, 3rd surgery is just not possible as it has life threatened risk as his intestine is fragile. It happens sometime and doctor prefers to follow conservative approach when body heals it by itself. He is under close observation and need to be remained like this for another couple of weeks with saline and protein substance in liquid format.