Nilgiris Wynaad Tribal Welfare Society
is a registered NGO set up in 1978 at Ambalamoola in Nilgiris district, TN, to provide free medical and other care to the Hill Tribe inhabitants of the area. The project works in the hilly and forested area situated on the borders of Tamil Nadu, Kerala and Karnataka. The Tribal hamlets are scattered, some are situated off the road in forested areas frequented by elephants etc. and many villages lack public transport and easy access to schools. Within the last 5 years the Society’s activities have focused more on the priorities of disadvantaged and underprivileged Tribal children and young people, particularly to address very low educational levels and high drop out rates from school.

Why we need funding support:
The need for Tribal children to be educated and take their place in the wider community cannot be in doubt. Our work in villages in preventing children from dropping out of school is yielding results confirmed by external reviews. For those at risk of dropping out of education beyond 8th std, the Hostel is a lifeline. Initially the Hostel was fully funded by a corporate and a UK donor,\ however due to shortage of funds and change of policy, they are unable to continue supporting us. Whilst we will get some smaller donations of around 2 to 3 Lakhs We are now seeking to fund the shortfall of 10 Lakhs for 2 Years. 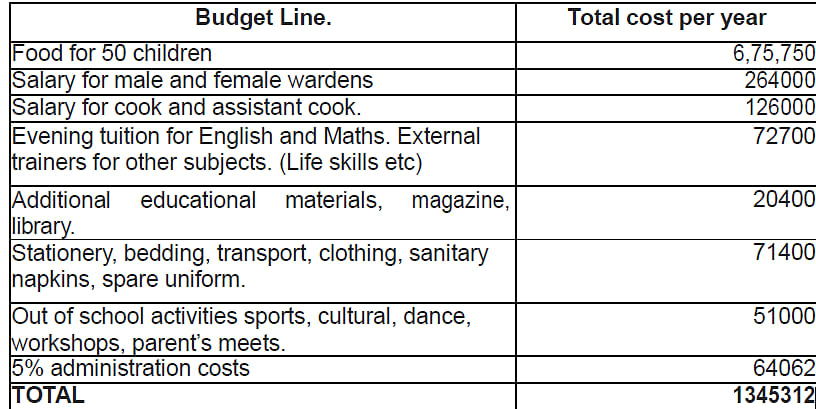