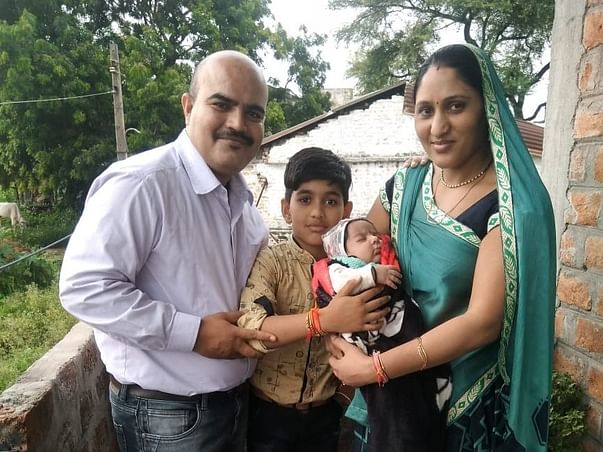 It was on the night of April 18th, Nemi left his house to get admitted to a nearby hospital as he was having severe cough and fever. He never would have thought that it might be the last time he would be seeing his wife and kids. He was tested Covid positive on April 14th, self-quarantined at home and admitted nearby hospital on April 18th.

It was on the April 19th night that his oxygen levels suddenly dropped to 72. He was immediately put on oxygen (through bi-pep) supply and was moved to a different hospital where he could be treated by an expert doctor. His struggle started on the night of May 5th, when he was admitted in ICU. He was put on NIV (non-invasive ventilator support) where his oxygen levels showed 40 with full oxygen support. His levels were dropping to 15 without the oxygen support.
With all the treatments (10 Remdesiver, Itolizumab, 2 units of Plasma, iv ig), he didn’t respond. It was a long battle of 19 days for him in the hospital where he had to see at least 10 dead bodies packed from the same ICU room and unshaken.
He never lost hope and was very brave that he would come back by fighting the virus. He never showed any weakness and was always positive. Even in that condition he was concerned for his family members who were tending to him by telling them to be careful and take care of themselves.
No one should suffer like this, I felt it as if it was like waterboarding even with full oxygen support struggling to breathe. Through the struggle, he always fought it out so bravely by not giving up.
He was intubated on day 19 in ICU on a ventilator and breathed his last the same day with 2 cardiac arrest.

His mother was unable to see and take a last glimpse of her son from the day he was in hospital. No mother should go through such pain as this.
Nemi is survived by his wife Kalyanee, son Kushal (10-years-old) and Rishiv (9-months-old). The unimaginable pain that his elderly parents are going through at the sudden loss of their happy and cheerful son is heart-breaking and cannot be express in words.

In the words of his wife, “He was a man full of positive attitude. He loved me and my kids so much that he wanted to give us best in everything, every minute of his life. He said that he would never leave me and go”
Let us all pray and help with whatever we can by extending our helpful hand for the kids’ future. We definitely cannot give the life he dreamt for his loved ones but can try to fill his void with financial support.