Help Yoko Rai Raise Funds For Cancer Patients | Milaap
This is a supporting campaign. Contributions made to this campaign will go towards the main campaign.
This campaign has stopped and can no longer accept donations. 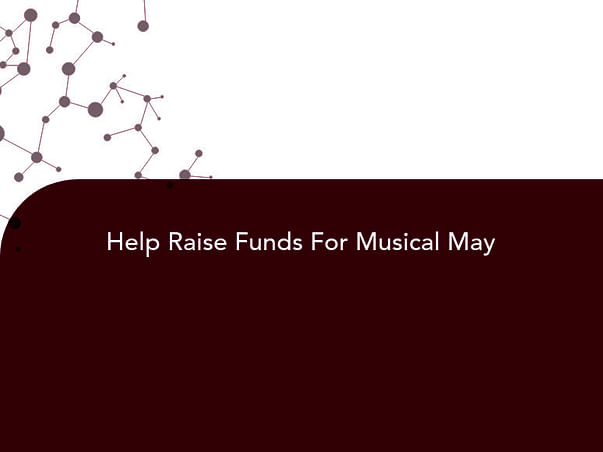 I'm Yoko, a participant in Musical May and pledge to raise funds for CPAA to fight cancer. Those whose lives are touched by cancer know the turmoil it can cause as the name is enough to spread fear.

As many people cannot afford the treatment or have to quit the treatment in between because of insufficient funds end up succumbing to the disease. As a vigilant citizen and on humanitarian grounds, I pledge to raise funds and try my
best to help CPAA(Cancer Patients Aid Association) to create an impact and help patients suffering from cancer in their way to a better future.

Every year, lakhs of Indians are devastated by the news of cancer. On an average, more than 1,300 Indians succumb to the dreaded disease every day. With new cancer cases or its incidence in India estimated to grow by 25% by 2020 (according to the cancer registry released by the Indian Council of Medical Research).

Women, especially, are being increasingly diagnosed with cancer. cancer has become one of the major causes of death occurring in the country as the average cost of cancer treatment costs around anywhere between 5 to 20 lakhs and is not very affordable for the poor and many people.

At Cancer Patients Aid Association’s Musical May we want to show people that cancer is not the story of someone’s life but rather just a chapter. There’s nothing in life that human spirit can’t overcome. Cancer is often a lone struggle but we at CPAA believe that each one can make a difference by Supporting and showing Solidarity with those affected, small steps today could mean a thousand leaps tomorrow...You can be a part of this campaign by Donating
Funds towards fighting Cancer for those affected, Cancer may have started the fight but let’s all get together to make a difference and finish it.

About CPAA
Cancer Patients Aid Association is a non-profit organization that has envisioned a nation where patients face the illness with the hope of living their lives to the fullest, providing them with the means to reclaim their identities.CPAA attacks the trauma patients experience holistically-physically,emotionally, psychologically and spiritually.
CPAA focuses on an all-around treatment, not only physical support, but also psychological care for the patient and the family, lifting them from
despondency, giving them hope and assuring them that there is an entire community supporting them.
CPAA has impacted the lives of hundreds of thousands of people by following the holistic philosophy of Total Management of Cancer for 50 years.

For more information
About CPAA visit: http://www.cpaaindia.org/
About Musical May visit: http://www.musicalmay.org/
I would urge you to help me to raise funds and help CPAA in implementing their amazing initiatives and impacting millions of lives.
Ask for an update
Donated to this campaign via Paytm or bank transfer? Click here if you have not received an email confirmation from Milaap.
Dear Donors,

Report fundraiser
See how thousands are crowdfunding for their causes on Milaap
Rs.19,400 raised

YR
You are sending a message to
Yoko Rai
Go back 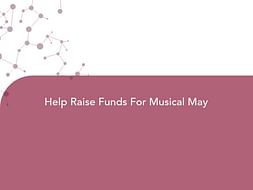